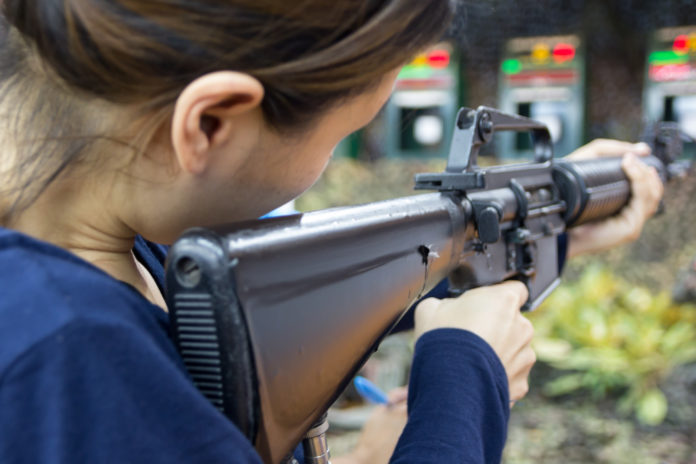 Sports shooting. Because you’re reading this site, it’s probably safe to assume that you enjoy recreational shooting. Interestingly, though, there is the stereotype that sports enthusiasts are white males. This stereotype is starting to change, though.

Stephen Gutowski gives us the details:

Excerpts from a new research project released on Tuesday show the number of women involved in the shooting sports has increased over the last two years with some shooting disciplines seeing as much as a 189 percent boost.

This is welcome news. Why? Because more people involved in shooting sports means fewer people irrationally terrified of firearms (which is often caused by not actually having handled one, so they only have the media’s spin on guns). Fewer people with an irrational fear of guns means more voters making intelligent, reasoned votes about our Second Amendment rights and candidates that support those rights. Tom Knighton further explains why this is a good thing for us:

Women tend to vote democrat. In 2016, 54 percent of all women voted for Hillary Clinton, an avowed anti-gun crusader. Women are considered a stable source of votes for anti-gun politicians. They count on this.

However, as more and more women take up shooting for personal defense and recreation, suddenly the anti-gun position becomes far more untenable. Even Democrats will have to take a step back and dial down the anti-Second Amendment rhetoric. They’ll have to or risk losing votes.

In other words, more pro-gun voters means more real freedom in terms of people voting to keep the Federal government within the boundaries of the Second Amendment and keeping state and local governments in check from bouts of paranoid overreach.

That’s definitely a good thing in my book.

Take a look at it away from the political implications: more women comfortable shooting also means more women able to defend themselves from a would-be rapist, robber, or thug wanting to assault her. That’s an all-around positive thing, too. I certainly want my wife and daughter safer, and I’m sure that you feel the same way, too.

So, in a nutshell, more women involved in sports shooting is a good thing all around, and we should be encouraging this interest and doing what we can do to grow the involvement of women in the sport.