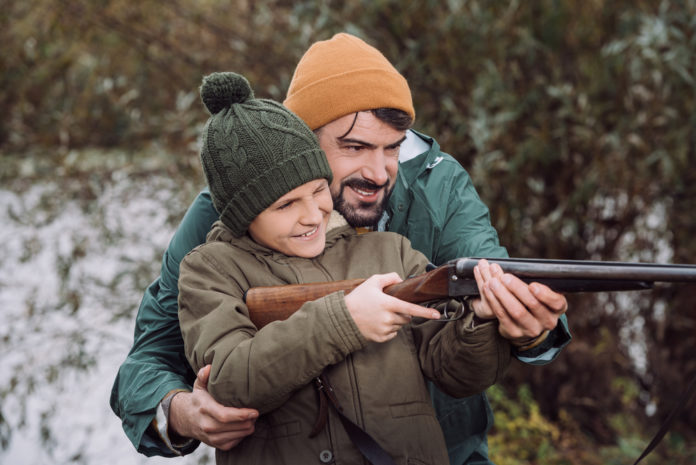 There are situations that no one wants to get into. Car crashes. Natural disasters. Muggings. Robberies. Home invasions. Regardless of political affiliation, you just don’t want to be in the middle of any of these situations when they happen.

Unfortunately, though, they do occur, and because of that, you had better be prepared for them.

Fortunately, for one family in Houston, Texas, they obviously took the time to train their children on how to handle firearms, and this may have saved their lives. Brandon Curtis gives us the details:

A planned attack on a family was thwarted by the son who was returning to the home with his mother. Upon arrival, chaos was happening inside the home as 3 armed intruders ambushed the father as he arrived home from work and forced him inside.
The armed suspects were hiding in the bushes when the father approached the home.

“Two sisters inside hid in a bedroom closet while the suspects ransacked the property.

“The girls, a 21 year old and a 15 year old, managed to hit a panic alarm as the home invasion continued. Eventually, the suspects found the girls while searching the home.”

Shortly after this began, the son arrived at the home with his mother and another sibling in the vehicle. Once he realized that something was wrong, he grabbed his gun and went after the armed suspects in an attempt to stop them from terrorizing his family.

“One of the suspects, who was armed, was shot in the head.

“The other two suspects jumped on top of the hood of the mother’s car while she and another child were still inside. The mom drove away and located a police officer at a nearby Whataburger.

Police told reporters that it doesn’t appear that any of the suspects fired their guns.

They were probably too busy worrying about whether or not their lives were about to end at the hands of an angry member of the family they just attacked.

None of the 6 family members were hurt, but that could have been an entirely different story if the son hadn’t been armed and ready to defend his family.

The suspects have not yet been caught, but let’s hope police are able to catch up with them. Since they lost a buddy during this failed attempt, maybe the two remaining will think twice about their life of crime.

A Good Guy With A Gun.

Frankly, this situation could have ended up much worse for (nearly) everyone involved, but it didn’t, and for that, we’re thankful.

Look, I’m not going to suggest that you teach your five year old to grab your .45 during a home invasion. The main priority at that age is to teach them safety and to teach them not to panic when they see a gun (so they can think straight when they see a firearm), but when your child is old enough and mature enough, you should be teaching them how to handle a firearm for a scary situation like this. The life that you save may be your own.