Home Gear Maybe Your Ammo Caliber Isn’t The Big Deal That You Thought It... 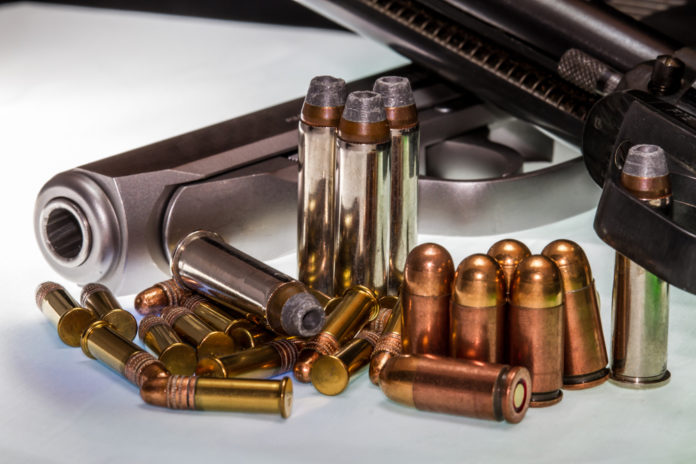 Now, it’s been pretty much a given in most circles that the bigger the caliber, the more effective that ammunition will be to stop an attacker, and, certainly, that will always be true to some extent. After all, no one really thinks that a .22 caliber is going to do near as much damage as a .50 caliber. People go squirrel hunting with .22s. A friend of mine likes to say that a .50 cal is for when you need to hit the guy that is hiding behind the fridge. Of the house next door. There is a power difference.

But what about between 9mm and .40? Some are arguing that a 9mm can be just as effective for personal protection as a .40. Why do they say that? Tom McHale gives us his take on it:

Not so long ago, 9mm was considered the minimum caliber for defensive use, and a somewhat sad compromise at that.

“Well, if you can’t carry a caliber that starts with a four, then I guess it’s better than nothing,” was an all too common gun store conversation.

More recently, 9mm ammunition has been accepted as a great option for defensive handgun use. The FBI is switching to it, and they test the living snot out of their approved ammunition before even considering making a move like that. Heck, .380 ACP is carried by millions and considered a perfectly viable option too.

I think it’s due to the incredible advances in ammunition technology over the past decade. Something or someone getting shot really doesn’t care what caliber the shooter chose (although in my mind I think 12 gauge sounds worse than 9mm). What matters is whether the projectiles penetrate to a certain depth and expand (if they’re supposed to) on a reliable basis.

If a .40 S&W bullet penetrates 13 inches and a .380 ACP penetrated 13 inches, does it really matter what the original calibers were?

Sure, the diameter of the bullet is a little different. When they started their ballistic journey, the .40 measured exactly that – .400 inches in diameter. The .380 ACP started off with a diameter of .355 inches. That’s just a .045-inch difference between the two. To put that measurement in perspective, that’s less than the width of a dime. I just measured one on my desk at .052-inches. Certainly, that .045 of an inch isn’t going to make the difference between a Hollywood-style crash through a window “I got shot” scene, and a shrugged off irritation. Provided penetration is similar, they’re both going to be effective.

I’m not saying those calibers are identical, I’m just saying that technological advances in ammunition design have elevated the performance of lower caliber rounds to the point where they work pretty darn well. That’s born out by statistics that show relatively little difference among all calibers for important things like one-shot stops and number of hits required to stop an aggressor.

If you think about it, what McHale says makes sense. Add to it that, for some people with weaker muscles supporting the wrist, the smaller caliber can also have the advantage of being less likely to hurt or injure the shooter when fired and can reduce recoil, allowing the shooter to make a greater number of accurate shots in a shorter amount of time, which can be a lifesaver.

Put simply, when the damage difference is minimal, other factors come into play which can allow someone to be as or more effective with a smaller caliber. A slightly weaker accurate shot is going to do the job better than a slightly more powerful shot that misses the mark.

But to put it all into context for when you purchase your next firearm, yes, consider caliber for stopping power, but remember that caliber is only one of many factors to take into consideration.