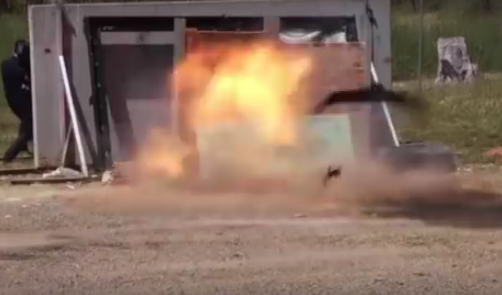 This kid might have something wrong with his body, but there’s nothing wrong with his desire to blow stuff up. A 12 year old with cancer got his wish, and it was pretty bad ass. The young man had his dream’s come true when he got to train with some of Australia’s finest and the United States Marines, he set off some explosives while he was at it.

This video is great:

It’s also nice to see that everyone in Australia isn’t a politically correct nutcase. The U.S. Marines didn’t rush him to a safe space to protect him from incoming micro-aggression’s either. This kid isn’t triggered by anything, he just wanted to pull a few triggers and you can’t blame him for that.