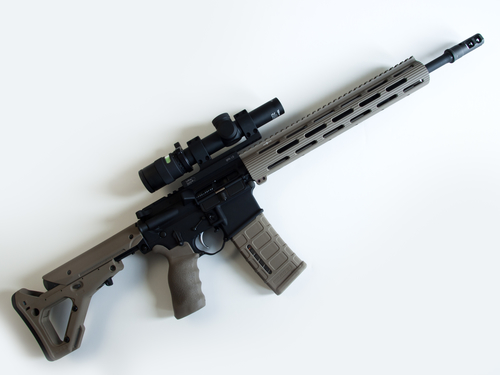 If you’re like me, when you hear the words “gun legislation,” you automatically think of anti-gunners trying to pass another bill to try to take away our Second Amendment rights. They keep trying to do it, so it’s not a surprise to jump to that conclusion.

But a Missouri lawmaker has proposed bills (yes, two) that are a direct slap in the face of anti-gunners. The KMBC 9 News Staff give us the details:

A lawmaker wants to require some Missouri residents to own AR-15 guns.

Andrew McDaniel, (R-Deering), introduced House Bill 1108 on Feb. 28. According to the bill’s description, it would establish the McDaniel Militia Act, “which requires every person between 18 and 35 years of age who can legally possess a firearm to own an AR-15 and authorizes a tax credit for a purchase of an AR-15.”

In addition, McDaniel filed a bill that would require every person 21 years of age and older to own a handgun if they are legally able to. That bill, House Bill 1052, was introduced two days prior to House Bill 1108.

According to the Missouri House of Representatives website, neither bill is currently scheduled for a hearing or is on a House calendar.

Sadly, as you can read above, there doesn’t appear to be an upcoming vote on either of these bills, but it’s refreshing to see legislators in some areas actually taking a proactive and pro-gun stand on firearms.

Now, we just need to get other legislators with the courage and gumption to do the same thing in their states that McDaniel is trying to do in Missouri.