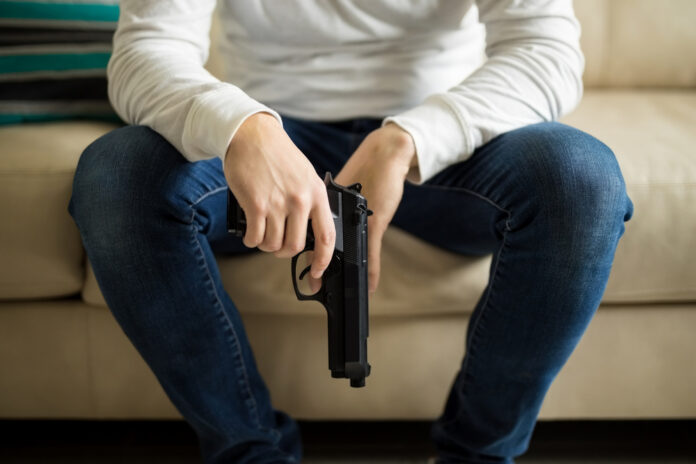 One of the favorite lines put forth by anti-gunners is that guns cause suicide. Of course, anti-gun politicians and the mainstream media take this statement as fact at face value, but does the data actually support this assertion?

If you’re a regular visitor to this site, you won’t be surprised that, no, the data does not show a link between gun ownership (or access to guns) and increased suicide rates. Vince Warde writes,

The New York Times recently published yet another article pushing the narrative that owning a firearm increases the risk of suicide.  To most people, this seems logical – but I know that the reasoning leading to this conclusion is false.  I have a great deal of experience with suicide, thanks to 10 years experience in EMS.  As a result, I absolutely know that every study I have ever seen on the issue of guns and suicide is pure bunk, as is this article.  Here’s why.

1) As anyone who has ever been a first responder knows, the vast majority of so called “suicide attempts” are not in fact attempts to commit suicide.

Never the less, that will be the admission diagnosis.  So when is a suicide attempt not a suicide attempt?  Answer: When it is done to manipulate someone or as a “cry for help” – and this intent affects the method chosen.

This is something that I, as an EMT and Paramedic saw all the time.  For instance, we would get a call for an “overdose”.  Arriving at the scene, we would find the person who had overdosed, usually on some over the counter medication.  They had then called the person they wished to manipulate and informed them that they had taken pills in an effort to kill themselves.  Of course, this person then either rushes over to the overdose “victim” or calls 911.  We would arrive and typically find a fully awake patient who now would be placed on a mental health hold due to “attempt suicide”. […] For every actual suicide attempt I responded to in my 10 years in EMS, I responded to 50 to 100 of these “non-suicide suicide attempts”.

Warde’s second point is “2) People chose a suicide method based upon their desire to live or their desire to die.” In other words, the people who pick guns for their suicide method actually want to die. People who choose less “effective” methods choose those other methods because they don’t really want to die. They’re trying to accomplish something else but calling it a suicide attempt. If people who are serious about committing suicide don’t have access to guns, then they find another method to get it done. Don’t believe me? Then read the next point.

Warde’s third point is “3) The data from the rest of the world completely refutes the article’s conclusion.” Warde then goes on to point out “First, the nations that have the highest suicide rates frequently have very low to no legal firearms availability.” and “Second, when we compare similar English speaking nations, that widely differ in their access to firearms, we do not see a huge difference in the suicide rates[…].” An inconvenient truth for anti-gunners.

Warde’s last point is a refreshing dose of common sense in the gun control debate. Warde writes, “4) Finally, it is a practical impossibly to eliminate all suicide methods that those who truly wish to die might use.” So, maybe we should focus on reducing and eliminating the causes of suicide while remembering that the cause isn’t guns.

Maybe you’re wondering why we haven’t heard these facts and statistics in the mainstream media before. It’s simple, really. Warde writes,

Why do gun control advocates push gun control as the answer to suicide?  Well, as gun ownership and concealed carry have skyrocketed, the murder rate has dropped by 50% and violent crime has plummeted.  Their answer has been to push their own “gun death” figure that combines all firearms related deaths.  However, about 66% of these deaths are suicides.  If people realize that gun control has no hope of reducing suicides, those who are anti-gun rights lose their most powerful argument.   That is why they will continue to push this lie.

Look, the fact of the matter is that suicides, like gun violence, are a matter of the heart. We can (and should) have a discussion about ways to reduce both gun violence and suicide rates, but if these discussions are going to give us answers that work in the real world, then we need to understand the truth about gun deaths. And what is that truth? It is that guns aren’t to blame, but the warped hearts and minds of some people are to blame.

Guns are just a tool that can be used for protection or for evil. Removing the tool won’t prevent depressed or evil people from finding other ways to do the horrible deed, but it would prevent law abiding folks from what may be their best way to protect themselves from evil people.