I’m sitting in a hotel room in Las Vegas writing you today because I’m at SHOT Show 2017.

The SHOT (Shooting, Hunting, Outdoor Trade) Show is the biggest annual trade show of this type in the WORLD.

Attendance is RESTRICTED to the shooting, hunting and outdoor trade and commercial buyers and sellers of military, law enforcement and tactical products and services ONLY.

That means it’s not like a gun show where you can walk in off the street to check stuff out and buy it, you have to be in the “business” so to speak.

Yesterday I was at the the SHOT Show Industry day tat the range, which means I got to shoot a ton of guns from all the manufacturers there. Check out what I saw …

For a quick primer on what goes on during the Industry Day at the range, check out this promo video from SHOT show:

Early in the day, I helped my friends over at Dixie Gun Worx setup their shooting tables — which are the official shooting tables provided by the SHOT show for the exhibitors. Some brough their own, but these bad boys were setup for many of the booths. 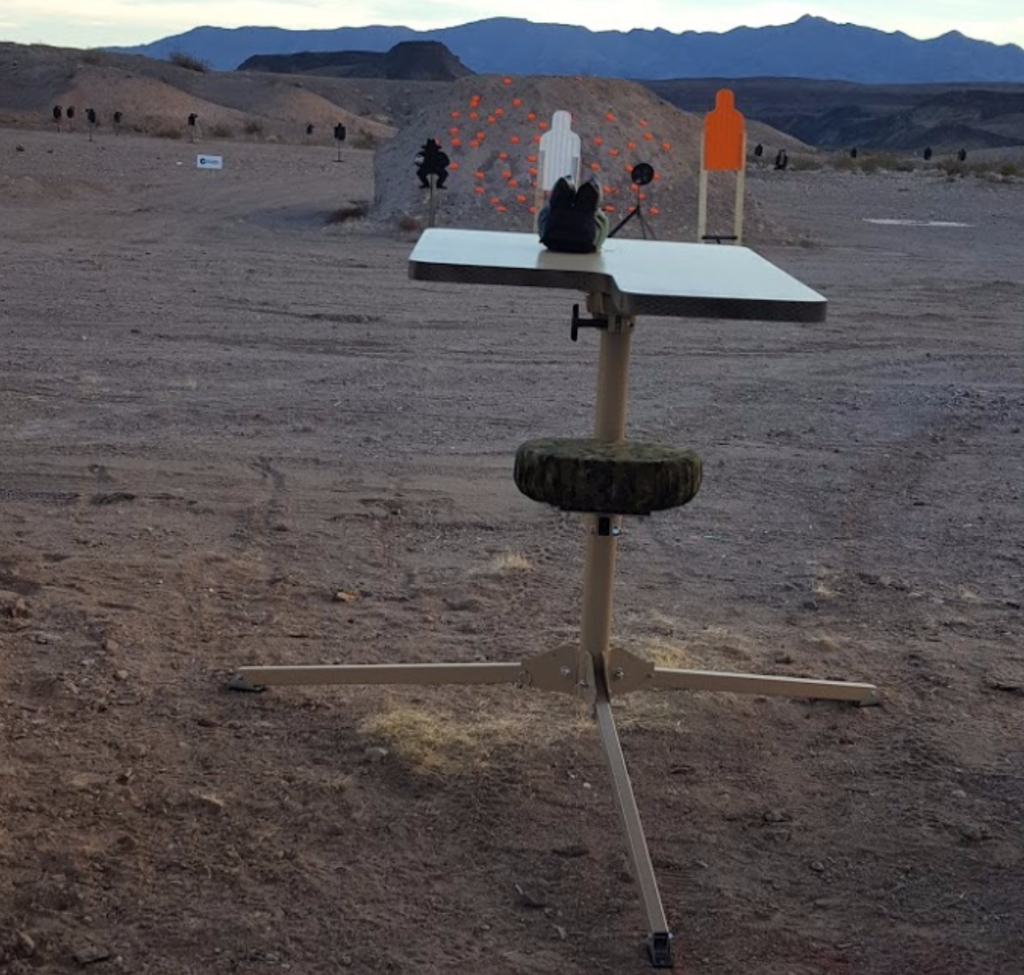 They’re pretty darn cool actually, because they’re completely mobile. The table top disconnects from the base. The base is a tripod design that folds up and so does the shooting seat. The shooting seat is completely and totally adjustable — meaning you can easily (within seconds) have it setup for right or left handed shooters and accommodate various heights of shooters. 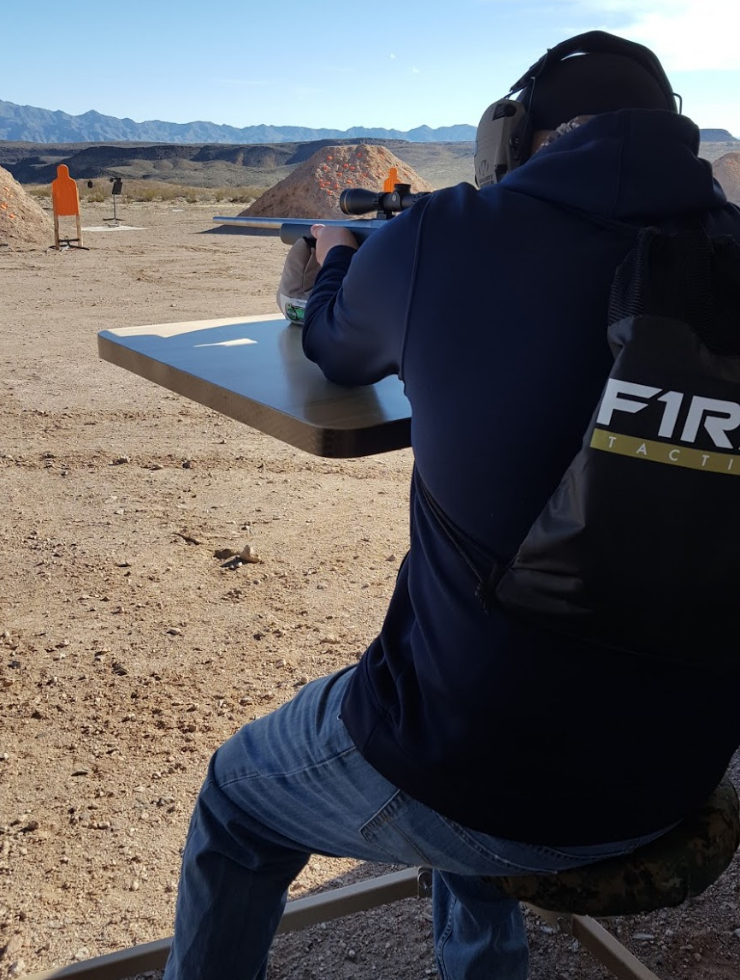 I’ll be doing a full review on these shooting tables in the future, because I think they’re a big jump forward compared to what most people are using and they fit a really unique spot in the market place.

I don’t have any aftermarket triggers in any of my AR-15’s. But that MAY change in the future because of Geissele. I got to shoot their single-stage and 2-stage triggers – the SSA and SD-SSP specifically – and they were really, really nice. This was actually my first time shooting a single-stage and I can see how it’d make long range accurate shots much easier. 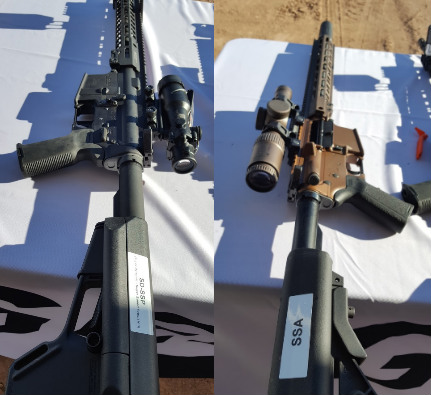 Of note was the new rail from Geissele too. I’m a big fan of their rails, I really liked this one too the new MK13 rail, this one was 13″: 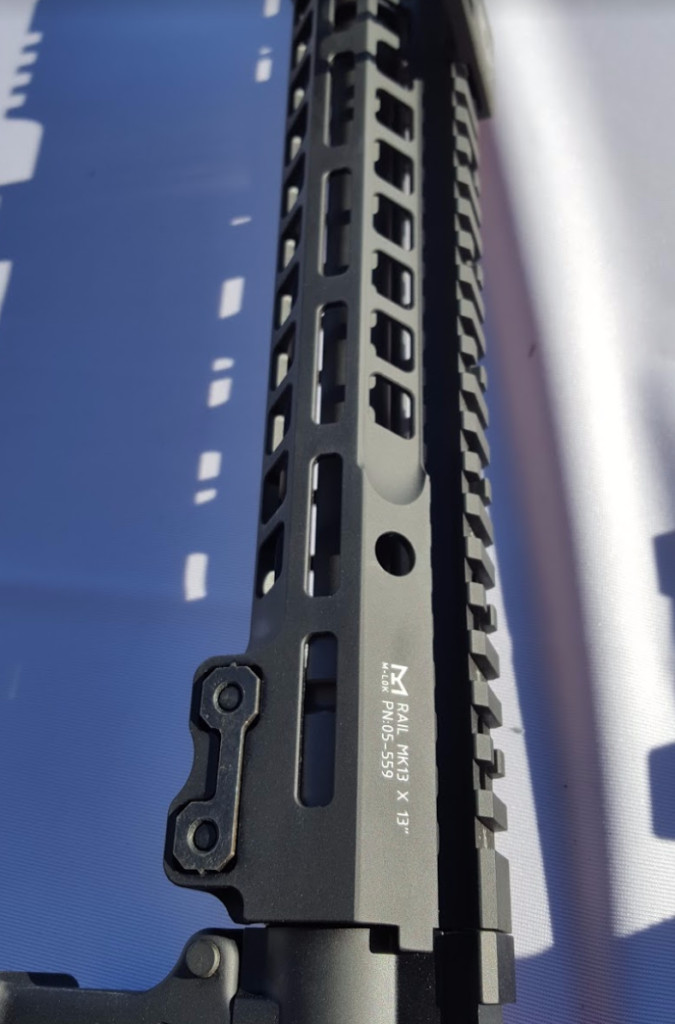 You already know that I’m a big fan of Vortex scopes for the AR-15. With their durable construction, great glass, and all for an even better price and lifetime warranty they’re great scopes. This new holographic site — if it is anything like their scopes — will be a serious contender. 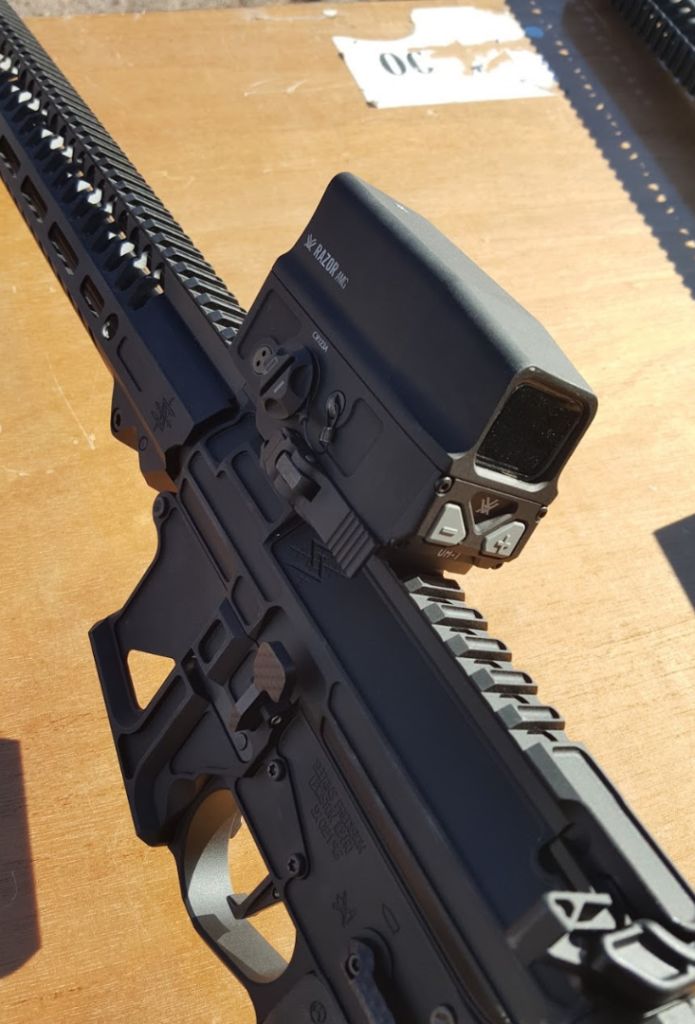 It’s the Razor AMG UH-1 and it’s sweet. I’ve barely ever used a holographic site, but this was so easy to use I was able to hit a “hostage” steel target (similar to the image below) in 1.80 from low ready at (I’m guessing?) 15-25yds with it. They had a little contest going on and they wrote my score down on a brochure — you can see how it can allow you to make precise shots really quickly: 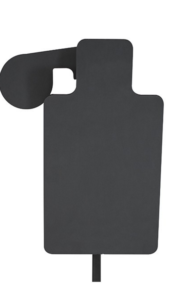 This new polymer copper ammo from Ruger and Inceptor looks promising. The rest of the cartridge is the same except the bullet projectile is made from a copper polymer blend and it comes in both self defense projectiles and “training” ammo similar to ball ammo like the pic below: 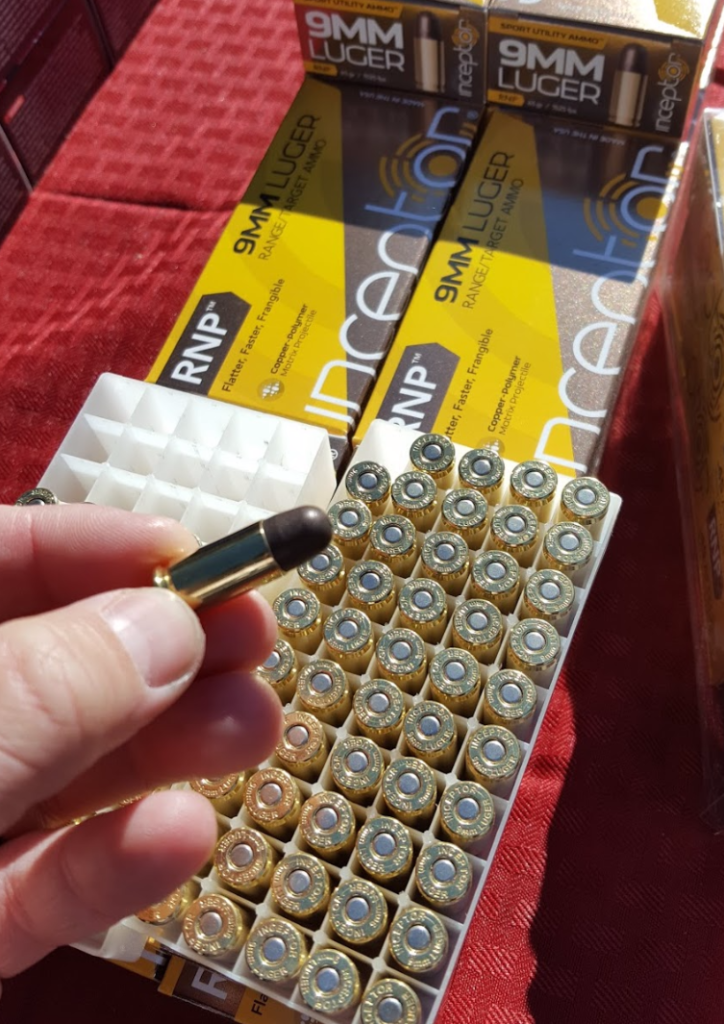 And because it was a Monday (and I’m guessing because he was bored?), Jerry Miculek broke yet another world shooting record with official time keeping by the NRA there. Here he is praising the M&P-15 that he used in typical Jerry — humble — fashion instead of himself after smoking the three targets with over 7 rounds in 1.50 seconds I believe it was? I’ll have to track down the actual record he broke. Of note, I THINK he was using the new Vortex holographic site I talked about for this? 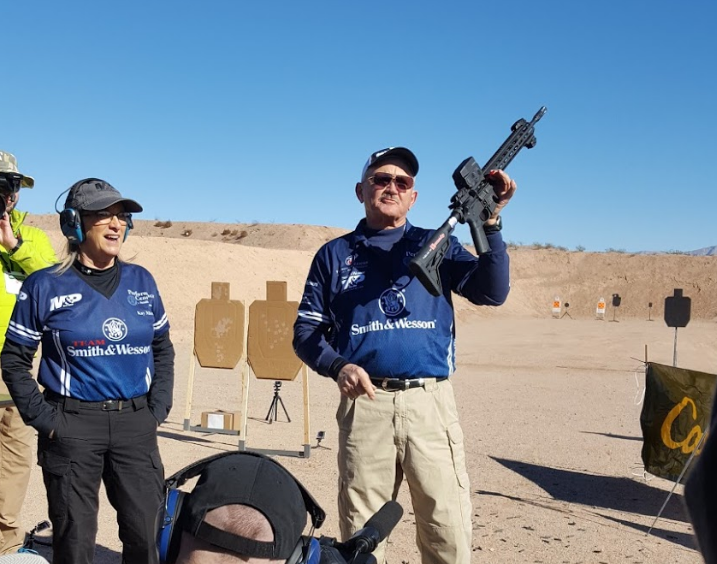 Silencers are BIG and going to keep getting bigger

Because of Trump being in the White House it seems like everyone is expecting the legislation for safe hearing — making silencers finally legal without all the hassles of paper work — to pass. I stopped by the SilencerCo booth and got to finally shoot the shotgun silencer and a really, really cool 45-70 lever gun that was silenced. Of note is that the silencer REALLY reduces the felt recoil of normally hard-kicking guns like the shotgun and 45-70 and turns the impulse into more of a “push” feel then a sharp jab into your shoulder. Silencers are going to be an excellent way to introduce new people to shooting in the future — I can’t wait till they’re 100% legal like they should be. 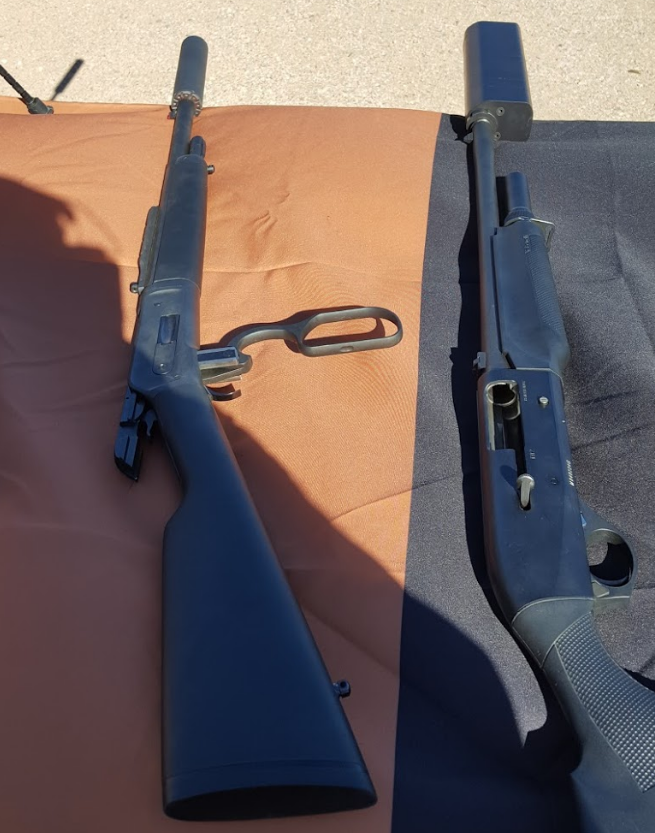 Lastly, because this is getting long and I have to get ready for the 2nd day of SHOT show here, another cool new thing is that UTM is really expanding their training rounds for the civilian market. 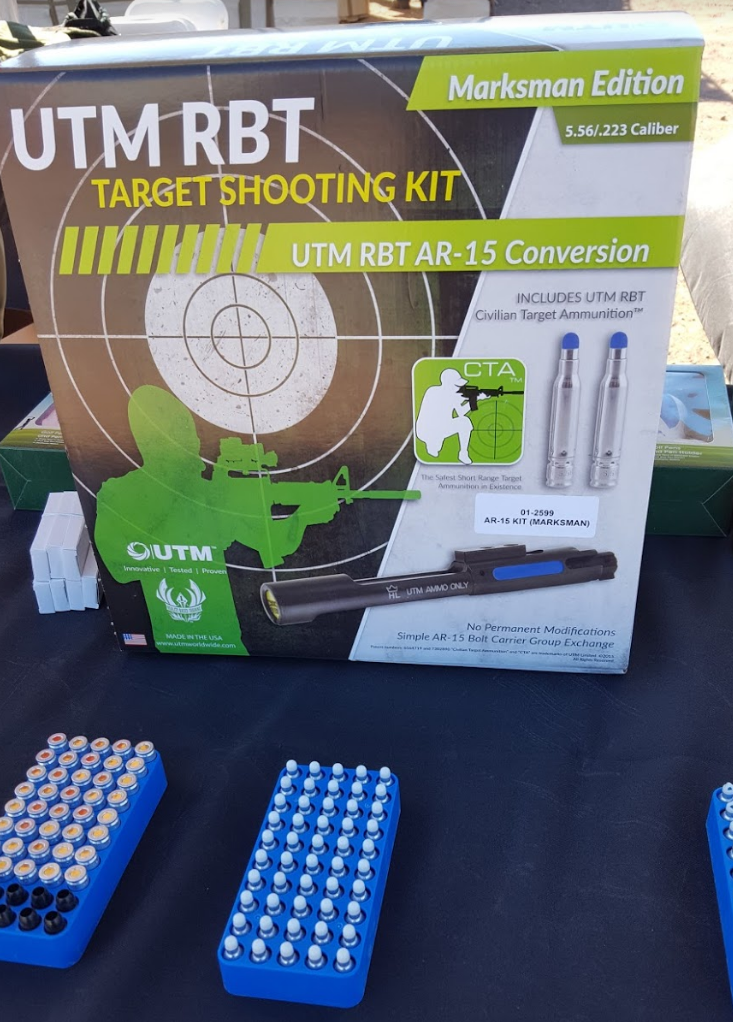 Now you can buy these kits relatively affordably and either do target shooting in your backyard (even in the suburbs! As long as your neighbors are cool …) with your normal guns you shoot (but shooting these paint rounds) or force-on-force training with the “man marker” rounds using your concealed carry or home defense guns. Really valuable training is going to happen in the future because these guys are selling to civilians when many aren’t.