Home Guns Anti-Gunners Get Trolled By This YouTubing Gun Owner 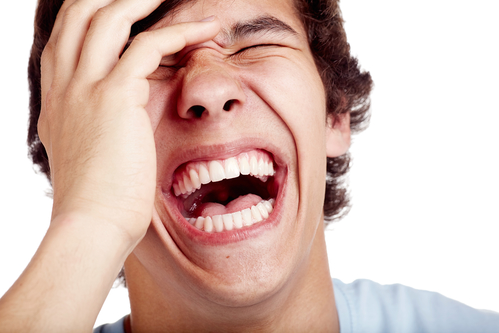 I admit it. There is a bit of a “troll” in me. I like to laugh at people when they do something that common sense tells them not to do, and then karma comes back to bite them in the butt.

Maybe that’s why I got so much glee out of seeing a Missouri gun owner use anti-gunners’ programs against them. A writer going by the pen name of Sgt. A. Merica writes,

So there I am working this gun buy-back program.

And the whole time I stood there wondering, “who is the idiot who came up with this initiative?”

If you’ve never heard of it before, the way that it works is this: you bring in guns, we give you either money or gift cards, depending on how stupid your state leaders are.

The goal is to take guns off the street.

And yet for some reason, even though I’ve worked probably 50 of these damn programs, I have yet to see a felon walk in and say, “you know what?  Lemme get a Walmart card for this .40 I stole from my boy.”

Nine times out of 10, those selling us their guns are law-abiding citizens getting rid of broken or unused weapons.

It’s entrepreneurship at its finest.  So for that, I need to give some serious props to state leaders.  While they failed at the whole “gun handover” thing, they sure succeeded at giving people a side hustle.

A Missouri man sold his firearms made out of scrap metal and garbage to a gun buy-back program…  and then used the money to buy a real gun.

We call that man a “patriot”.

YouTuber Royal Nonesuch made a quick $300 by taking 3 firearms that he’d built out of scrap and selling them back to the state of Missouri. He described two of the pipe guns as the ‘crappiest guns I’ve ever made’ but was still able to successfully sell them off to the program.

That’s a beautiful story. Simply brings a tear to my eye.

Seriously, though, this guy beautifully trolled anti-gunners by using their stupid gun buyback program against them so that he could buy a quality firearm with their money. And then posted the video on YouTube.

I can’t think of a better way to do it, and my hat goes off to this guy.

Next time that you’re near a gun buyback program, you know what to do.