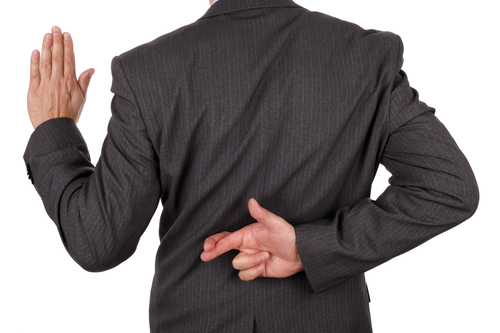 Anti-gunners’ hypocrisy is becoming so widespread that it almost seems that you can’t go a day without hearing another story about how an anti-gunner (often a politician) has been preaching a do-as-I-say-not-as-I-do anti-gun message.

Well, guess what? Here’s another one.

And, this time, the story comes from that anti-gun fairy wonderland of Chicago. Luis Valdes writes,

Ed Burke, Chicago’s longest-serving alderman and one if its most powerful, was charged with extortion in federal court on Thursday. The chairman of the city’s finance committee, who’s been in office for fifty years after succeeding his father, knows a thing or two about money.

According to federal investigators, the former city cop used his power to tie up the business licensing process for a southwest Chicago Burger King restaurant to force the owners to steer their legal business to his firm.

From the Sun Times:

After the company struggled to have its permits approved, it agreed to steer business to Burke’s firm, according to the complaint. When (city employee Meaghan) Synowiecki asked whether he wanted business from all of its Illinois locations or just those in Cook County, Burke allegedly replied, “Umm, all Illinois locations.”

That was Dec. 19, 2017. An application for a driveway permit from the company was approved the same day, according to the complaint.

But in an almost Leland Yee-like twist, when the feds raided the allegedly corrupt alderman’s offices, they found the long-time gun control proponent was armed to the teeth.

It’s still not known if the guns that were found in November were discovered at Burke’s ward office or at City Hall, but it’s hard to miss the irony of a staunch gun control advocate having to turn over 23 guns as a condition of his bond.

That’s right. Alderman Burke, the embodiment of the city’s corrupt political machine, a man who had campaigned for decades on gun control and Second Amendment restrictions, was found to have 23 firearms in his office.

From outlawing cell phone cases shaped like guns to bans on concealed weapons in places that serve alcohol and broadening the gun offender registry in Chicago, Ald. Ed Burke’s aldermanic record has defined him as an ardent supporter of gun control.

That’s why many people did a double take when federal prosecutors announced that investigators had found nearly two dozen guns not in his home but in his offices.

You have to hand it to Burke for having some serious gall. After all, he’s been a strident and flagrant hypocrite for (probably) his entire term in office.

Unfortunately, though, if past election results in Chicago are any indication, he’ll probably get re-elected from jail. Still, we can keep hoping that people in that city wake up and vote in someone with integrity and intelligence about gun rights.