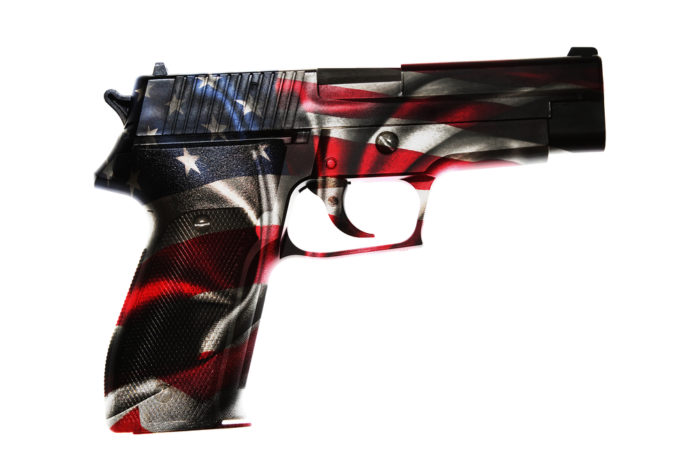 You might have heard of Senator Corey Booker (D-NJ) from his “I am Spartacus” silliness during the Brett Kavanaugh Supreme Court confirmation hearings. If you do, you’ll remember that he did a lot of grandstanding with empty rhetoric. It seemed clear to anyone paying attention that he was using that hearing to set up a Presidential bid for 2020. And that’s exactly what he did.

Now, going along with his pattern of silly statements and grandstanding, Booker is trying to set himself up as the candidate that anti-gunners will love, all emotion and no rational thought. AWR Hawkins writes,

Fox News quoted Booker saying, “We will bring a fight to the NRA like they have never, ever seen before — and we will win.”

Booker also listed specific gun controls he would push as president, saying, “We won’t wait for more thoughts and prayers for communities that have been shattered by gun violence from Pittsburgh to Parkland to Charleston. We will pass universal background checks, we will ban assault weapons and close loopholes that allow people who never should have a gun to get one.”

He did not mention that nearly every mass shooter in the last ten years acquired his guns via a background check. Therefore, universal background checks would not have stopped a single one of those shootings. Moreover, he did not point out that the Department of Justice’s National Institute of Justice issued a report showing the 1994-2004 “assault weapons” ban did not reduce crime.

Booker also overlooked the fact that the so-called “Charleston Loophole” was actually a clerical error that misled background check reviewers. It was not an error, or loophole, in background check system.

On March 31, Breitbart News reported Booker’s claim that the U.S. has “a mass shooting every day.” He hedged his statement by saying these shootings occur “in the aggregate.” In other words, there are four individual murders across the country that, if counted together on a given day, can be redefined as a mass shooting.

Now, if there is a more ridiculous person who has already thrown their hat into the ring for the 2020 Presidential race, I don’t know who it is. What I do know, though, is that we don’t need this clown in office, so let’s stay on the offensive and make sure that we get pro-gun people like us to vote for someone with some common sense.