Home Guns One South Central State Is Already Planning On How To Nullify Red... 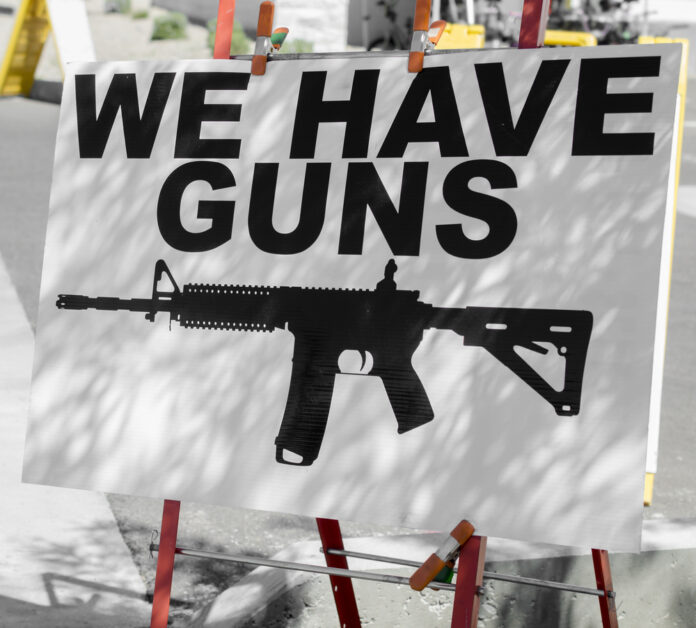 As you know, gun control advocates keep pushing their foolish pet platform, and with them gaining control of the House of Representatives in the 2018 election, they have aggressively pushed to get more of their dangerous ideas into place.

Fortunately, though, not everyone in our country has fallen prey to the bizarre and misguided fetish for red flag laws. In fact, intelligent people in at least one state are looking ahead for ways to circumvent and to effectively nullify any red flag laws coming from the Federal level if they are passed. Matt Agorist writes,

A bill prefiled in the Oklahoma Senate would prohibit state enforcement of any federal “red-flag” laws, setting the foundation to nullify any such laws in practice and effect.

Sen. Nathan Dahm (R-Broken Arrow) filed Senate Bill 1081 (SB1081) for introduction in the 2020 legislative session. Under the proposed law, the Oklahoma legislature would “occupy and preempt the entire field of legislation in this state touching in any way federal or state extreme risk protection orders against or upon a citizen of Oklahoma to the complete exclusion of any order, ordinance or regulation by any municipality or other political subdivision of this state. “ In effect, only the Oklahoma legislature could pass any type of so-called red-flag law effective in the Sooner State.

The legislation also would declare that any federal red-flag law “which would infringe upon a citizen’s Constitutionally-protected rights including, but not limited to the right to due process, the right to keep and bear arms and the right to free speech, shall be null, void, unenforceable and of no effect in the state of Oklahoma.”

These declarations would have very little effect in practice, but SB1081 includes provisions that would make federal red-flag laws nearly impossible to enforce in Oklahoma. The proposed law would prohibit any  Oklahoma agency or any political subdivision from accepting any federal grants to implement any federal statute, rule or executive order, federal or state judicial order or judicial findings that would have the effect of forcing an extreme risk protection order against or upon a citizen of Oklahoma.

It would also make it a felony offense for any individual, including a law enforcement officer, to enforce a federal red flag law. In effect, this would bar state and local police from enforcing a federal red-flag law.

The federal government relies heavily on state cooperation to implement and enforce almost all of its laws, regulations and acts. By simply withdrawing this necessary cooperation, states and localities can nullify in effect many federal actions.

It’s such a simple solution. If the Federal government passes a red flag law, then the state simply refuses to enforce it, and if no one enforces a law, it doesn’t matter if it is on the books or not. No enforcement means the law, for all practical purposes, doesn’t exist.

Because of the effectiveness of this idea, this may be an idea that you want to push to get passed in your state, as well. Your gun rights may be what you save by doing so.

Seattle Is ‘Textbook Example’ Of Gun Control. Here’s Why This Should...