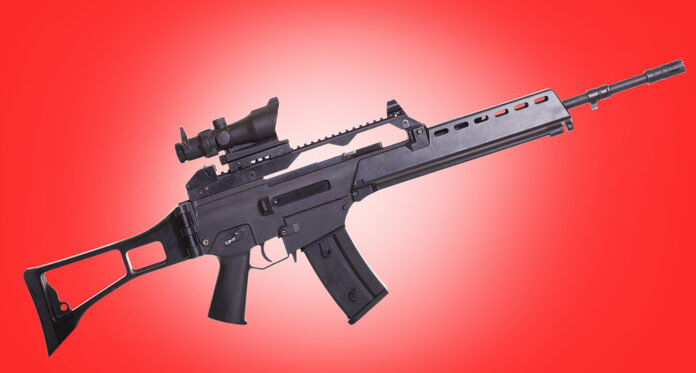 It’s amazing how the stupidity of anti-gunners in Virginia continues to escalate.

Some of those “other things” are that the bill prevents modifying a firearm into an “assault weapon” which likely means that you aren’t allowed to make your gun look scary.

Another provision is even more disturbing. Crump continues,

This hidden provision would make it illegal for the manufacturing of “assault firearms” in Virginia unless the intent is to sell it to the military or the police. Several manufacturers in Virginia would be put out of business or forced to move out of Virginia. The people employed by these companies would lose their jobs and cause economic hardships on the very people Democrats claim they care about the most, the working class.

In fact, they showed how much they cared about the public by only giving them six minutes to express their opposition to HB 961. After the committee voted the public was kicked out of the room by Capitol police under threat of arrest on orders from the Democrats. Talking to long time observers none could recall that happening before.

That’s right, only six minutes for the public to debate a bill which could be numerous people out of work. It’s obvious that these legislators really care about their constituents, isn’t it?

It’s this kind of attempt to run roughshod over our Second Amendment rights and shove gun control down our throats without any opportunity for opposition which caused the #VAGunRightsRebellion to begin in the first place, and it’s this continued idiocy on the part of gun control advocates which causes the rebellion to continue.