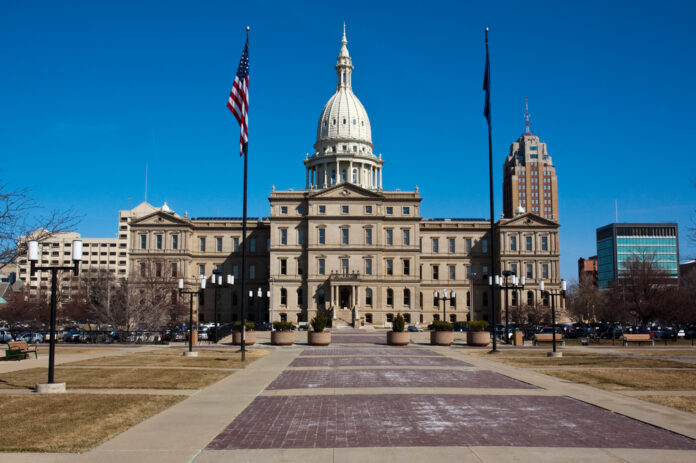 When are Americans going to finally stop putting up with politicians giving them the shaft and smiling about it?

I won’t pretend that this kind of evil manipulation doesn’t come from both sides of the political aisle, but let’s be frank here: I see a lot more of it from the left.

Michigan’s Governor / Queen Gretchen Whitmer gives us another example of this nonsense by padding a “relief bill” with a bunch of non-relief-oriented stuff. Like gun control (hat tip to here for the lead). C.J. Moore writes,

A $5.6 billion COVID-19 recovery plan unveiled Tuesday by Gov. Gretchen Whitmer carves out $5 million to be put toward upgrading security at the Michigan State Capitol.

The administration indicated it would send the formal request for a budget supplemental to lawmakers on Wednesday. The $5 million would go toward enforcing a weapons ban at the state Capitol.

Like everything else in Whitmer’s relief proposal, the appropriation would have to be approved by the GOP-majority state Legislature.

The request for funds to establish the weapons ban comes months after right-wing protesters stormed the state Capitol in April over restrictions Whitmer put in place to curb the COVID-19 pandemic. A number of armed protests have been held on the Capitol grounds since President Joe Biden’s win in the 2020 election.

Whitmer, a Democrat, also became the target of an alleged right-wing extremist assassination plot in October.

Now, I get it. Whitmer wants to fee safe. She was the apparent target of a group who wanted to kill her. I’m not trying to discount her desire or right to be safe, but let’s make that it’s own bill instead of trying to hijack a bill to provide COVID relief funds to people even if you’re doing it because that’s the only way that you can get what you want.

And politicians wonder why average Americans think that they’re crooks.