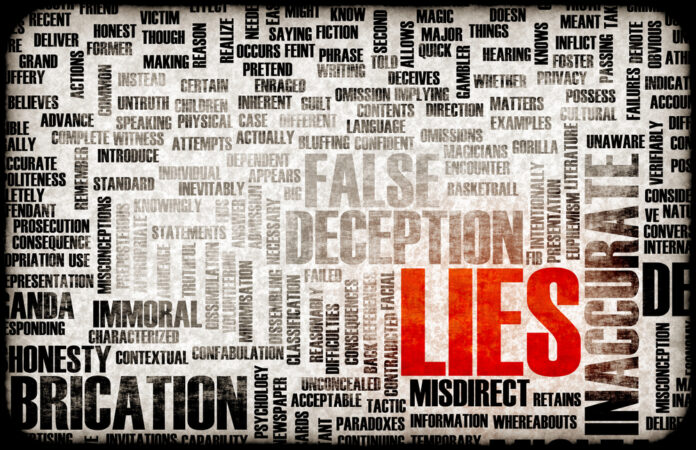 It’s become one of the most common phrases in America over the last six years: Fake News.

Now, fake news (the real stuff, not the true information that the legacy media calls disinformation simply because it disagrees with their politics) comes in a few different types. One type is a story that is made up out of whole cloth (meaning there is no factual basis at all). Another type is leaving out important information, such as context or opposing viewpoints, that would give the viewer the ability to get a more complete picture of the situation instead of giving a false picture of the situation by withholding information.

And, then, you have the type of fake news that we’re dealing with today: blatantly false information in a story that may otherwise be true. So, here is today’s lie, courtesy of ABC’s Samara Lynn. Lynn writes,

[Paul] Kemp [who is the co-founder and president of Gun Owners for Responsible Ownership] also said he wouldn’t use an assault rifle to hunt because of what it does to flesh.

“The way an AR-15 round enters the body … it’s designed to tumble and create a lot of tissue damage,” he said.

Now, notice that Kemp’s gun control organization is trying to sound very similar in name to Gun Owners of America, but GOA wouldn’t put out this kind of nonsense. Kevin D. Williamson clarifies what is so wrong in Kemp’s statement. Williamson writes,

This is a deathless urban legend. No, 5.56mm rounds are not “designed to tumble”: The whole point of rifling (the grooves inside a gun barrel) is to make bullets spin so that they do not wobble and tumble — think of a well-thrown football vs. a poorly thrown one — and in that way to make firearms more accurate. That was the big advance from muskets to the “Kentucky rifle.”

As any hunter knows, all bullets can behave in unpredictable ways once they hit something, but the notion of special magic “tumbling” 5.56mm bullets is pure superstition.

[The 5.56mm cartridge] isn’t some special weird thing — it’s just an ordinary bullet that is a lot like every other bullet.

Now, whether you want to attribute the lie to an attempt to get more eyeballs on the article or an attempt to push an agenda (I think that it’s both), the fact is that the lie is just that: a lie.

ABC is lying about this, and it’s either through ignorance or through intentional deception. Neither is acceptable from a “news” organization.