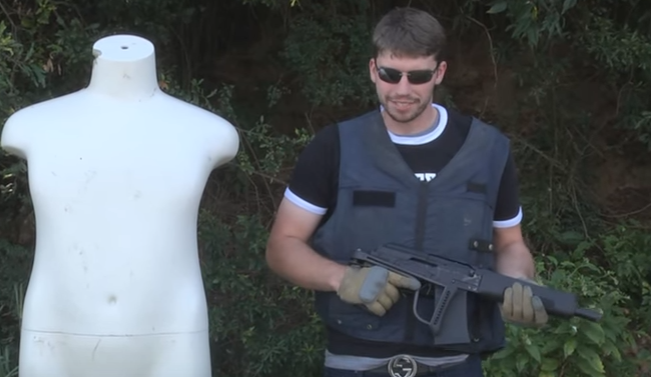 If you’re into manufacturing drugs in Indonesia, you better put yourself on notice. Indonesia’s anti-drug agency isn’t messing around with their choice of weaponry. They just received a fresh batch of Saiga’s AK-style 12 gauge shotguns, the Saiga-12S.

The automatic shotgun is often forgotten about as a military/police weapon. Nearly all American police agencies use pump action shotguns because some specialty ammo, such as bean bag rounds, might not cycle the action of an auto. Even worse, using specialty ammo could cause the gun to jam or damage the gun due to too much pressure (depending on the type of specialty round). However, as the use of beefy weapons like the Saiga increases, more  specialty rounds (tear gas, bean bag, rubber sabot, etc.) will be approved for use in such guns.

In the case of Indonesia, interest in bean bag rounds is limited anyway. They are just looking for a powerful close-quarters combat weapon and it doesn’t get anymore brutal than the Siaga 12s in that department.

Here’s the low-down from The Firearms Blog:

Besides the shipment of firearms, specialists of Kalashnikov Concern arranged a demonstration of the new gun and training for the officers of mentioned Indonesian agency. According to Kalashnikov Concern, this deal has a strategic importance for the company in terms of expanding arms exports and establishing new business relations with foreign partners.

The letter “S” (Cyrillic “С”, stands for Складной – Folding) in the designation of the gun means that it has a folding stock. Saiga-12S was initially introduced with an AK-74 type folding polymer stock. However, later it was offered with a number of other folding stock and recoil pad options. According to Kalashnikov, the shotguns supplied to Indonesia feature a skeletonized stock (triangular) with a rubber recoil pad to effectively mitigate the recoil generated by 12 gauge ammunition. The receiver dust cover has a Picatinny rail. The gun also has standard AK-type iron sights and accessory rails under the handguard and gas block. Another feature is the enlarged magazine well.

As an AK-style weapon, the Saiga is affordable and available. Anyone who dismisses this weapon as impractical, simply needs to examine the growing list of military and police organizations that are using it. Features such as the enlarged magazine well and accessory rails bring this shotgun up to date with it’s competitors. As popularity grows, the production of after-market accessory and parts should continue to grow as well. The Saiga 12 is a gun that deserves a second look by anyone in the market for an automatic self defense shotgun