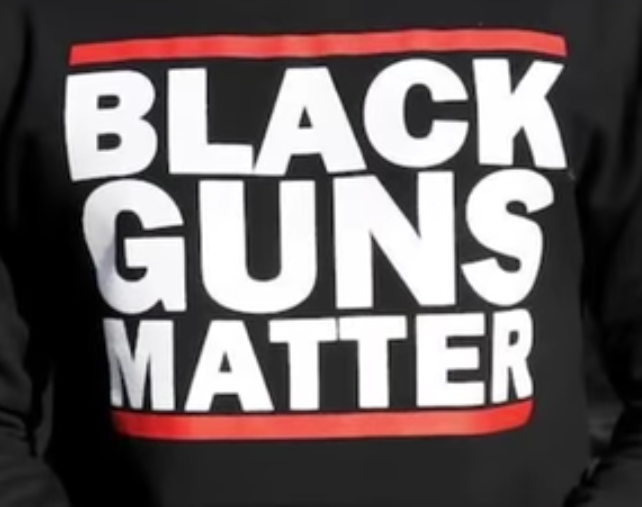 If you grew up at the same time that I did in the 1970s and 1980s, then, you may remember that cable television wasn’t widely available, and the scourge of CNN (Cable News Network) wasn’t, yet, in existence. Maybe, like my parents, your parents watched news shows like 20/20 on ABC because it was one of the few news shows that gave more than a superficial viewpoint on issues.

One of the best known reporters on 20/20 was a guy named John Stossel. Now, Stossel left ABC (and 20/20) years ago and spent several years at Fox since then, but you may not know that he is still reporting, just not for a news network.

As part of that reporting, he recently did a piece on a gentleman by the name of Maj Toure, and since you’re reading this site, I suspect that you’ll appreciate what Toure has to say about guns, gun control, and the Second Amendment (and some of his T-shirts, too). You can watch Stossel’s piece on Toure below.

Did you see those shirts? “Make Criminals Afraid Again.” What a great shirt!

And Toure’s comments on gun ownership in the black community? “No one’s coming to save me. I have to save and protect myself and my family, myself.” Also, “All gun control is racist.” The logic doesn’t get more basic, straightforward, and accurate than that.

And Toure argues that the more legal, trained gun owners there are, the less crime that there will be. And the statistics back that up.

Toure is right on point with these things. Law-abiding Americans should be able to legally own firearms because, as the saying goes, when you have seconds, the police are minutes away (No criticism of law enforcement there. They just can’t be everywhere at once to be on the scene when everything wrong happens.).

The black community in America doesn’t need anti-2A politicians treating them like they’re helpless victims that need to depend on the government. They are Americans with the exact same rights as everyone else, and they shouldn’t tolerate anti-2A politicians trying to make them defenseless.

You Won’t Believe The RACIST Accusation 1 Professor Made Against Gun...