In 1996, Australia banned semi-automatic rifles, shotguns and other “assault 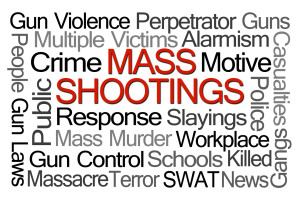 Now it’s 17 years later, and even though they were successful in grabbing a mother lode of guns from a now-disarmed and law-abiding public … they have a new problem.

Out of control gun violence.

“There is no single source of gun violence… guns have fallen into the hands of organized crime, outlaw motorcycle gangs, mid-level crime groups and petty thieves and the lines are often blurred.”

And now Australia has started Operation Talon, pulling together all of its gun control operations into one and going after the criminals. I suppose it’s trying and clean up the mess it started by disarming its own citizens.

I guess this proves that criminals don’t pay very much attention to gun bans and control measures, doesn’t it?  Of course they don’t.  All Australia did was make it easier for criminals to operate against defenseless citizens.

But in what has to be a clear act of outright insanity, our fearless leaders in Washington want to do the same exact thing here in the U.S.

And the gun policies that Australia has enforced are the exact ones that gun control pushers like Mayor Michael Bloomberg and Senator Dianne Feinstein want to see here in the U.S.

The great scientist Albert Einstein is often credited as defining insanity as:

Doing the same thing over and over again, but expecting different results.

Well, after seeing the results of 17 years of gun-grabbing policy in Australia and then still trying to do the same thing here in our own country … that can only be described as insanity.