Home Guns Video Asks: Will Virginia’s Gun Rights Battle Be The Start Of A... 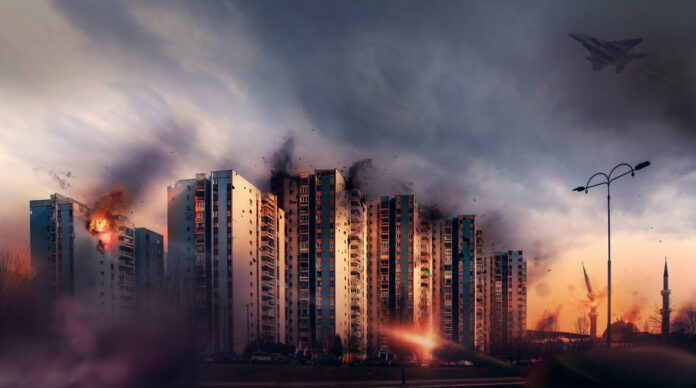 If you’ve been reading this site, then you know that Virginia is shaping up to be a major battle ground in the fight between gun control and gun rights.

Anti-gun governor Ralph Northam is taking advantage of having a Democratic controlled legislature in that state to try to force gun control and gun confiscation down the throats of that traditionally pro-gun state.

In response, most of the counties and independent cities in that state have declared themselves gun sanctuaries.

To which anti-gunners in the state government have threatened to send in the National Guard and to use legal means to fire any law enforcement officer who refuses to enforce gun control or gun confiscation laws.

It’s looking like it has the potential to turn pretty ugly, and a YouTuber going by the name of The Patriot Nurse agrees. See what she has to say about this issue here:

If you watched this video, then you know that The Patriot Nurse has no problem saying some controversial things. Whether you agree with her on everything that she says, she is exactly right that what we are seeing here is the attempt of urban areas, which typically are people who have very little experience with firearms except on the wrong end of a criminal threatening them with a gun, to force gun control on the rest of the state.

Another thing that she says that is right on the money is that, when it comes down to it, laws are just words on paper. They do not have force by themselves. It is the threat of force behind the words that give the words force, and the founding fathers gave Americans gun rights to prevent governments from using threat of force to oppress us. Thus, it is our duty to safeguard our own rights.

Is The Patriot Nurse calling for civil war in America? It could be interpreted that way, but, as we all know, it usually is enough to know that people can defend themselves with firearms to prevent being oppressed by other people. The firearms don’t usually need to be used for a person to defend their rights. Let’s hope and pray that this #VAGunRightsRebellion doesn’t end in violence and bloodshed.