Home News You Are A Mass Shooter? These Crazy Liberals Probably Think So… 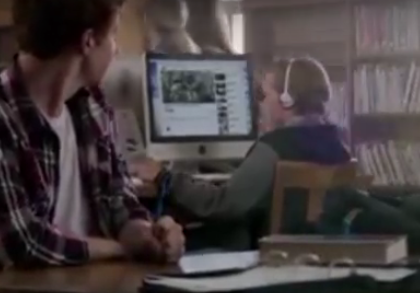 Just when you think progressives can’t get any more irrational, they go and run an ad like this:

I wonder if the fact that the boy in the video seems to like girls also makes him more likely to be a mass shooter. The “warning signs” seem to apply to the vast majority of young men everywhere. Everyone got picked on once in a while, as a teenager. Lots of boys like guns, teenagers often listen to music and feel anti-social from time to time. Are they all shooters?

The “warning signs” of a mass shooter are just as irrational as the supposedly deadly features on a so-called assault rifle. After the mass shooter reads his gun magazines, he’ll learn that if he uses a gun that’s painted black that has purely cosmetic features, such as a bayonet lug, more people will die or something, right liberals?

In the mean time, liberals will continue to ignore actual warning signs. You know, like the time the insane scumbag murderer from Sandy Hook tried to buy a gun illegally and the FBI knew about it but did nothing. The FBI knew he was crazy and they knew he was trying to buy a gun he wasn’t allowed to have. The “warning signs” can’t get anymore obvious than that.

Instead of enforcing existing laws, progressives seek to create paranoia every time someone reads a guns magazine. These people aren’t trying to solve problems, they’re just trying to politicize them.