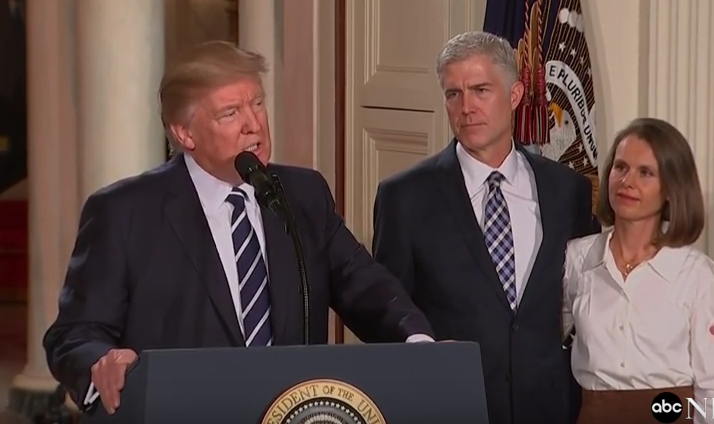 Neil Gorsuch was just nominated by Donald Trump to replace Antonin Scalia on the United States Supreme Court. Exactly where he stands on the Second Amendment isn’t totally clear due to a lack of rulings, but here is the best information we have to go with so far:

During his tenure on the Tenth Circuit, Gorsuch has demonstrated his belief that the Constitution should be applied as the framers intended.  To that end, he has supported the individual right to self-defense.  Specifically, he wrote in an opinion that “the Second Amendment protects an individual’s right to own firearms and may not be infringed lightly.”

“On behalf of our five million members, the NRA strongly supports Judge Neil Gorsuch’s confirmation to the U.S. Supreme Court. We will be activating our members and tens of millions of supporters throughout the country in support of Judge Gorsuch.  He will protect our right to keep and bear arms and is an outstanding choice to fill Justice Scalia’s seat,” concluded Cox.

So far, so good, at the very least he agrees that the Second Amendment is an individual right. Already, he is a thousand times better than any of the four liberal justices on the court! Ohh, and he loves to hunt and fish too. However it’s really not totally clear where he will stand on some of the other issues the court might face, such as concealed carry reciprocity. He is at least adequate, but is he great?

Unfortunately, for those who might be wondering, there doesn’t seem to be much indication that Gorsuch feels any which way about the Second Amendment. He hasn’t ever ruled on this issue. In public statements and in his writing, he has not mentioned where he stands. For some, this may constitute a cause for concern, but the lack of information on Gorsuch’s stance likely comes more from the dearth of court cases relating to this issue than it does from any reluctance on his part to present his opinion.

There have been few notable court cases involving the Second Amendment, lately — because there have been so few gun control measures actually passed, leaving little to challenge in the courts. Still, there is enough related information to say that Gorsuch will at the very least be friendly, if not totally helpful, to the interests of gun advocates and owners.

Rest assured this guy is better than anything Hillary Clinton would give gun owners. He interprets the second amendment as an individual right to bear arms, Hillary doesn’t. Neil Gorsuch might not have the voting record to accurately assess where he stands in greater detail, at 49 years of age, we might literally have several decades to figure that out.