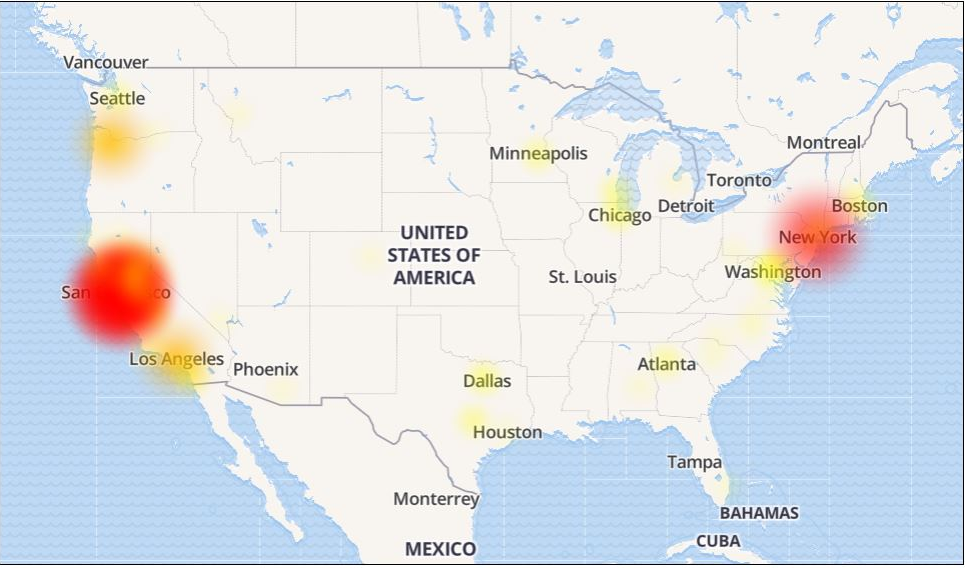 There is no official word on what caused the simultaneous blackouts to three of America’s biggest cities.

The official word is that it’s all a coincidence they occurred at the same time.

Apparently, the government is also running something called “Operation Gotham Shield” – which is leading many to believe these blackouts may have been a part of the government led drill/false flag of some sort …

About 90,000 customers were affected in San Francisco (the worse hit from what I’ve read).

While the outages occurred simultaneously — as of yet — there is no evidence they were connected or coordinated.

The picture below from Pacific Gas & Electric Company (PG&E) shows the outages: 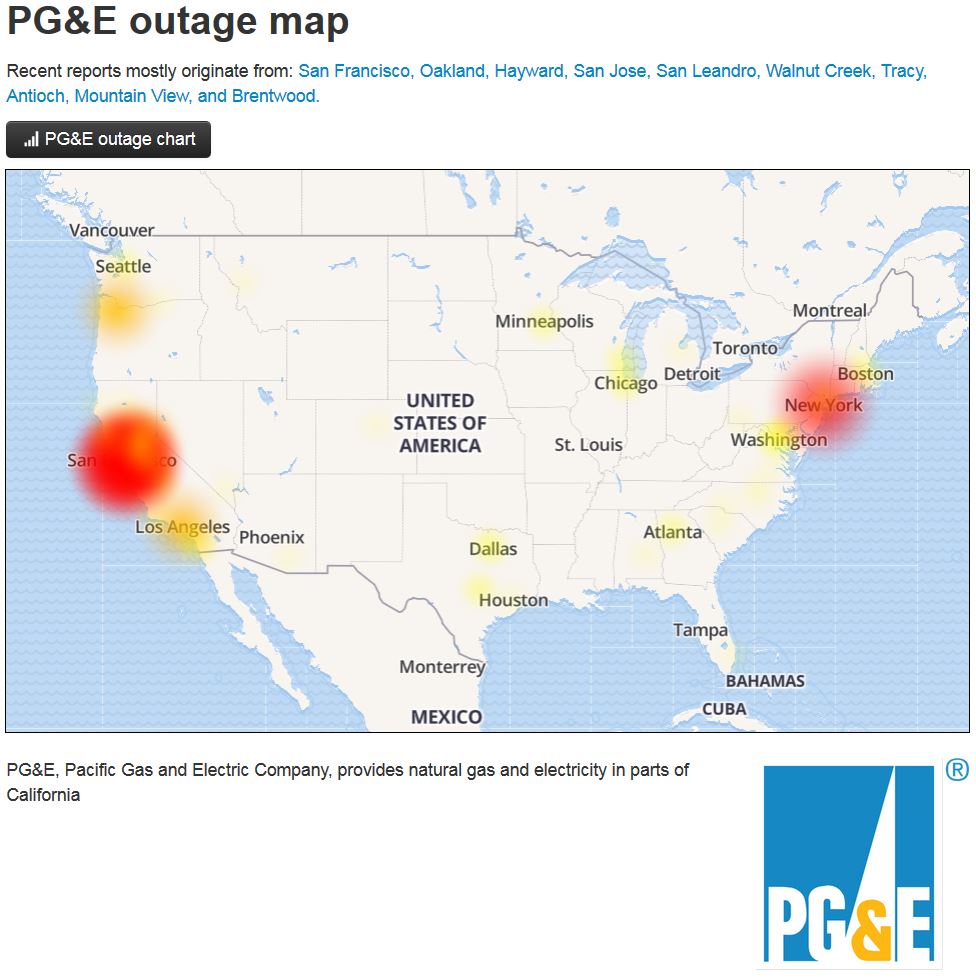 The outages seemed to have occurred quickly and in succession.

As of yet, there’s not evidence as to why they happened this way.

Some people suspect a potential cyberattack or even government drill/false flag.

The first outage occurred at around 7:20am in New York when the power went down at 7th Avenue and 53rd Street subway station

This picture, to me, is particularly horrifying: 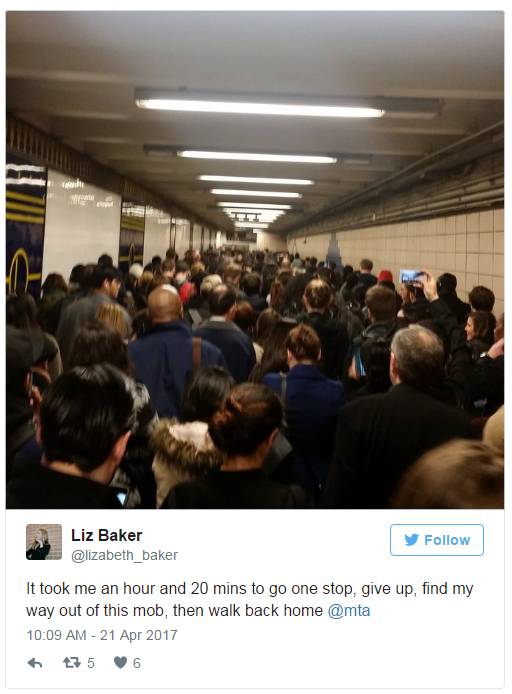 “It took me an hour and 20 mins to go one stop, give up, find my way out of this mob, then walk back home @MTA,” wrote Liz Baker on Twitter.

The mobs of people stuck underground …

That’s not some place I want to be.

The utility company, Con Edison, said one of its electric lines triggered the outage.

Los Angeles Was Next …

Next hit was LA, but it didn’t appear to be as widespread as in San Francisco.

Most reports are just of the Los Angeles International Airport, as well as in several other areas around the city.

Los Angeles International Airport, as well as in several other areas around the city.

PGE officials named a substation fire as the primary cause of the outage.

The San Francisco Fire Department was responding to more than 100 calls for service in the Financial District and beyond, including 20 elevators with people stuck inside, but reported no immediate injuries. Everywhere, sirens blared as engines maneuvered along streets jammed with traffic.

This is actually a common occurrence and something I would not have known was so common until I read Ted Koppel’s book “LIGHTS OUT: A Cyberattack, A Nation Unprepared, Surviving the Aftermath” — although it makes total sense when you think about it — during a power outage.

In the tweet below, you’ll see someone stuck in an elevator:

SHTFPlan writes, ” …The cause of the outage has not yet been made clear, though given the current geo-political climate it is not out of the question to suggest a cyber attack could be to blame.”

And that doesn’t sound very far off.

Many of the nations that FedGov has been saber rattling with of late definitely have the capability.

In fact, the NSA’s top Cyber Warfare expert George R. Cotter is convinced that China and Russia have already penetrated the U.S. power grid, both for reconnaissance, and in order to plant cyber weapons that could be launched in the future!

In the video below, you can see a group of “White Hat” hackers that were hired to test the security of a power company. How quickly they get access is scary:

Could These Blackouts Be The Result of a Secretive Nuclear/EMP Drill By The Federal Government?

You know, there is such a thing as coincidence, but then again, some things are just too weird…

For example, here is an in depth article covering something called “Operation Gotham Shield“. You can read all about it there (including seeing the actual government PDF’s on the exercise.)

“It is a tabletop, joint agency exercise involving FEMA, Homeland Security and a myriad of law enforcement and military agencies. WMD, chemical and biological units will all be on hand as a response is tested for a “simulated” nuclear detonation over the United States’ foremost urban center, in the iconic and densely populated island of Manhattan and nearby shores of New Jersey.”

A large-scale power outage is nothing to laugh at.

The potential effects are terrifying.

In fact, an attack on America’s power grid would bring us to our knees.

In the event of a nuclear/EMP attack that takes out all electronics, we would be devastated.

Dr. Peter Pry — a former CIA officer and executive director of the Task Force on National and Homeland Security — says within the first 12 months 9 out of 10 Americans — over 290,000,000 innocent men, women and children — will be not survive.

“The congressional EMP commission on which I served calculated that within a year of blackout that knocks out the national grid, we would probably lose up to nine out of 10 Americans through starvation, disease and societal collapse,” said Pry.