Home Guns You’ll Love Why This Kent State Graduate Was Carrying An AR-10 On... 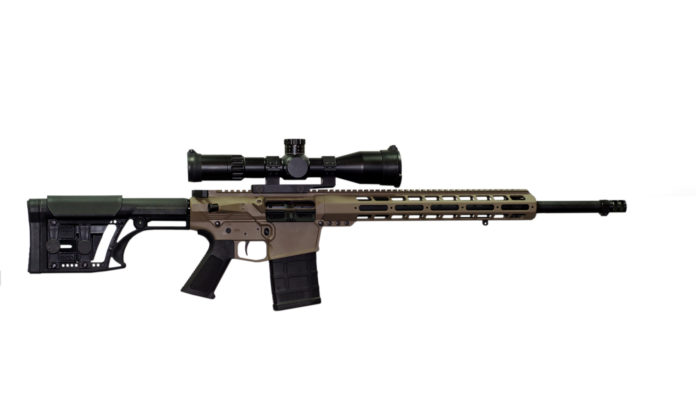 As you probably know, gun ownership is not a favorite topic on the majority of college campuses these days. In fact, anti-gun sentiment may be at an all-time high when it comes to the opinions of university administrators and faculty members. So, it’s no wonder that so many college students express anti-gun sentiments: it’s the only viewpoint on guns that many of these kids have ever heard.

But a recent graduate of Kent State University in Ohio has her head on straight when it comes to gun ownership and carrying a firearm. Marwa Eltagouri gives us the details:

If Kaitlin Bennett had been allowed to carry a gun at Kent State University while a student, she wouldn’t have carried an AR-10 rifle. She would have carried her handgun instead.

But the 22-year-old said she chose to pose with the rifle for her graduation photos Sunday because it made for a stronger symbol: That, as a non-student, she could at last arm herself on the northeast Ohio campus. To Bennett, the photo was the culmination of her years as a conservative student activist, during which she advocated for students to be able to carry concealed weapons […].

While Bennett is a passionate gun owner, her reasons for taking the pictures on campus with a rifle are primarily political in that she believes gun ownership is important so that citizens can protect themselves from an oppressive government.

Smart lady, and it’s refreshing to see this awareness of the necessity of personal ownership of firearms in light of how governments oppress people historically.

Frankly, if I had a son of an appropriate age, I’d tell him to look for a woman with her head screwed on straight like Bennett. It would seem that I’m not the only one with that same thinking: she apparently has had several marriage proposals since tweeting pictures with her carrying an AR-10 on the Kent State campus.

All-in-all, it’s good to see some young people who understand the importance of protecting our Second Amendment rights and why.