Home News More Than Half Of Recruits Never Held A Gun – Army Forced... 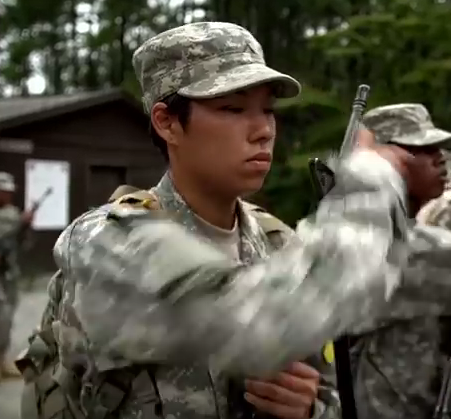 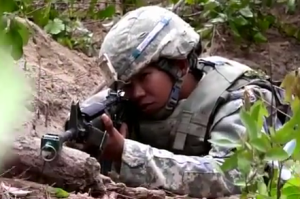 The Army is taking a different approach to teaching recruits marksmanship and the media is gleefully reporting that this change is due to declining gun ownership among young people.

Statistics from the General Social Survey and studies from The University of Chicago should be taken with a grain of salt, but nonetheless the trend identified below is significant.

From The Miami Herald:

A study of U.S. gun ownership by an independent research group at the University of Chicago reports gun ownership has declined sharply in recent decades among teens and 20-somethings. This is the same demographic group from which the Army, the largest branch of the U.S. military, draws most of its recruits.

The NRA has pointed out that while fewer young people might own guns, they generally have higher levels of support for gun rights compared to youth from previous generations. Furthermore, the NRA disputes many of the stats thrown around by universities about gun ownership rates. We aren’t necessarily doomed but…

It appears the Army is taking a kinder gentler approach:

Many are dropping the tendency to bark out orders and are adopting a more mentor-like coaching attitude.

“You don’t hear any drill sergeants yelling, unless it’s a huge safety issue,” said Staff Sgt. Randy Fisher, one of about 600 drill sergeants working daily with recruits at South Carolina’s Fort Jackson, the Army’s largest basic combat training post. “We don’t want the soldiers to get all freaked out.”

“There are a lot of steps that they must accomplish, and we take them one at a time,” Dorval said, noting body position, breathing, and trigger squeeze are all important to shooting accurately.

Dorval said he sympathizes with those who’ve never shot a gun.

“We find that those who have fired weapons have quirks, bad habits. Sometimes it’s hard for those who’ve grown up using granddaddy’s rifle to admit they’ve been doing it all wrong,” the 35-year-old combat cavalry scout said.

It’s great to see the Army take marksmanship more seriously, if that’s what’s happening here. Since the Associated Press (AP) is pretty much clueless about anything related to guns or military,  you have to wonder how big the supposed change in the way sergeants are approaching marksmanship really is. Perhaps some active duty members who have witnessed changes to marksmanship training can enlighten us in the comments below.
Advertisement

Why You May Want A Pistol-Caliber Carbine For Home Protection