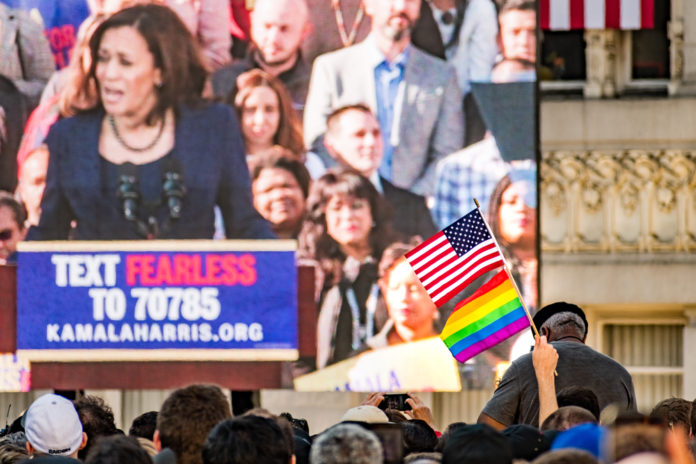 Anyone who has studied the U.S. Constitution knows that executive orders from the President’s office are specifically only for the purpose of implementing legislation that is passed by Congress.

Or they should be (it’s one of the points of the Tenth Amendment).

See, the Executive Branch of the Federal government’s role is simply to implement legislation. That’s it. They aren’t supposed to legislate on their own, create initiatives on their own, or do anything outside of what is necessary to put legislation passed by Congress in to force.

This means that an enormous number of executive orders from the last few administrations have been illegal. But that doesn’t stop people in the Oval Office from trying to act more like tyrants than the managers that they are supposed to be based on their oath of office.

Which makes a recent statement by Kamala Harris that much more troubling. Not only is it troubling that she wants implement gun control on the Federal level, but she has openly stated that she is willing to unconstitutionally bypass Congress to do it. Aaron Colen writes,

Sen. Kamala Harris (D-Calif.) said that if she is elected president, she will give Congress 100 days to act on gun control. If they don’t, she’ll take matters into her own hands, she said during a CNN town hall Monday.

Harris supports universal background checks and an assault weapons ban, and told the audience she will use her executive power to take action on gun control if Congress doesn’t pass the laws she wants.

“Upon being elected, I will give the United States Congress 100 days to get their act together and have the courage to pass reasonable gun safety laws,” Harris said. “And if they fail to do it, then I will take executive action.”

Harris said it was a “false choice” that leads people to believe there is no middle ground between respecting the Second Amendment and taking away people’s guns for no good reason.

“There are people in Washington, D.C., supposed leaders, who have failed to have the courage to reject a false choice which suggests you’re either in favor of the Second Amendment or you want to take everyone’s guns away. We need reasonable gun safety laws in this country, starting with universal background checks and a renewal of the assault weapon ban, but they have failed to have the courage to act.”

Harris has said she herself is a gun owner.

“I am a gun owner and I own a gun for probably the reason that a lot of people do, for personal safety,” she told reporters in Iowa earlier this month.

So, to be clear, Harris owns a gun “for personal safety,” yet she wants to be able to limit which Americans are allowed to protect themselves from people who aren’t going to go through a background check to get their own gun.

It just seems like more anti-gun political posturing for the purpose of hobbling those who were going to obey gun laws anyway.

This is the kind of anti-gun thinking and posturing that we need to fight against everywhere we go.