Home Guns This Guy Is Why You Are Justified In Having An ‘Assault... 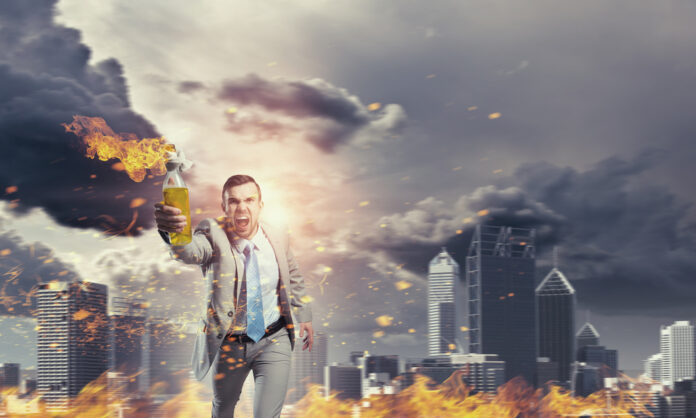 “Assault rifles” are one of the biggest bogeymen that anti-gunners focus on. Never mind, that AR doesn’t stand for “assault rifle” or that an assault rifle, in the mind of an anti-gunner, means the scary looking gun, not the gun which actually can cause more damage.

Because anti-gunners have no clue what an assault rifle is (because it isn’t actually a designation of a type of weapon but a description of how a firearm (any firearm) is used in a situation), they have little to no understanding of why pro-gun people oppose AR-15 bans.

The answers are pretty simple. One of the answers simply has to do with our Constitutional right to bear arms. The second answer is shown by recent statements caught on video of a Bernie Sanders paid field organizer (hat tip to here for the lead). Megan Fox writes,

James O’Keefe is about to drop another hidden-camera expose on the Bernie Sanders campaign and explosive doesn’t even begin to describe it. The teaser dropped on Twitter Tuesday shows Kyle Jurek, who identifies as a “Field Organizer” for the Sanders campaign, explaining a plan for riots if Trump is re-elected. “F**king cities burn,” he says. Jurek then goes on to discuss the benefits of government reeducation. “In Nazi Germany after the fall of the Nazi party there was a sh*t ton of the populace that was f**king Nazi-fied. Germany had to spend billions of dollars to reeducate their people to not be Nazis. We’re probably going to have to do the same f**king thing here.”

Then he dropped some serious truth about Bernie’s “education plan.” Jurek revealed, “that’s kind of what Bernie’s whole free education for everybody…because we’re going to have to teach you to not be a f**king Nazi.” Perhaps the scariest part was Jurek’s high regard for the benefits of Soviet gulags. “There’s a reason Josef Stalin had gulags,” he said. “And actually, gulags were a lot better than what the CIA has told us that they were. Like, people were actually paid a living wage in gulags, they had conjugal visits in gulags. Gulags were actually meant for, like, reeducation.”

As if that’s not stupid enough, Jurek continues, “Greatest way to break a f**king billionaire of their like, privilege and their idea that they’re superior, go out and break rocks for twelve hours a day. You’re a working-class person and you’re going to learn what that means.”

Jurek also goes into what sounds like a detailed plan for civil unrest that will start in Milwaukee and spread to all the major cities in America if Bernie Sanders doesn’t get the DNC nomination. “Be ready to be in Milwaukee for the DNC convention. We’re gonna make 1978 [he means 1968] look like a f**king Girl Scout f**king cookout.” Then he issues a threat to police. “The cops are gonna be the ones that are getting f**king beaten in Milwaukee.”

If you want to watch the entire video (NSFW language warning), you can do so here:

So, if our Constitutional rights weren’t enough, Americans have the right to defend themselves from people like Kyle Jurek who are promising violence if they don’t get their way.

And, yes, an AR-15 is a great way to defend yourself against someone who wants to beat you and imprison you simply for disagreeing with their politics. 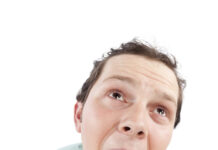