Home News How to Get Almost Anything You Want (without ever paying for it!) 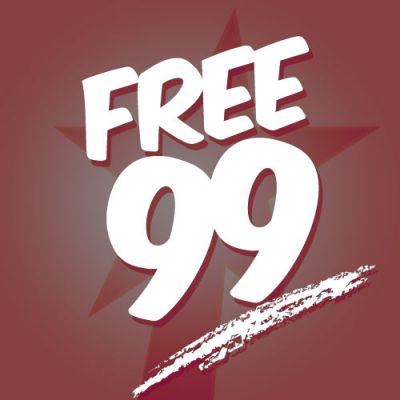 And if you want to stay tax-free… and to cut out the middle man… then enter the money-free economy!

Instead of selling things that you no longer want, or accepting money for services, trade them for the things or services that you do have use for.

It sounds silly, I know. But stick with me for a moment. There’s a big payoff.

Bartering can be as easy as knocking on your neighbor’s door and offering to mow his lawn in exchange for borrowing that same lawnmower.

Of course, it can also be more advanced.

If you want to get the most out of your bartering, chances are that you will need to go beyond your network of willing family members, friends, and neighbors.

How about turning to bartering-friendly strangers?

Even if you don’t have a bartering economy set up locally, there are ways to use the Internet to your advantage.

If you just want to swap one item for another similar item, for example to minimize your entertainment costs, there are plenty of websites set up for precisely that purpose.

PROTECTING YOURSELF FROM PRYING EYES

Unless you’ve been living under a rock, you know about Edward Snowden’s whistle blowing revelations. It’s now no secret that the National Security Agency’s (NSA) is spying on all of us.

They’re able to read our emails. To listen to our phone calls. To watch us text message.

“To protect our great nation from terrorism,” they’ll say.

Instead, our government could soon be calling conservatives, Christians, and pro-life supporters terrorists, along with anyone else who doesn’t agree with Obama’s liberal agenda for America.

That’s why I’d like to show you how to keep your private life… private.

Before we get started, you should know there is no 100% foolproof method of keeping the NSA from spying on you, other than totally disconnecting and going off the grid. But by taking a few simple precautions, you can do a lot to secure your personal information from these spies.

Closing the Door on Electronic Spying through Your Cell Phone

The first step in closing the door is to become aware of what is happening. And one of the easiest ways for the NSA to spy on you is through your smart phone.

As cellular phones have increased in capacity, that capacity has reduced the amount of protection you have. Today, the NSA as well as others can track you through your phone’s GPS, read your text messages and e-mail, download and upload files and photos to your smartphone and even listen in on your conversations.

This isn’t just the government I’m talking about, just about anyone can do it.

The way that the NSA or others gain access to your cell phone is by sending a program to it. This can be done remotely, without you even knowing it. Similar to a RAT (Remote Access Trojan) on a computer, this piece of malware allows them to control your phone from a distance.

Cell phones are easier to do this with because their programming is simpler and there isn’t as much anti-malware security built into them.

Few people bother putting anti-virus programs or anti-malware programs on their cell phones. Those that do, don’t run the programs often enough to ensure that their phones are clean.

The easiest solution to that is to get rid of the fancy phone.

Now, I know that might be hard to do, but once you do it, you’ll find that it really isn’t all that bad. I use a simple cell phone that has minimal functions.

For the other functions that most people do on their smart phones, I have my iPad, which isn’t set up to connect through any phone system.

That one step has closed the door to many who want to know what I am doing.

If you don’t feel that you can get rid of your smart phone, then there is another option.

Some manufacturers of cell phone accessories are starting to make cases for smart phones that block radio waves. This prevents people from accessing your cell phone while the phone is in the totally enclosed case.

Of course, you can’t use the phone while it is in there either; which means that your friends will have to wait for you to take the phone out of the case for you to receive their text messages.

Here’s one that’s worth you checking out:

It’s called off pocket, and it looks like it can protect your phone against the NSA, google, or any of the other privacy thugs. I don’t get any kickback or commissions for mentioning this to you. There’s no conflict of interest. I just think it’s an interesting tool for you to check out …