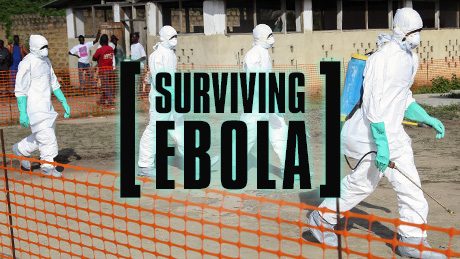 I’d like to show you a few simple things you can use to nuke the Ebola virus, and stop it from spreading around your city, your town, or your home.

First, although it may not seem like it, viruses are actually rather easy to kill outside of a living host.

They are very fragile organisms.

One of the easiest ways to kill any virus is by exposing it to ultraviolet light.

Ultraviolet breaks down the outer protein covering of the virus, called the capsid, rendering the virus inactive. It doesn’t cause mutations either, a common problem with some other means of combating these miniscule organisms.

Since sunlight is composed of the entire visible and invisible light spectrum, it contains ultraviolet light, so it can kill viruses fairly easily.

That’s one of the major reasons why influenza spreads more readily in the wintertime than it does in the summertime.

Not because there is less ultraviolet light in winter, but because people spend more time indoors, under artificial light, where there is no ultraviolet to kill the influenza virus.

Since ultraviolet is uniformly fatal to viruses, one great protection from it is to be outdoors, especially in bright sunlight.

The same can be used to disinfect objects or people who might have had contact with an Ebola contamination. While the ultraviolet light can’t do anything to kill Ebola (or other viruses) that might be inside the person or package, it can do something to kill Ebola particles on the outside.

Simply standing in the sun outside or using ultraviolet lights (black lights) in the entryway of your home could be a partial protection against an Ebola infection.

High temperatures seem to work against both bacteria and viruses, too …

Specifically, Ebola is killed by temperatures above 60oC (140oF). While temperatures this high can be harmful to people as well, they can be used to disinfect surfaces which have been infected by Ebola. Bodies of people who are killed by Ebola are typically cremated, as the high temperature of burning the body kills the virus as well.

Ebola, like most viruses is also susceptible to disinfectants. There are a broad range of disinfectants which are known to be lethal to Ebola, such as:

Please note that many of these are dangerous to humans as well. So, don’t rush out and try to use them as a medicine against Ebola or spray them on a mask you are wearing, to try and prevent Ebola from passing through the mask.

Killing yourself by chemical poisoning is not a good solution to avoiding viral contamination.

And here’s the weird trick we should all know…

Ebola can also be killed by common bleach, such as we use to wash clothes. You need to make sure that you are using Chlorine Bleach and not the color-safe bleaches. They are made of different compounds and will not work the same way. 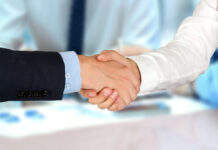 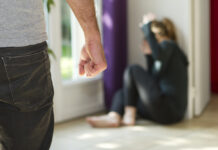 HORRIBLE: 1 State Is Determined To Make Its People Victims Of Violent Crime