Home News ENERGY ON THE CHEAP 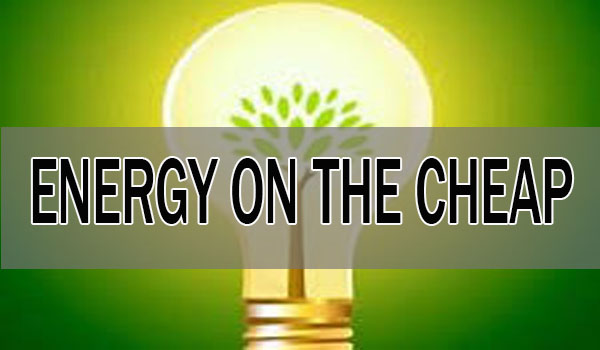 You’re pissed off that your energy costs are rising.

And you’re pissed that energy CEOs continue to rake in the big bucks, while you and I are left with an outdated power grid — one that could go down (and stay down) at a moment’s notice.

How do I know you’re so pissed?

First, I’m pissed off, too. And since you made it this far on this journey with me, I know you and I are a lot alike.

And second, a buddy of mine runs a very successful publishing business that shows readers how to generate free, reliable power. His business has sold over 350,000 copies of his instruction manual. So “free, reliable” power is in great demand right now.

That’s why, I’m going to show you some ways to generate your own power. Not only will you save money, but you’ll better your family’s safety, too.

Now, I’ll tell you upfront — generating your own electricity isn’t a cheap proposition…

If it were, more people would be doing it. However, if you have the capability of doing some of the work yourself, you can make it affordable. While the equipment is fairly expensive, the more you can do yourself, the less expensive it is.

And you don’t have to produce ALL your electrical needs in order to save money.

Most people who go off grid do so gradually. They start out with a few solar panels or a simple wind generator and add to it. Over time, they reach the point where they are able to produce enough electricity to meet all their needs. A man in my town did this, gradually adding to his system over a ten year span, to the point where he is now able to produce enough to sell it back to the electric company.

There’s another reason to produce your own electricity, besides trying to save off the cost of your electric bill; that’s to make sure you have electricity in the case of emergency.

The electrical grid is the most fragile part of our infrastructure.

Any serious weather causes people to lose their electrical power.

Remember the hurricane that hit the east coast last year? Remember those ravaged towns that went without power for weeks? And remember those mile-long lines of people waiting for gas to run their generators?

Answer this: What would happen to your family — your home — if we had a major event that caused serious damage to the grid?

Yet if you have your own ability to produce even some of your electricity, you can keep on functioning when everyone else is in the dark.

While you might not have enough to take care of everything, if you have enough for your critical systems, you’ll be much better off than everyone else. That makes the investment worthwhile.

When most people talk about off-grid power, they are usually thinking of solar power.

Solar electrical power generation has gained a lot of credibility for home and office use, even though the initial investment is rather high.

The really great thing about solar power is that it is abundant and cheap. While equipping a home for solar can cost as much as $30,000, there is literally no operating cost once installed.

There is very little that can go wrong with the system, so maintenance costs are negligible.

Photovoltaic (which means that it produces electrical current from light) panels do lose some of their efficiency over time, but these systems are designed with that in mind.

A solar panel consists of a number of photovoltaic cells. These cells can vary in size, although all of the ones used in a single panel will all be the same size. The cells produce 0.5 volts of electricity, while ranging from one to five watts each (larger ones produce more watts of power).

These individual cells will be connected together so that the panel produces somewhere around 20 volts at however many watts (this varies from model to model). That voltage is used to charge 12 volt batteries and the power from the batteries is inverted up to 120 volt house current.

It may seem strange to you that the solar panel is producing 20 volts, when the batteries only need 12 volts. The difference is to take care of the loss of efficiency I mentioned a moment ago, as well as to ensure that there is still enough power on days with some cloud cover.

A typical solar panel will produce anywhere from 60 to 250 watts of power, depending upon its size. Let’s put that into perspective. Nationwide, we use an average of 11,280 kWh (kilowatthours, or 1,000 watts for an hour) per household per year; that’s 940 kWh per month. Since a 30 day month has 720 hours in it, we’re using an average of 1300 watts of power continually.

Unfortunately, it gets worse than that. You can’t produce solar power 24 hours per day; only during the daytime. So, in reality, you need to produce more electrical power in the daytime, in order to power your home at night as well. That extra power would be stored in a battery bank. Building all that capacity costs a fair amount of money.

Don’t get scared now; remember, you don’t have to put it all in at once. You can start out with a couple of panels and add as you have the capability. That’s what most people do, spreading the cost out over several years.

While you can buy solar panels already made, you can save a considerable amount of money by making your own solar panels, instead of buying premade ones. A solar panel consists of a bunch of solar cells that are connected together by wire. The whole thing is mounted in a moisture-proof enclosure with a glass top to let the sunlight in.

The hardest part of building a solar panel is connecting the individual solar cells together electrically. You can buy either tabbed or untabbed cells. The “tabs” being referred to are short wires soldered to the cell. If you do not have a lot of experience soldering electronic circuit boards, I’d highly recommend buying tabbed solar cells, as they are somewhat sensitive to heat.

Okay, we need to talk a little electronics here.

The solar cells can be connected together in two ways; in series or in parallel. If you think about a normal 2-cell flashlight, you put the batteries in with the positive end of one in contact with the negative end of the other. That’s a serial circuit. The voltage of the two batteries is added together, making 3 volts from the two 1.5 volt batteries. The current (watts) doesn’t increase, but is the same as one battery.

As additional panels are added to the system, the only thing that needs to be done is connect them in parallel with the previous ones. Always be sure that the capacity of the battery charger is high enough for the number of panels connected and the capacity of the voltage inverter is high enough for the load connected to the system.

Of course, this is just a very basic example of how to get started with your solar panel system. Consider it Solar 101.

If you’re serious about solar generation, then here’s what I suggest you do…

Remember the buddy of mine I mentioned earlier? The one that runs a very successful power generation publishing business?

Well, his course is the best solar generation course I’ve ever seen. In fact, everything I’ve learned, I’ve learned from him.

You need to watch his presentation on generating energy. Watch it right here.

==> Click here to see the no-cost presentation on generating energy 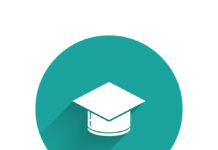