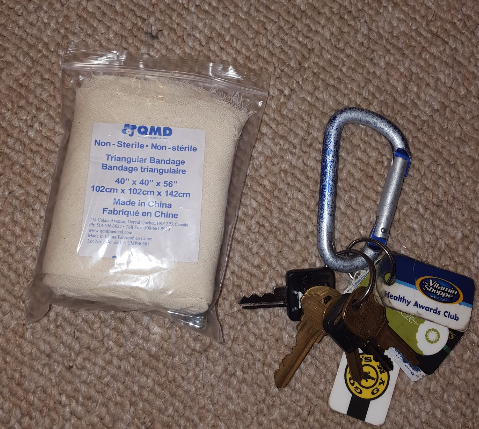 If you carry or own a gun for self-defense then it’s a VERY smart idea to get some basic, life-saving medical training.

A great place to start is with the basics of Tactical Combat Casualty Care (TCCC).

Tactical Combat Casualty Care guidelines were developed by USSOCOM (United States Special Operations Command) to properly train non-medical personnel to deal with the preventable causes of death in the field.

We’ll discuss more about TCCC later, but one of the most important things to understand is that the #1 cause of preventable deaths in combat is Hemorrhage from extremity wounds — responsible for 60% of combat deaths.

That means it’s super critical to stop massive bleeding in gun fights, which makes sense right? Bullets punch holes in things, and if that thing is a human, then the human bleeds. Sometimes it’s a lot.

Because of these protocols, combat survivability is at an all-time high for US Soldiers. Much of this is because of aggressive tourniquet use which helps combat the number one killer on the battlefields — massive bleeding.

Now, the best tourniquets to use are actual tourniquets such as the Combat Application Tourniquet (CAT).

But here’s how you can make your own with barely more than your car keys if you don’t carry one with you every day.

Why You Should Learn How To Make An Improvised Tourniquet

If you have a gun for self-defense it would suck to defend your life, successfully, and then realize you’ve been shot in the process. And then after you call 911, you bleed to death while waiting for the ambulance.

It would be even more painful I would imagine if your loved one, such as your wife or child was shot and you had to watch them bleed to death while waiting for an ambulance.

Bullets punch holes in things. People bleed when they have holes in them, and there are usually a lot of bullets flying around, so you should learn how to use a tourniquet.

The best option is a tourniquet made for combat like the aforementioned Combat Application Tourniquet (CAT). But I doubt many people carry one of those around with them all day. And what if there is more than one person who is injured and you only have one tourniquet?

How To Make A Tourniquet With Your Keys and Cloth

This is a simple technique to make a tourniquet using a Carabiner type key chain and a strip of cloth. You could use any type of cloth like a hankerchif or torn strips of your shirt, or something else but in this demonstration, I’m using a triangular bandage.

In this case, my Carabiner with Keys that I carry everywhere and the Triangle Bandage.

You simply unwrap the cloth and take the biggest key ring off your caribiner.

Step 3: Tie the cloth around the injured extremity

In this example, I’m showing you on my thigh so I can hold the phone and take pictures too. You just wrap the cloth around the leg. NOTE: in this example, I’m doing it mid-thigh so you can see it better, but in real life you want to get as HIGH in the limb as possible, near the torso.

Step 4: Slide the key ring onto the cloth.

Simply put the cloth through the key ring and leave it there near the area where the cloth is coming together (where you can see it).

Tie a single knot, tight with the cloth …

Step 6: Place the Caribiner on the knot and tie a single knot through it

The Caribiner is going to be your windlass. So simply place it on the knot, and then tie a knot through the middle of it, again, a single, tight knot will do.

And here is where you are tying the knot. It goes through the bottom part, leaving the opening clip of the caribiner pointing up

Tighten the tourniquet by twisting the caribiner — until the bleeding stops — or if you’re practicing until you feel like your blood flow is cutting off.

Step 8: Clip the caribiner to the key ring

When you have it as tight as you can get it, then simply click the caribiner into the key ring that you previously stuck on the piece of cloth.

In the video below, the late Paul Gomez talks about this technique when he starts showing his every day medical carry gear about 1 minute into the video.

If you keep a gun for self defense in your home, it would be a good idea to have some medical supplies too (including a real tourniquet, to make things easier).

But if you are ever caught in a situation where you don’t have access to proper tourniquets, now you know how to make one yourself using nothing more than some clothe and your key ring. 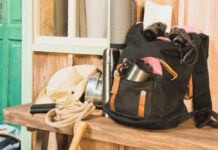 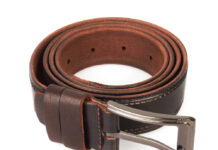