Home Guns This Text Book’s Take On The 2A Explains Why You May Want... 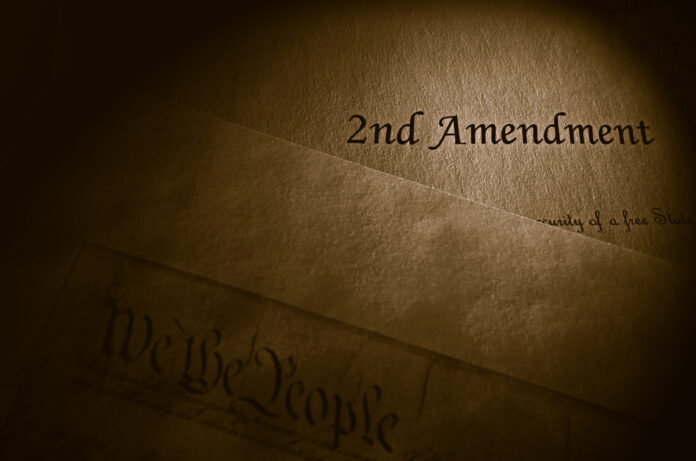 Last year (2020) saw a lot of very interesting changes in America, and the repercussions haven’t yet finished showing themselves.

One big change is that a much larger portion of Americans have become open to the idea of teaching their children at home than had previously been the case. Or, at least, they want to have a much closer watch on what their kids are learning because they overhear the video classes that their kids are subjected to.

I say that this is a good thing. We can discuss many reasons why this can be a good thing, but one primary reason that I say that is because it’s more difficult for your children to be taught lies when you’re paying attention.

Parents at a high school near Dallas say the authors of a book on U.S. history misfired when they defined the Second Amendment — and now one of the book’s co-authors says the book is being revised.

The work book used at Guyer High School in the city of Denton, “The United States History: Preparing for the Advanced Placement Examination,” includes the “summary” definition of the Second Amendment to include the right to “keep and bear arms in a state militia.”

The edited definition is seen by gun-rights advocates as an affront to the Second Amendment, which states in full: “A well regulated militia, being necessary to the security of a free state, the right of the people to keep and bear arms, shall not be infringed.”

Keep in mind that this is an AP (Advanced Placement) textbook for a class in which the student can take a test for college credit. You’d think that they’d get it right. Unbelievable.

Fortunately, to correct any educators who misread the Second Amendment and summarize it incorrectly for students, here are comedians Penn and Teller to clarify this for them (pardon the single swear word at the end of the video):

That’s right, the Second Amendment has nothing to do with arming militias. The Second Amendment has to do with arming everyday citizens to defend themselves against their governments who are already armed (and need to be armed to defend against foreign invaders). In other words, the existence of state militias is one justification for arming ordinary citizens to be able to defend themselves against the government. The armed citizenry was for the purpose of keeping governments and state militias in check.

While it’s been said that comedians are often the ones telling the truth when no one else will, it’s a sad commentary on too much of the educational establishment today when the “college level” education textbooks can’t get something this simple and straightforward right.