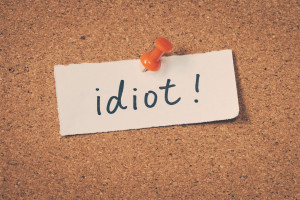 and handling of a gun?

This homeowner wasn’t thinking at all.

Your right to bear arms allows you to protect yourself, but doesn’t allow you to wave your gun irresponsibly for any purpose.  You might know that.

This guy, who fired on two innocent teenagers playing Pokemon GO in front of his home, is a poor example of responsible gun ownership (at best).

From The Right To Bear…

A homeowner in Florida is likely to face criminal charges after firing into an occupied vehicle that had been parked on the street outside his home, and which fled when he approached. The people inside the vehicle were not criminals, but were instead a couple of teenagers playing the hottest new video game, Pokemon Go.

Thankfully, according to authorities no one was hurt in the incident.

But the most salient point from the article is this:

In order to keep the right to bear arms, we must treat this right as sacred.  When idiots like this aimlessly wander outside firing their guns illegally … that only “arms” the gun-grabbing liberals with ammunition for their legislation.

Solidarity, plus proper gun handling and use education are the keys.  Two ways we can make sure everyone is able to protect themselves in a legal way.