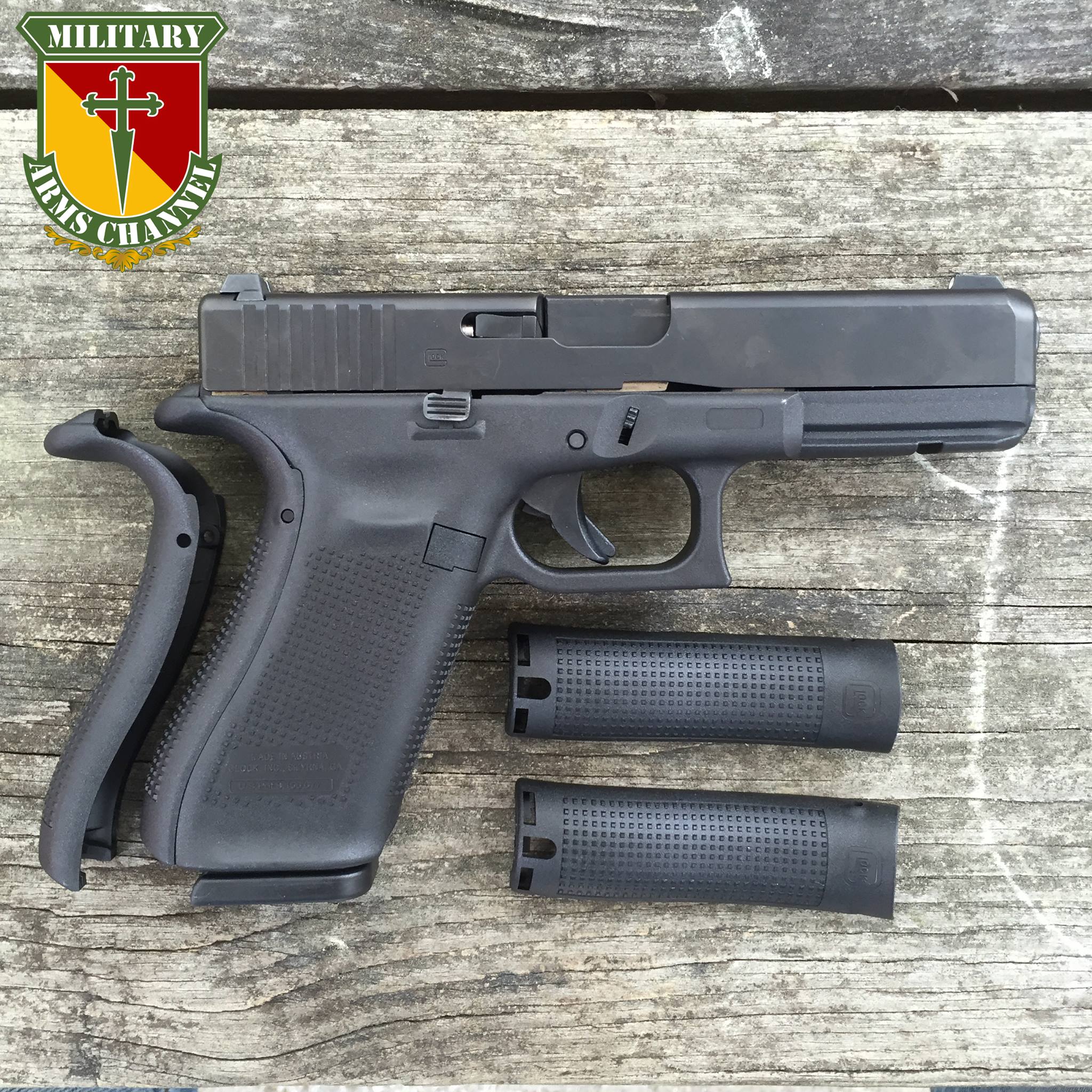 Early in 2016 it was reported that the FBI awarded Glock an $85 million contract for new handguns as part of its switch back to the 9mm platform that we reported on earlier.

While many thought Sig Sauer had this one all but in the bag with their popular and highly modular P320, the award went (somewhat surprisingly) to Glock.

That’s because none of the current Glock handguns met the FBI’s solicitation requirements. One of the bigger clues about this was the requirement “Finger grooves on the frame are not permitted“, which counts out a standard Generation 4 Glock.

Turns out Glock is making a special handgun to fulfill this contract, it won’t be the Gen 5 Glock, it’s designated “M”.

Pictures from Todd J at Primary and Secondary Forum

“Primary and Secondary forum member Todd J has released this info on the G17M from his new equipment training. Indianapolis Police will be the first department to roll out the G17M which was designed specifically for the FBI contract. It is important to note that the upcoming Gen 5 will not have all of these features.

“Currently at our handgun in-service, and the 17M info has been released to the guys here, so I feel comfortable putting it out here.
Changes are:
1. New, “tougher” finish
2. Different rifling
3. Longer RSA
4. Reinforced front RSA notch
5. Smoother trigger (similar to G42/G43)
6. Flared magwell
7. Removed finger grooves
8. Safety plunger is oblong/rectangular instead of round
9. Ambi slide release
10. Magazine well cut out
11. Magazines have a slightly extended front lip.”

This image was posted to the Internet by another member of IPD.” 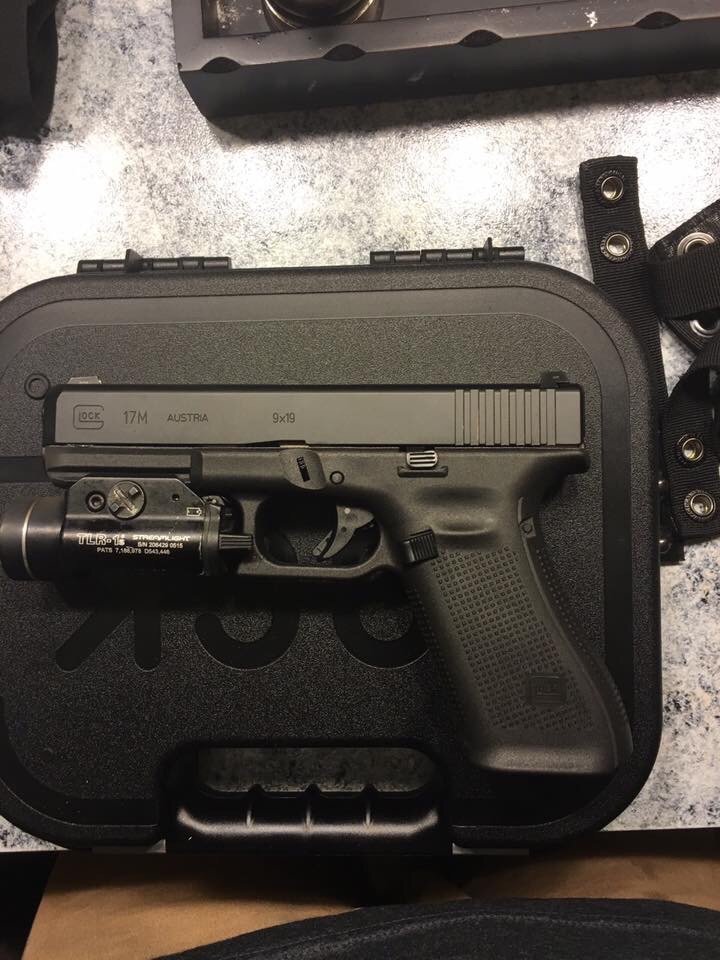 Pictures from The Firearm Blog

The Firearm Blog had even more pictures … 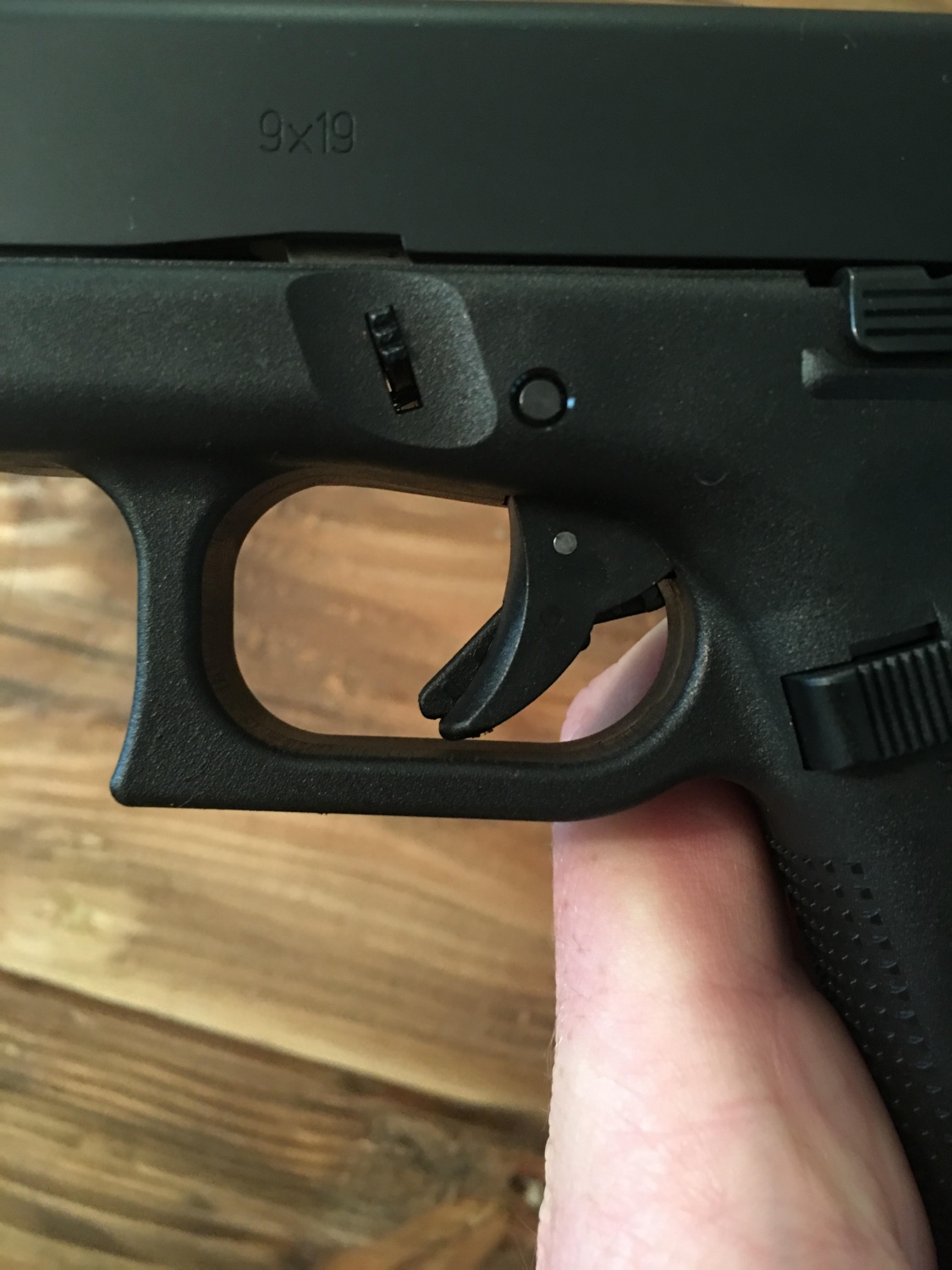 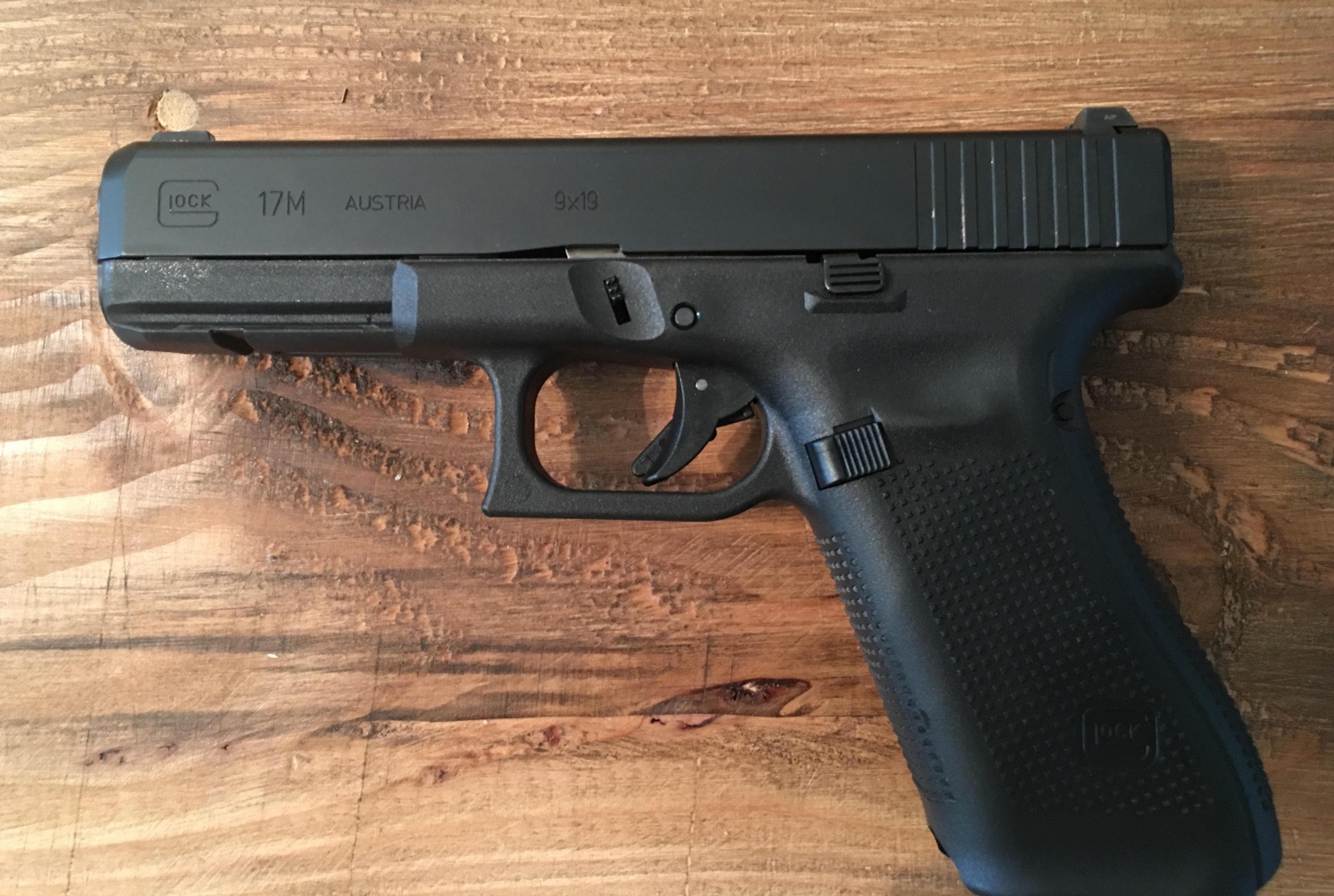 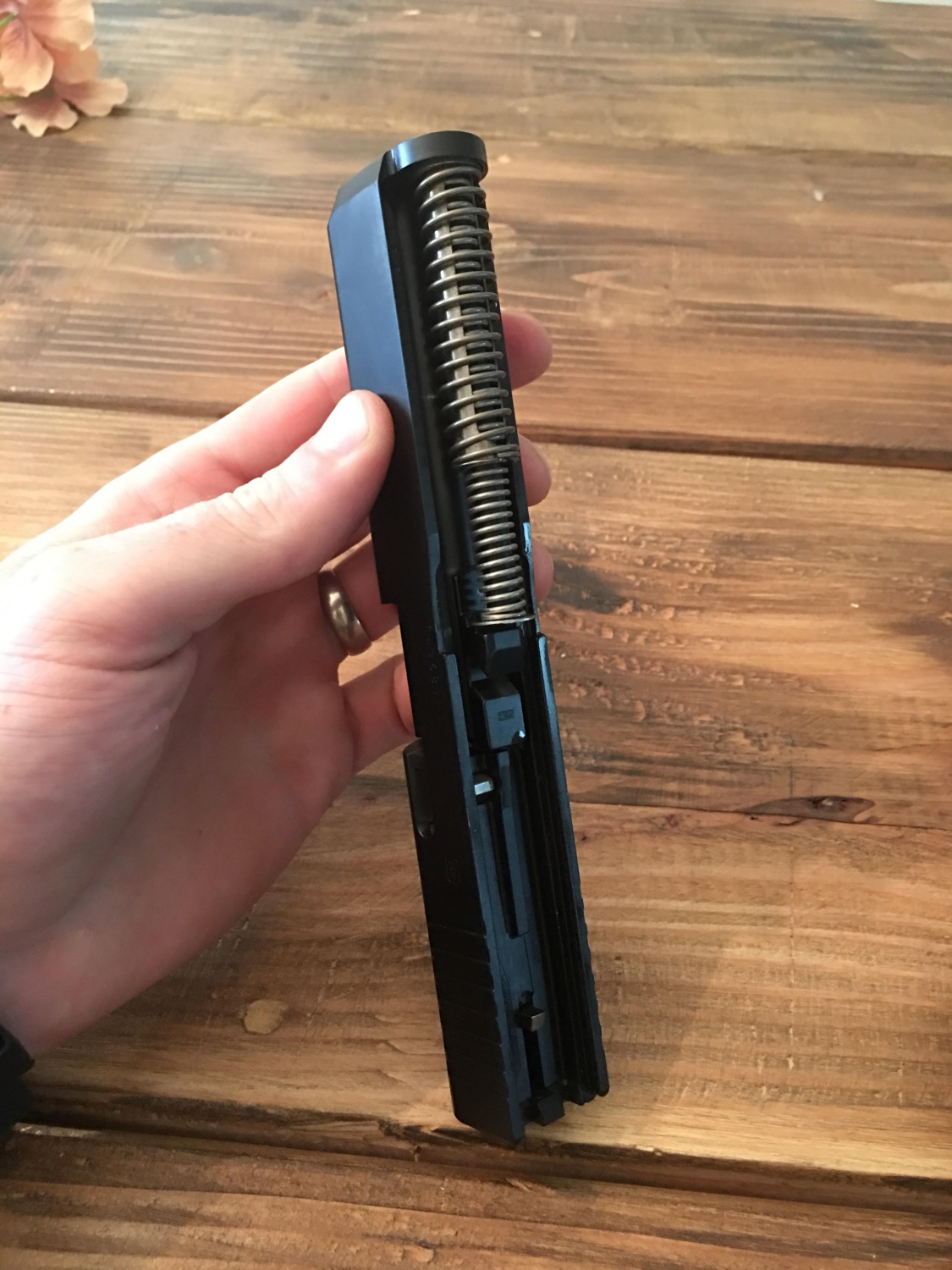 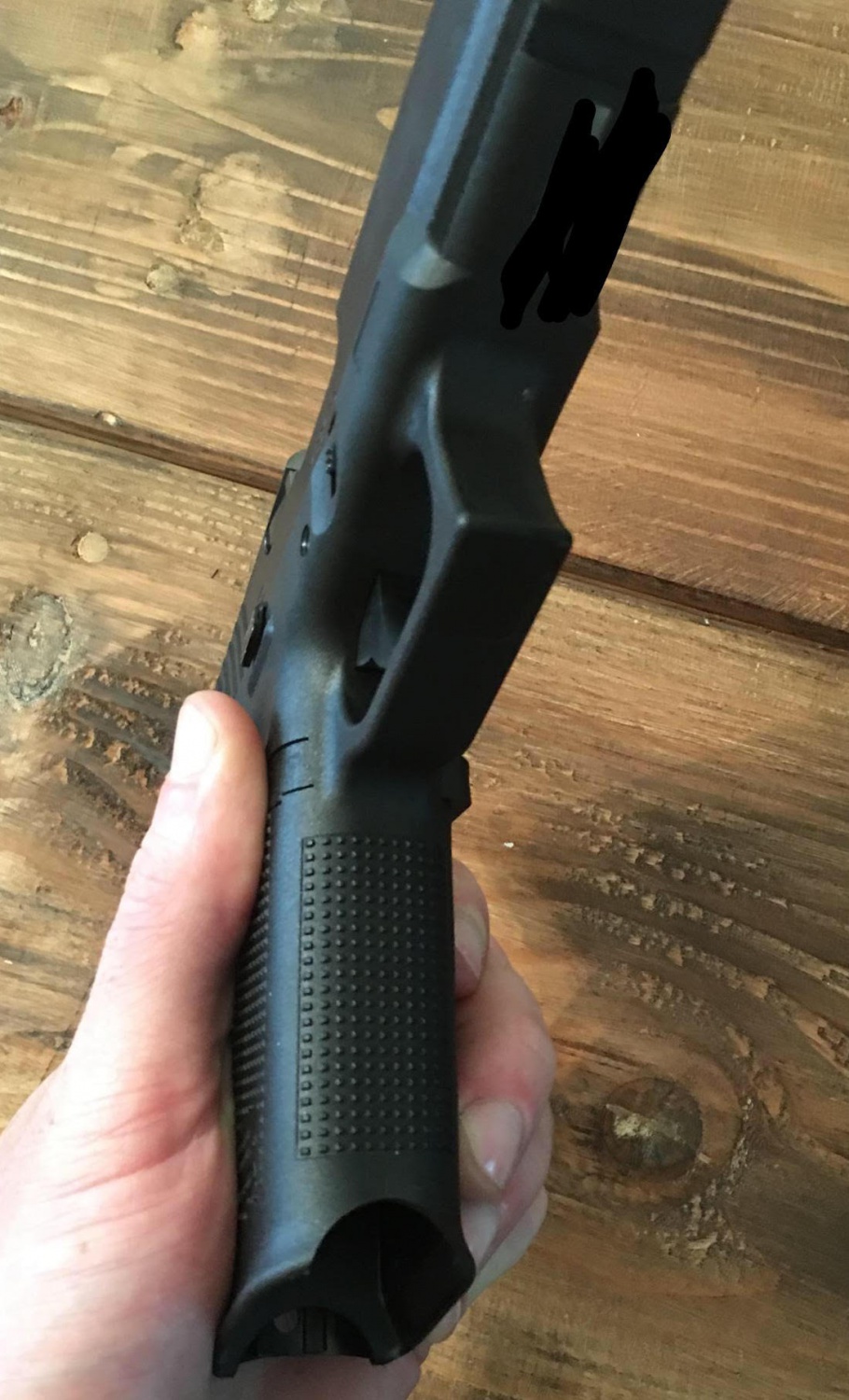 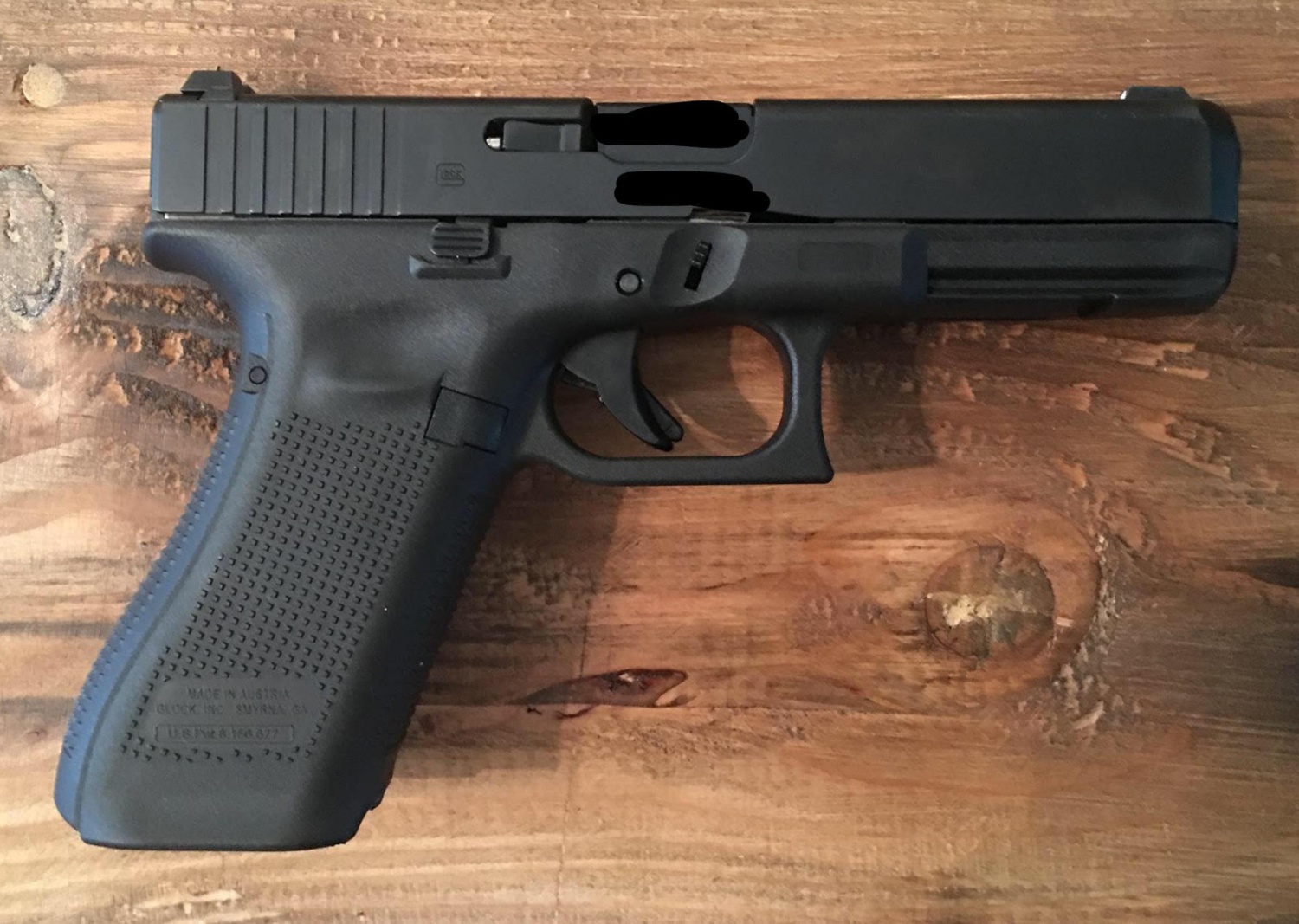 And The Military Arms Channel Facebook page had even more pictures … 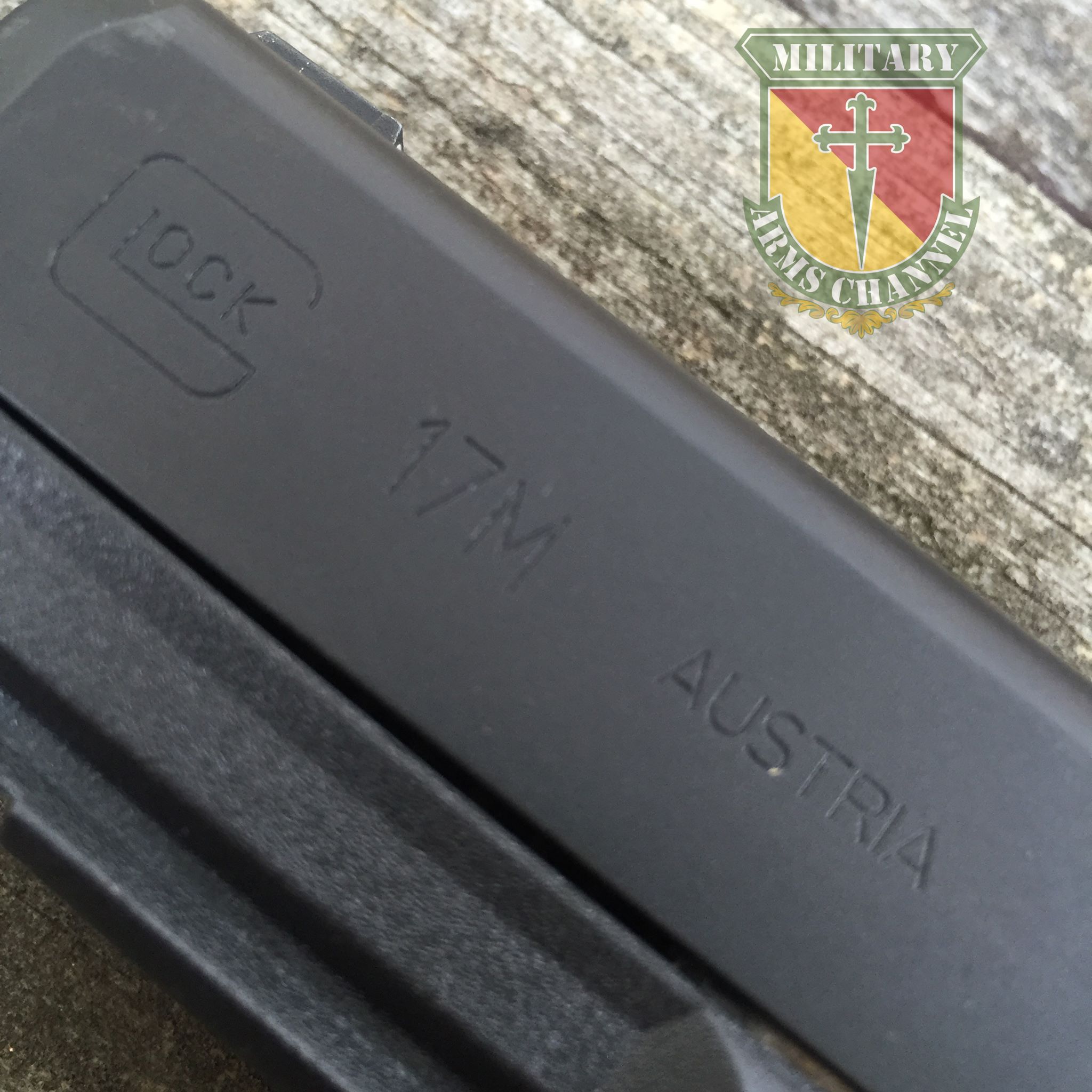 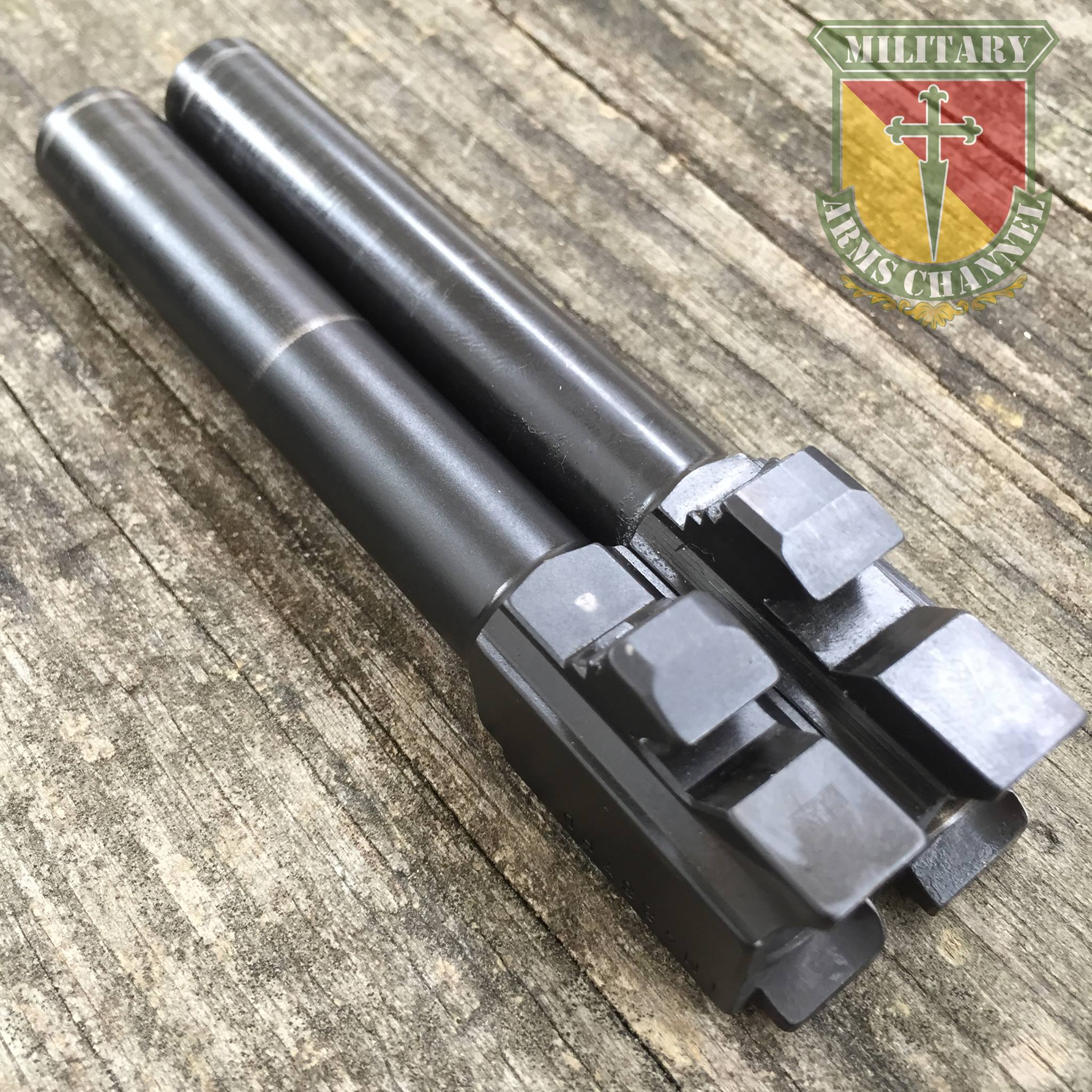 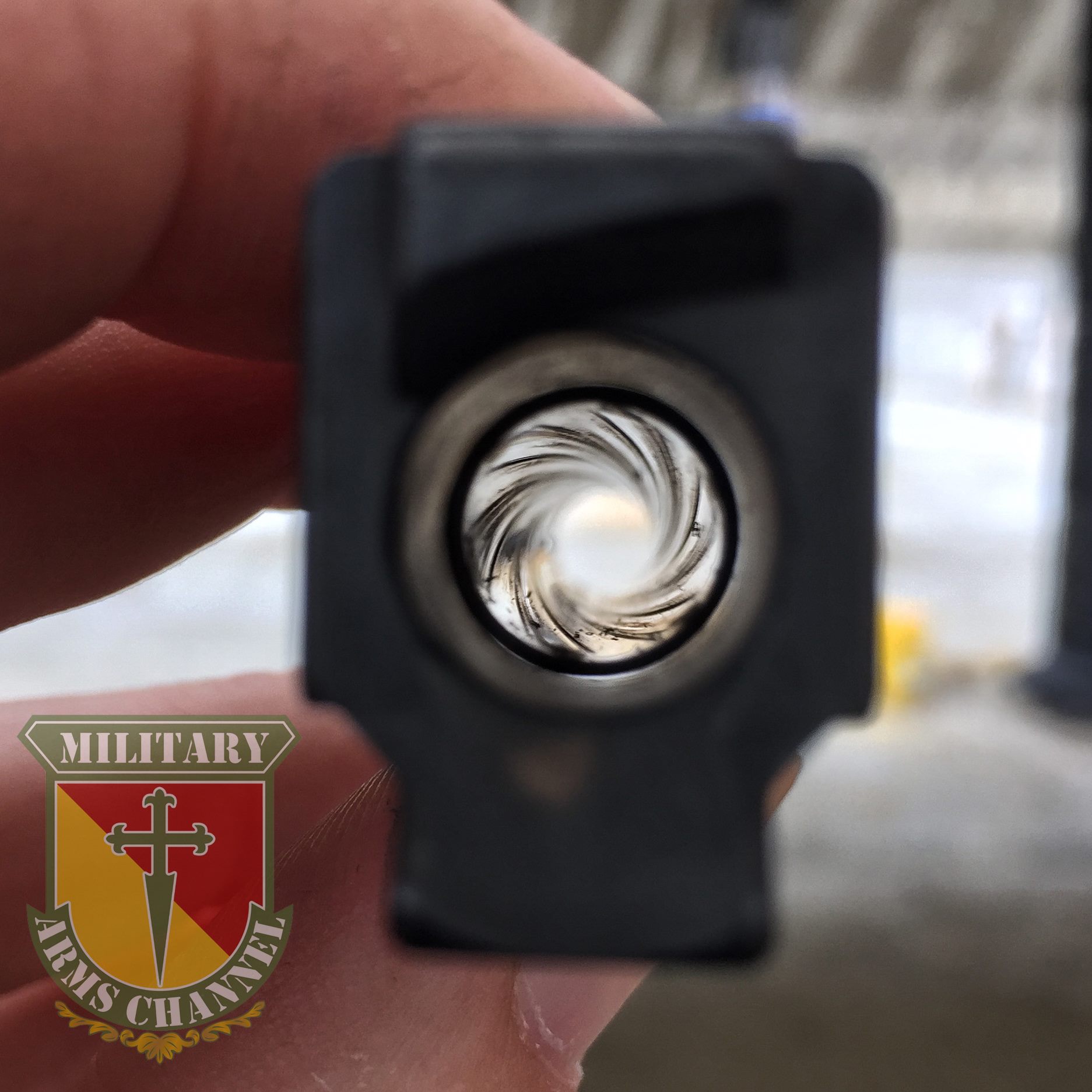 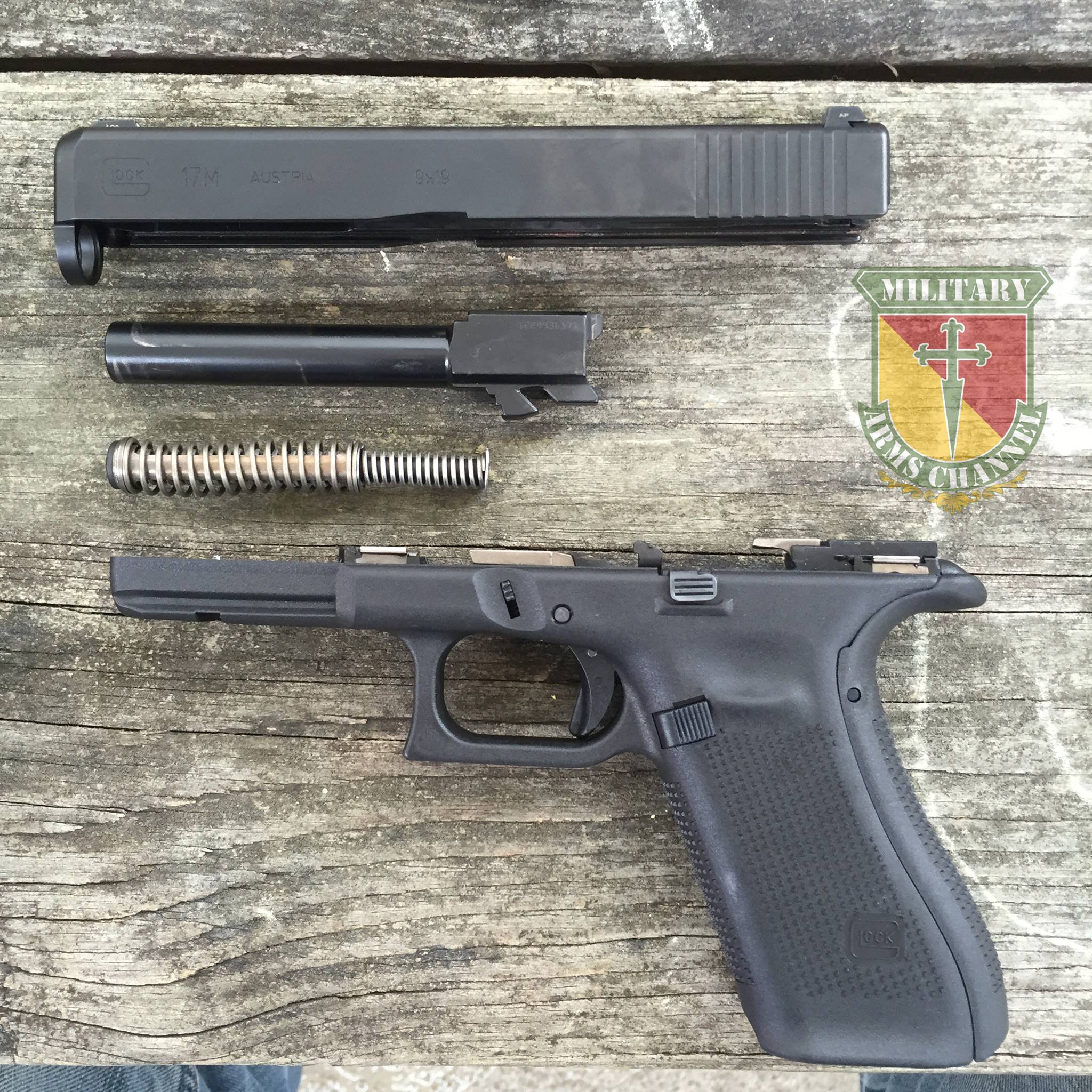 What Are Your Thoughts On The New Glock?

The ambidextrous slide release I’m sure will be helpful for left-handed people.

Glock already registered their Gen 5 trademarks so I’m sure the next gen Glock is in the works, but wonder how much of this will make it to the Gen 5?

The flared magazine — like a magwell to help with easier reloads — is pretty cool too.