Home News Injured Victim Chokes Out Shooter With One Arm 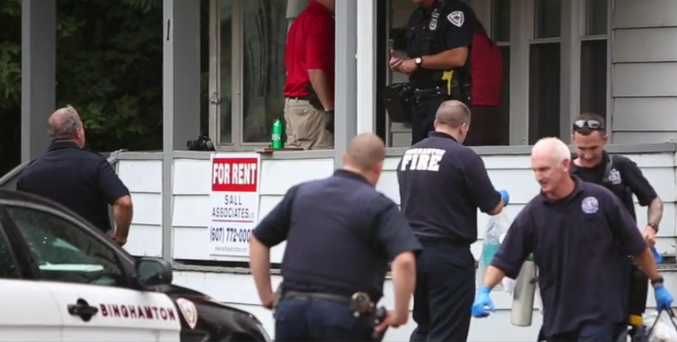 This week I attended a funeral for a 23 year old man (family friend) who was shot in the back of the head. Honestly, I didn’t know what to say to the grieving parents, what can be said of such a senseless act violence?

To the self defense community, I have a really obvious thing to say about preparing for a self-defense shooting: prepare to get shot.

Two people were shot in what appears to be an ambush style shooting. The young man shot in the back of the head probably didn’t have a chance and police say he was an innocent bystander. The unarmed survivor made it through the ordeal by choking his assailant unconscious with one arm after he had been shot. He did this in-spite of an arm wound that is so gruesome police say he may lose his arm.

Police haven’t yet released the exact details on how he manged to choke out the shooter, but the video below should give you a good idea of how it can be done.

Any weightlifter knows the feeling of being unable to touch their elbows together after lifting. In a self-defense shooting you may not be physically able to shoot from a traditional position. A laser sight could work wonders if you can’t align your sights normally after being shot in the chest or shoulder.

If you have a chance please say a quick prayer for David Sanborn and his family. You can read more details about the shooting here.