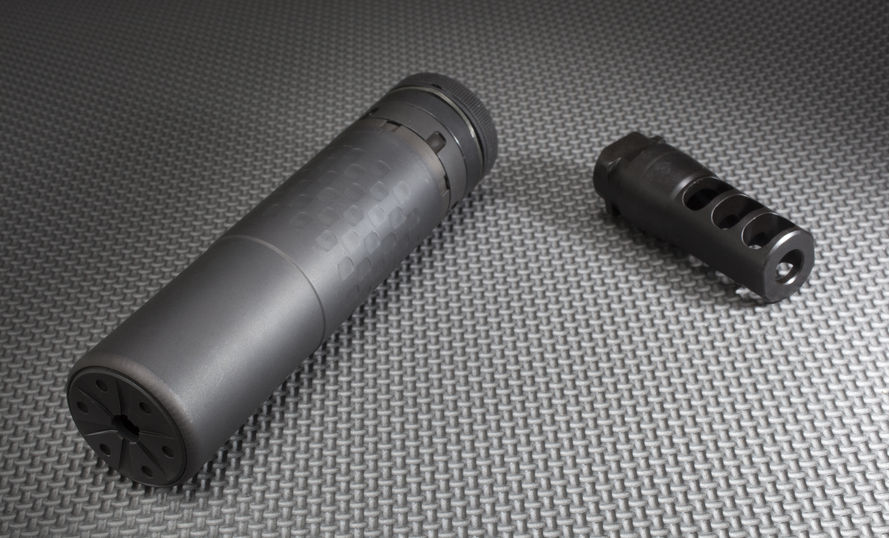 Back in 2013, the governor of Kansas signed a state law that makes legal all guns and gun accessories manufactured inside the state so long as they remain in the state and do not cross state lines.

This law also says that guns, ammo, and accessories made in the state of Kansas are exempt from federal government gun control laws.

Well, one Kansas man put the new law to the test by making homemade guns and silencers. Now, the federal government is coming after him…

WICHITA, Kan. (AP) – When Shane Cox began selling his homemade firearms and silencers out of his military surplus store, he stamped “Made in Kansas” on them to assure buyers that a Kansas law would prevent federal prosecution of anyone owning firearms made, sold and kept in the state.

The 45-year-old Chanute resident also handed out copies to customers of the Second Amendment Protection Act passed in 2013 by the Kansas Legislature and signed by Gov. Sam Brownback, and even collected sales taxes. His biggest selling item was unregistered gun silencers that were flying out of the shop as fast as Cox could make them, prosecutors said later. One of those customers – 28-year-old Jeremy Kettler of Chanute – was so enthusiastic about the silencer that he posted a video on Facebook.

But last week a jury found Cox guilty of violating federal law for the manufacture, sale and possession of unregistered firearms and silencers. Kettler was found guilty on one count for possessing the unregistered silencer.

The case could reverberate across the country because it cites the Second Amendment to the U.S. Constitution, pitting the federal government’s right to regulate firearms against the rights of states. The judge overseeing the case expects it ultimately to end up before the U.S. Supreme Court.

At trial, defense attorneys contended their clients believed the Kansas law made their activities legal, arguing they are “caught in the crossfire” of the struggle between the state and the federal government over gun control.

Cox and Kettler were convicted under the National Firearms Act, which is a part of the Internal Revenue code enacted under Congress’ power to levy taxes. The case raises the question of whether that taxing authority can be used to regulate firearms that stay within state borders. Advocates for state’s rights also contend such guns do not fall under Congress’ power to regulate interstate commerce.

Kettler told jurors he bought the unregistered silencer “because of a piece of paper signed by the governor saying it was legal.” Before trial, he criticized Kansas for “setting up its citizens to be prosecuted” by the federal government.

Jim Howell, a former Republican state representative, said he physically carried the bill around the Capitol and got 55 legislators to co-sponsor the legislation, which won bipartisan support. Lawmakers knew when they passed the law that there was going to be disagreement on who has authority to regulate firearms if they stay inside the state of Kansas, he said.

“I think these gentlemen understood that when they made a choice to do what they did,” Howell said.

Kansas Attorney General Derek Schmidt has intervened to defend the state law’s constitutionality in the first criminal case that has used the Kansas law as a defense. Schmidt said in a statement that buyers’ reliance on the state law as a defense is “reasonable, and it is consistent with the State’s interest in ensuring the Second Amendment Protection Act itself is defended.”

That state law says firearms, accessories and ammunition manufactured and kept in Kansas are exempt from federal gun control laws. It also made it a felony for the federal government to enforce them.

As the article points out, there’s a good chance this case will go all the way to the Supreme Court. And if that happens, how will they rule on this issue? If they rule in favor of states’ rights, it could shatter all federal gun control laws in a single stroke.

And THAT would be a good day for gun owners.