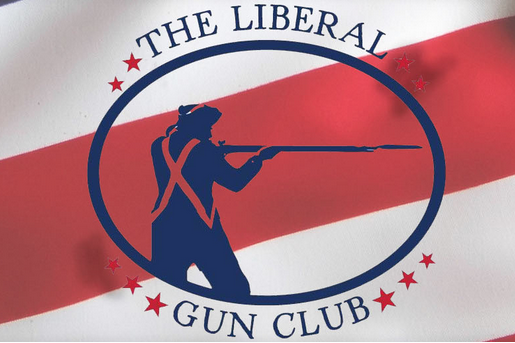 Something really strange has been happening with gun sales, the BBC explains:

Many expected the election of Donald Trump, whose candidacy was backed by the National Rifle Association, to bring an end to the panic buying. Shares in gun manufacturers dropped by as much as 18% following his victory.

But instead FBI background checks for gun transactions soared to a new record for a single day – 185,713 – during the Black Friday sales on 25 November, according to gun control news site The Trace.

Some of this has been put down to gun retailers selling off stock at reduced prices, but there have also been reports of more “non-traditional” buyers, such as African Americans and other minorities, turning up at gun shops and shooting ranges.

Lara Smith, national spokesperson for the Liberal Gun Club, says her organisation has seen a “huge” rise in enquiries since November’s election and a 10% increase in paid members.

Some of the new members are reluctant first-time gun owners, says Smith, concerned that isolated acts of aggression against minorities could escalate into something more violent and that a Trump administration will dismantle key constitutional rights, leading to a “more fascist rule than the US has ever had”.

With so many Democrats screaming that Trump is Hitler, it shouldn’t be all that surprising that some leftists are putting their money where their mouth is, by arming themselves and prepping for an apocalypse.

Keep in mind, that the incredibly biased and often inaccurate BBC is the source for reporting on the supposed surge in liberal gun owners. We don’t have many hard facts that proves that liberals are responsible for the brisk post-election uptick in NICS checks.

Logically, if Trump is some sort of fascist dictator who is going to rile up neo-Nazis and destroy the economy, gun buying and doomsday prepping would be a perfectly rational response. Since many on the political left believe the Trump-is-Hitler premise, the BBC narrative about the rise of the progressive prepper is at least plausible.

The entire BBC article is pretty fun to read, check it out here.

As I have already posted here, Trump’s presidency is, in many ways, turning authoritarian progressives into classical liberals who actually care about the Constitution, separation of powers, and states rights. If some of these progressives want to buy guns to protect the Constitution from future tyrannical rule, so be it.

But can you really call someone who respects the Constitution and desires limited government while simultaneously harboring progressive social views a liberal in the modern sense of the word? Last I checked, that definition would describe at least half of the libertarian party.