Home News GOA To Senate: Don’t Put A Gun To Your Head 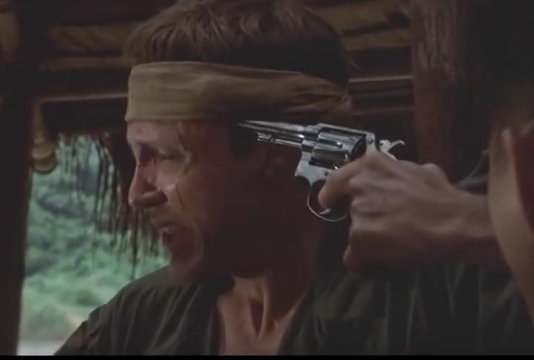 This is an interesting piece from Micheal Hammond, he’s serving as General Consul of Gun Owners of America, and he’s warning the Republican led Senate not to shoot it’s self in the head. At issue is the nuclear option to ditch the filibuster and allow the Senate to ram through any supreme court pick they want with a simple majority.

Micheal Hammond warns that while it might be tempting now to change the Senate rules, such changes could come back to bite Republicans in a big way in the future.

Here’s his argument (From the Daily Caller):

In case you haven’t noticed, Democrats are a lot better at wielding power to their advantage than are Republicans.  And Democrats are preparing to enfranchise 10-20,000,000 illegals and 6,000,000 convicted felons.  Collectively, this change in electoral demographics would permanently freeze Republicans out of power.

And that’s just the beginning:  gun control, taxpayer financed abortion-on-demand, forced acceptance of aberrant lifestyles, forced unionism, sky-high taxes, massive regulation, socialized health care — all of these, and more, will be the permanent and irrevocable legacy of GOP efforts to “nuke” the Senate rules.

Let’s get a couple of issues off the table:  First, there is no legislation on the Republican agenda which could be passed by “nuking” the Senate rules that can’t be passed by other means. Reconciliation can be used for anything with any budgetary consequences, positive or negative. This includes every aspect of ObamaCare repeal that we can get Trump to embrace — in addition to key elements of a pro-active pro-gun agenda.  You can do even more if you “clean house” at the Left-leaning pro-ObamaCare Congressional Budget Office.

Republicans should also actively use the Omnibus to enact the Trump agenda — and dare Senate Democrats to shut down the federal government in order to block a popular agenda.

It’s going to be really tempting to exercise the nuclear option, especially since Democrats like Harry Reid, have been threatening to go nuclear.

Even if Republicans resist the temptation to go nuclear, can they really count on Democrats to return the favor? That’s the only problem with Micheal Hammond’s argument. Since progressives have become so hyper-polarized, it’s doubtful that they will even blink before going nuclear next time they are in power. Things have become so partisan that even minor laws are treated like Nazi-era human rights abuses.

If there is a chance that the left will refrain from going nuclear the next time they are in power, then, by all means, Republicans should try to pass Trump’s Supreme Court picks the old fashioned way. The question is whether or not Democrats will show the same respect when the tables are turned. Harry Reid already said that they would not. Read the entire piece here.