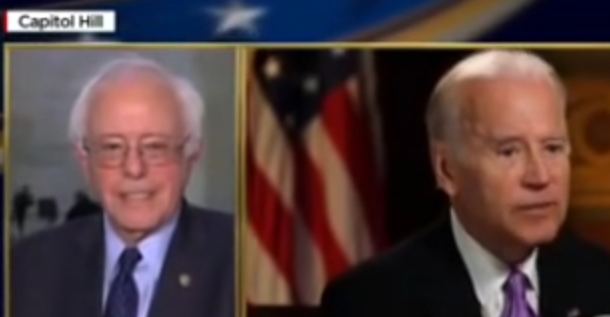 A Democratic Party aligned polling organization (Public Policy Polling) just released the results of a new survey for the 2020 election. Of course, all the favored front runners have terrible voting records with the NRA. Fortunately for the Second Amendment, both of the two most popular candidates among Democratic voters are: over 70 and already failed to win a presidential primary in the past.

Joe Biden leads the way for Democrats with 31% to 24% for Bernie Sanders, and 16% for Elizabeth Warren. They’re the only folks we tested with meaningful support for the nomination at this point. Cory Booker gets 4%, Al Franken and Kirsten Gillibrand each get 3%, Sherrod Brown and Andrew Cuomo each get 2%, and Julian Castro gets less than 1%.

Biden (27%), Sanders (25%), and Warren (23%) all have pretty similar levels of support with white voters. What gives Biden a broader advantage is a substantial lead with African Americans- he gets 45% with them to 21% for Sanders, and 6% for Warren. Sanders retains the edge he had this year with younger voters, getting 35% among those under 45 to 31% for Biden and 10% for Warren. Biden leads overall due to being especially strong with seniors, among whom he gets 35% to 19% for Warren, and 14% for Sanders.

The Democrats could be stuck with two failed candidates who are both pushing 80. Joe Biden ran for President in 2008 and his candidacy was a total joke. Sure, Barack Obama chose uncle Joe to be Vice President, but let’s not pretend that voters would enthusiastically choose him in 2020. If crazy old uncle Joe is the best Democrats have to throw at the Second Amendment, then the Second Amendment is in pretty good shape.

But what if crazy old uncle Joe had a crazy uncle of his own? Bernie Sanders is the second most popular candidate for 2020 and he’ll be 78 years old. A lot can change between now and 2020, but at this point Democrat’s are really scrapping the bottom of the barrel for 2020 candidates.

Losing at the local level for the past six years has contributed to the DNC’s lack of star power and gun control was a major contributing factor to the Democratic Party’s local election failures.