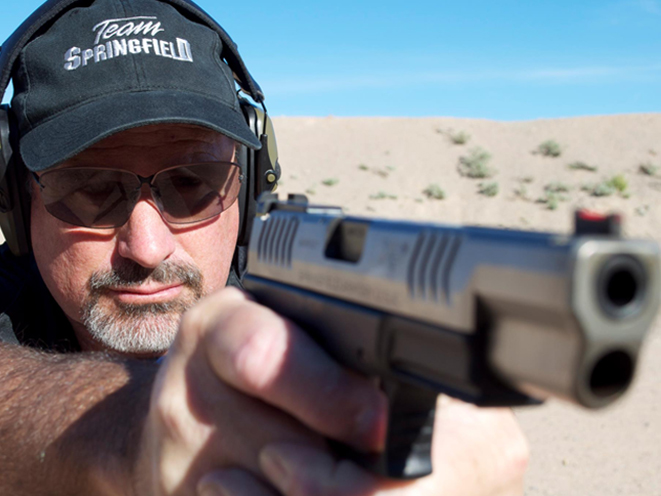 I’ve spilled a bit of digital ink introducing you to Rob Leatham before.

That’s because you absolutely CAN learn a lot from the man they call “The Great One“.

Today, he’s going to DESTROY 4 popular gun myths to make you a better shooter. Check it out:

Rob is no stranger to busting myths.

Remember this? Where he told you to STOP AIMING to become a better shooter?

Let’s see what he has for us today.

Rob reveals why it simply doesn’t matter with handgun shooting … definitely NOT use your left hand (why make it harder?) … and why you should just tilt your head instead of moving the gun!

What stance to use? Weaver? Iscoceles?

Rob says it all in one pithy sentence: “Stance is unimportant. What matters is balance point and ability to control the gun in recoil.”

Boom! Myth busted! Check it out:

(NOTE: I think it’s pretty cool how Rob does the forward pressure thing with his entire body. Never seen that before!)

Ever heard someone tell you to “relax to shoot” because it will make you more accurate?

The gun simply moves around too much when you relax!

What Did You Learn?

Did you learn anything from TGO?

I’ll be keeping his words in mind next time I shoot.