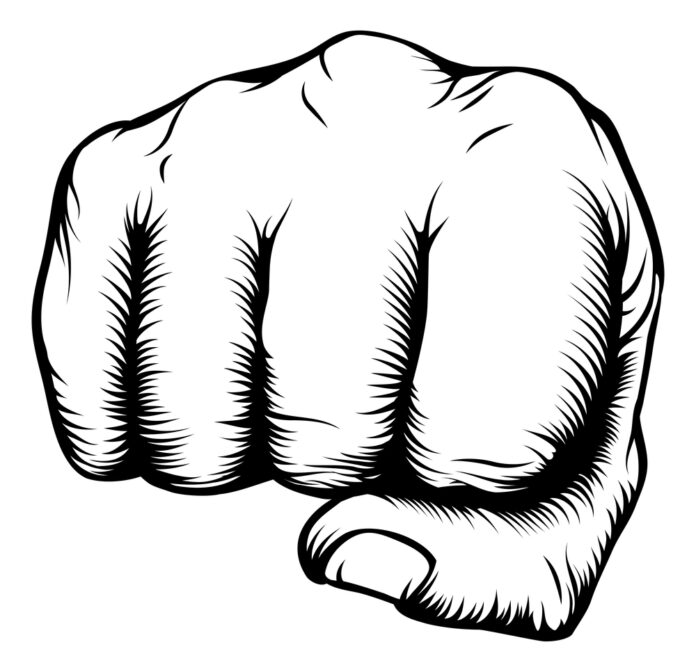 The term bad a** is thrown around so much in today’s culture, that it can be hard to take it seriously. I mean, when they call a pair of shoes bad a** (especially when the store doesn’t carry anything indicating toughness like, say, work boots), does the term really mean that much?

But if you’re Dan Donovan, the term seems specifically made for you. Why? Because this 81-year-old guy fought off three burglars with a walking stick handed down to him from his grandfather. No, I’m not kidding. Marlo Safi writes,

An 81-year-old former Marine repelled three burglars from his suburban Chicago home with an antique Irish walking stick that was handed down from his grandfather, numerous sources reported.

Dan and Barbara Donovan responded to a knock on their door Nov. 4, and found a stranger wearing a reflective vest and face mask carrying what appeared to be tools, the Chicago Tribune reported. The man said he was from the electric company, and  had to check a “fuse box” following a recent fire nearby.

The Donavan’s had gotten a letter about their power company working in their area, so they let him in. But the visit started to turn strange, and the Donovan’s got suspicious. When Barbara Donovan called Dan because someone was in their bedroom, they found two men walking out of their bedroom, one carrying a pillowcase with items inside. Safi continues:

Dan Donovan said he began to chase the intruders, and grabbed his grandfather’s shillelagh while searching for a “persuasive weapon.” A shillelagh is typically crafted from wood, and in the 18th century, shillelaghs were also sometimes used as a weapon in fights.

“So I picked up the Irish shillelagh and that turned out to be the equalizer because I managed to chase them out of the house,” Dan Donovan said.

Now, I have no doubt that the “persuasive weapon” that Donovan was looking for was a firearm. He is a Marine, after all. Still, it turns out that, even at 81, he didn’t need the firearm, and that’s a good lesson for you to learn, too. A firearm is the great equalizer, but you would be wise to be able to defend yourself without it if you don’t yet have your gun in your hands.