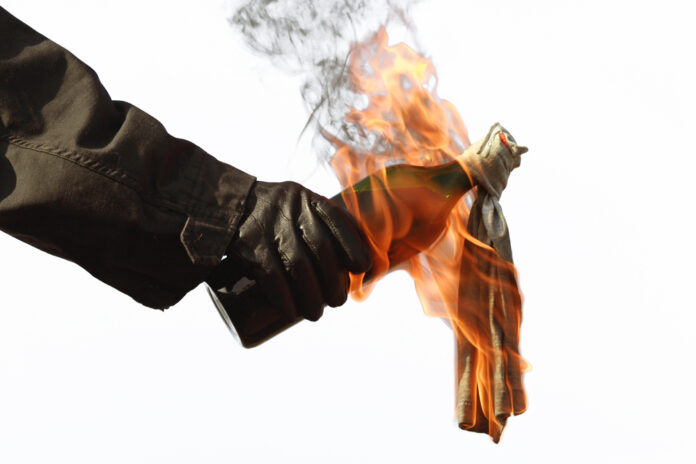 Here is something that you aren’t going to hear from Representative Nancy Pelosi or Representative Maxine Waters or Senator Chuck Schumer or President Joe Biden (and not from Kamala Harris, either). You’re not going to hear it from the mainstream media or any other left-leaning media outlet.

It doesn’t fit their narrative.

But you won’t be surprised by this story if you don’t have your head in the sand about human nature and the nature of firearms. If you’re a regular reader of this site, you’ll agree that what happened is, of course, what would have happened. Gabriel Keane gives us the details:

On Tuesday night a second round of riots and looting took place in Brooklyn Center, Minnesota, which is not far from the riot-and-crime-ridden city of Minneapolis. Footage of Dollar Tree and other storefronts being burglarized in act of civil protest against racial injustice circulated online, and gunshots were routinely heard in the distance.

A few stores in Brooklyn Center were left unmolested, however: businesses guarded out front by armed civilians.

Despite calls to violent “revolution” by looters, they did not appear interested in a confrontation with determined shopkeepers.

This will be a shocker to the politicians named above and their partners in crimes against humanity… fellow politicians who support gun control and the mainstream media, even if this truth can pierce their bubble of delusion. After all, those folks think that guns are the entire problem of gun violence without understanding that gun violence is simply a subset of violence in general. Because they don’t understand this, it doesn’t seem to have occurred to them that getting rid of guns doesn’t decrease murder rates.

Imagine that. Bullies don’t want to be on the receiving end of violence either. The difference is that legal gun owners are, overwhelmingly, the people who don’t initiate violence. No, legal gun owners are the people who understand that being able to use a tool for violence can set up a situation which brings more peace into their lives. It seems paradoxical to those who don’t understand human nature, but it’s perfect common sense to those who do understand human nature.

So, of course, the business that weren’t looted or burned to the ground were the ones with armed guards, and the same principle can apply to your life: the life that doesn’t suffer violence is more likely to be the life that has an armed guard: you.

Use that knowledge to be able to keep you and your family safe.