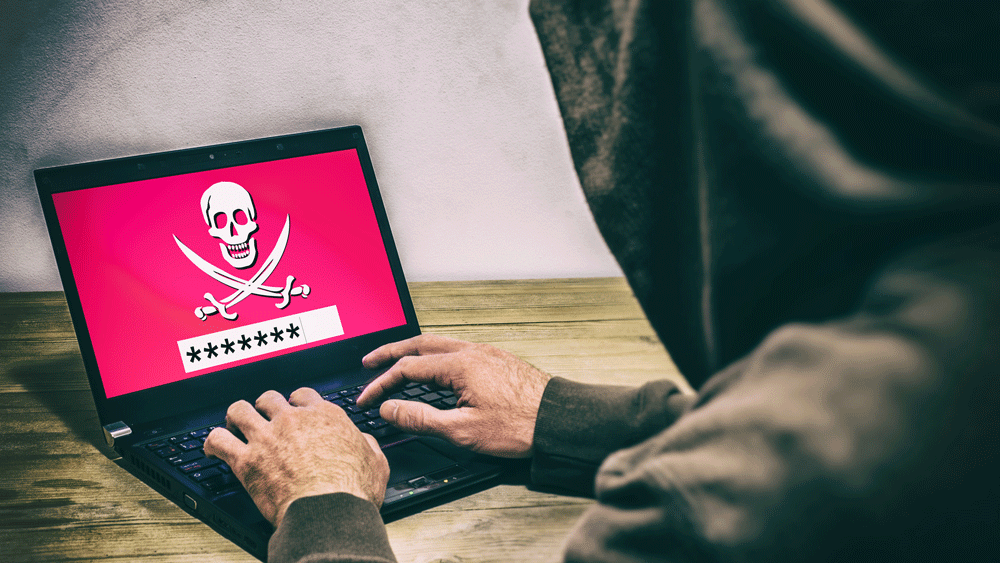 The biggest cyberattack in history hit the world starting on Friday May 12, 2017 and has continued to spread to computers around the world.

Part of being prepared is protecting the important things.

Today, your computers and your digital life are every bit as important as your real life.

The Largest Cyberattack In History

Friday May 12, 2017 a cyberattack started that spread to thousands of computers. The unprecedented attack initially infected over 200,000 computers in at least 150 countries.

The attack locks people out of their computers and encrypts their files, demanding they pay up to $300 in bitcoin — a price that doubles after three days — to receive a decryption key or risk losing their important files forever.

This type of hack/cyberattack is called “ransomware” because it asks for a ransom to end the attack.

Worse, this particular malware also behaves like a worm, potentially infecting computers and servers on the same network.

This Malware Was Allegedly Developed By The National Security Agency (NSA)

The software behind WannaCry was allegedly developed by the National Security Agency (NSA) to penetrate computers using certain versions of Windows.

According to several documents released by the Shadow Brokers’ hacking group, the NSA used this (and many other) Windows hacking tools to target several banks, including the SWIFT banking system.

Microsoft’s president and chief legal officer, Brad Smith, compared the hacking of the NSA software to the “U.S. military having some of its Tomahawk missiles stolen.”

Our government using our tax dollars to create/exploit computers and then “losing” those powerful weapons to God-knows-who.

This Cyberattack Shut Down Hospitals and Public Services

These types of cyberattacks are dangerous to not only your personal files, but could also trigger a SHTF event…

This cyberattack was crippling to some hospitals, utilities, businesses and government agencies.

In Britain, computer systems across the National Health service (NHS) were paralyzed by the malware…

More than 40 healthcare trusts across Britain reported outages after the attack. These outages left thousands of doctors unable to access patient data, emergency rooms were shut down and ambulances re-directed. Some hospitals were forced to cancel crucial x-ray, MRI and CT scans while others were forced to treat patients without access to radiology test results or information about blood-types.

People were warned not to use some hospitals unless it was an absolute emergency.

Imagine the breakdown of our own healthcare system. Scary stuff!

As you probably know by now, our entire Power Grid runs on computers… I could see something like this easily bringing it down.

It was Russia which was hit the hardest by the attack, WannaCry crashed Russian banks, telephone operators and even IT systems supporting transport infrastructure.

China was also hit hard by the attack too — a reported 29,000 organisations in total fell victim to Wannacry.

3 Ways To Defend Yourself From Wannacry Ransomware

The absolute best guide I’ve found to explain the important steps you can take to protect yourself is this guide from CNet.com.

But what you want to do in total is:

Because this ransomware encrypts and holds your files hostage, you’ll want to continually backup your computer.

This Forbes article says it’s the “Single Biggest Protection Against WannaCry And Other Ransomware“.

In short, if you keep your computer updated, then a-best-case-scenario is you just lose a few hours wiping your computer and re-loading all your files. It’s best to avoid this though…

2. Update Your Operating System (and keep it up to date)

Microsoft went out of its way to add some patches for older versions of Windows because this attack was so bad, but like this Cnet article says, update your OS.

And keep the Windows Updates on to keep getting patches/etc

Of course, avoid downloading attachments or clicking on links found in e-mails from senders you don’t recognize.

Only open files and attachments from people you know.

If it looks suspicious, don’t take the risk.