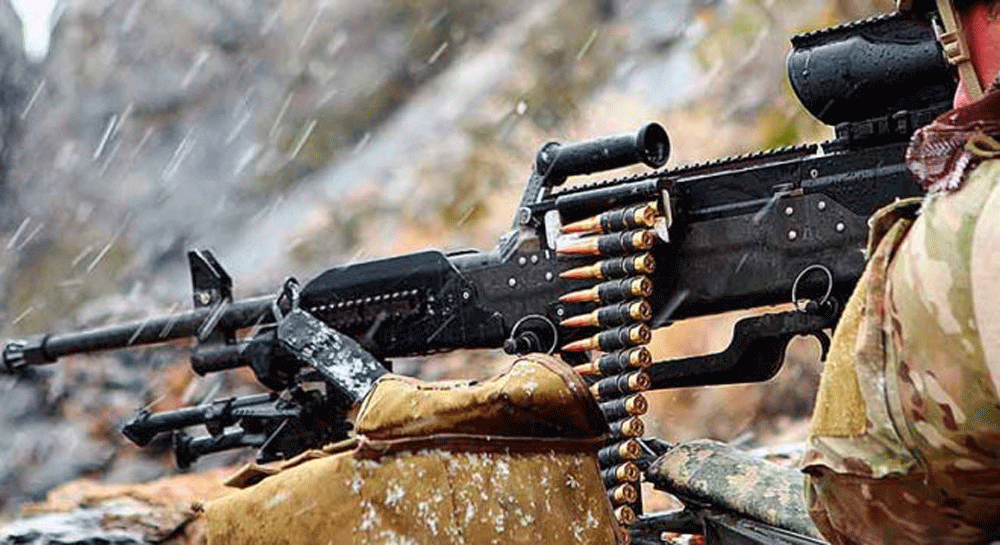 The United States Special Operations Command, in conjunction with the United States Marine Corps, have issued a sources sought notice for an all new Lightweight Medium Machine Gun that could change warfare forever.

It’s amazing what this thing can do.

I came across this story while reading Soldier Systems Daily, and it’s quite interesting.

Apparently, America’s dismounted infantry regularly goes up against the Russian PKM machine gun with around 1,000M effective range due to its 7.62mmR cartridge.

Of course, .308 (7.62 NATO) guns provide an answer to this extended range — but that adds unwanted weight and recoil.

The solution is the development of a new LWMMG with an amazing cartridge.

To quote SSD, “In short, the capability will provide a machine gun which is lighter than the current 7.62mm M240, yet offers nearly the reach of the .50 M2. However, unlike the M2, this new capability will offer pinpoint accuracy at those ranges. What’s more, with the introduction of polymer cased ammo, the weight of ammunition comes much closer to 7.62 than .50.” 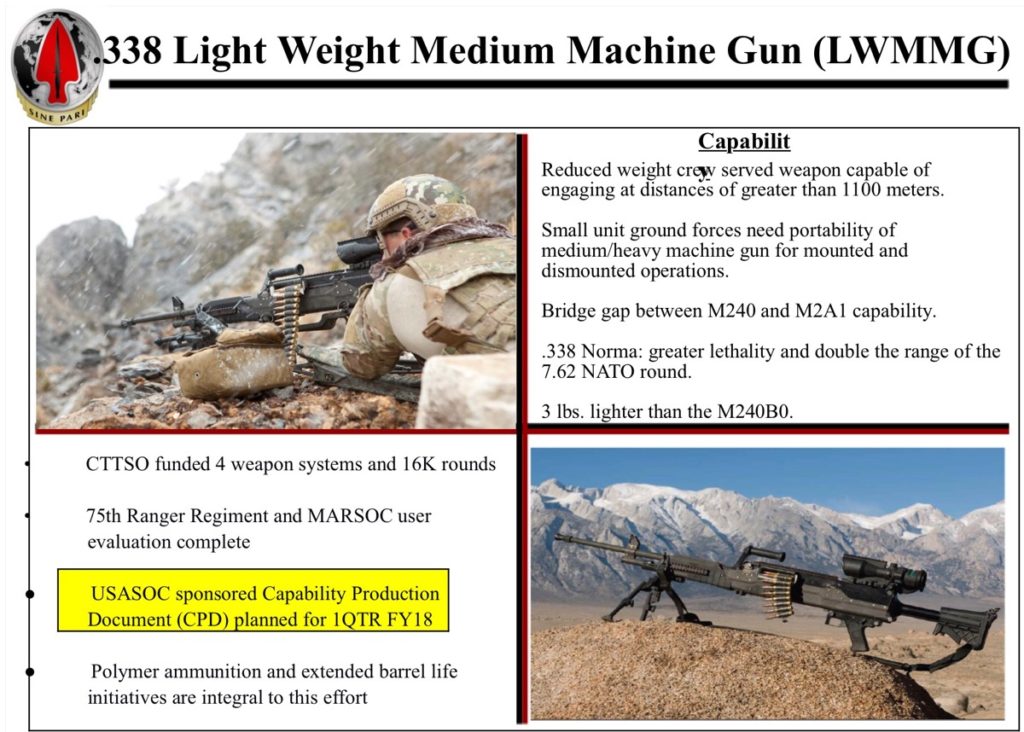 General Dynamics developed it and they say it:

* Eliminates the gap between 7.62mm and .50 caliber weapons, the LWMMG utilizes the highly efficient .338 Norma Magnum cartridge to offer unmatched accuracy and lethality while extending the battlespace out to an impressive 1,700 meters.

* At 1,000 meters, the LWMMG is capable of defeating Level III body armor and incapacitating soft skinned vehicles by delivering over 1,900 foot pounds of energy to the target – more than four times the terminal effect of the 7.62mm NATO cartridge.

* Weighing less than 24 pounds and featuring a fully collapsible stock, the LWMMG offers superior mobility and portability in both mounted and dismounted operations.

* The LWMMG features a quick change barrel with fixed headspace and timing as well as integrated MIL-STD-1913 rails, allowing the use of a variety of optics, lasers and accessories. 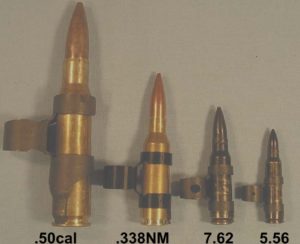 Take a look at the picture above and notice the size difference in this round compared to the other common NATO rounds of 5.56 (Rifleman’s M4 carbine), the 7.62 (the M60 machine gun) and the .50 cal (speciality sniper rifle and other uses).

Essentially as you can see in the slide below, this new LWMMG weighs the same as the current 7.62 machine gun but goes about 1000 meters further and packs more of a punch at all ranges! 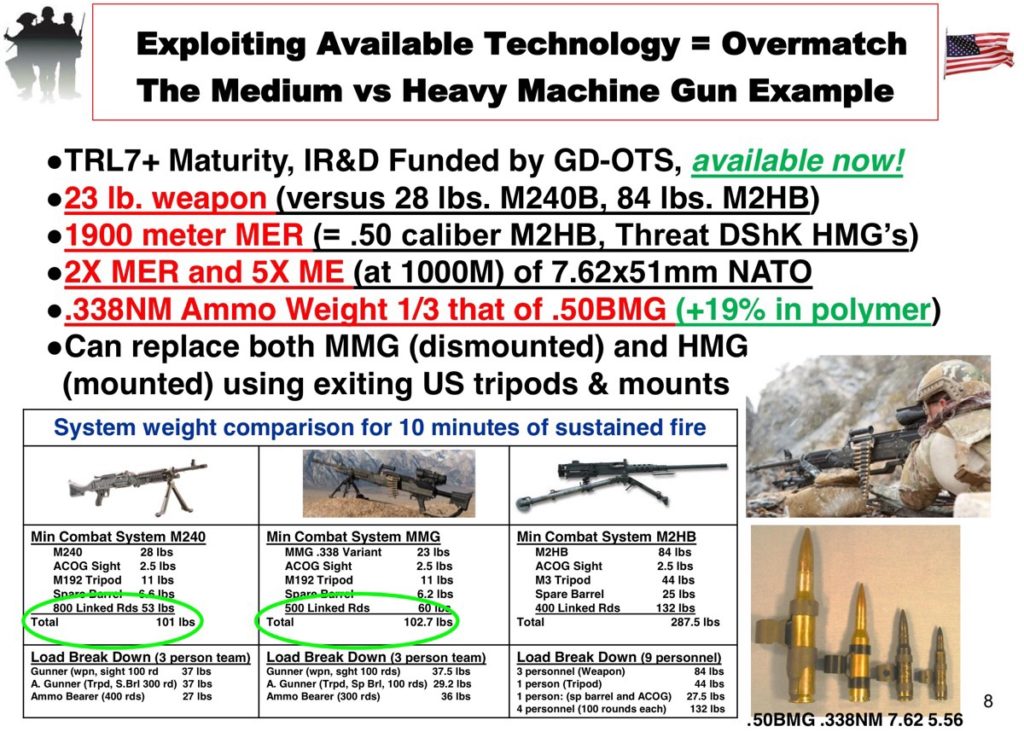 This is the first time that I’ve seen wholesale adoption/planning to use the polymer cased ammunition–I didn’t realize the technology was that trusted already and being used to develop more effective weapons with lighter weight. Pretty neat.

BREAKING: ATF Issues HORRIBLE New Order. Are They Targeting You?