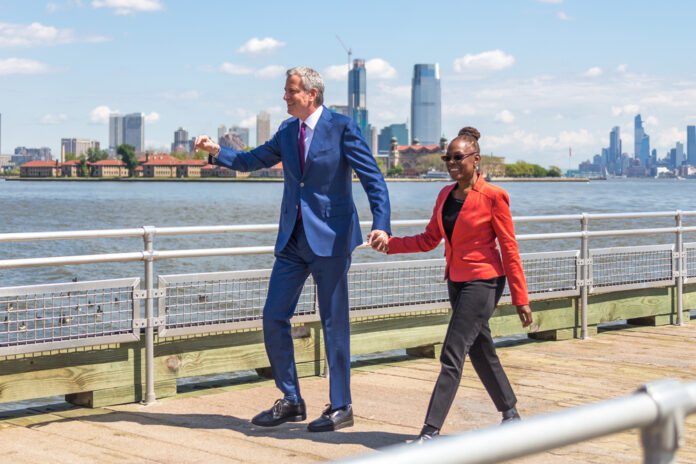 It seems to be one of the defining characteristics of anti-gunners and other leftists to not think through the implications of the policies that they advocate.

In case you had any doubts that this was the case, a recent statement made by the wife of New York City Mayor Bill de Blasio should settle that question in your mind (hat tip to here for the lead). The staff at Sean Hannity’s website gives us the foolishness:

“As attacks on Asian American communities continue, we’re asking New Yorkers to show up for their neighbors and intervene when witnessing hateful violence or harassment. I know that can be frightening when you aren’t sure what to do or say, but you can learn,” posted McCray on Twitter.

“Fear is a normal feeling when stepping into a confrontation, but being prepared can help. I’ll share @iHollaback‘s 5 D’s, which are easy to remember tactics that we can all use to de-escalate a situation. D is for Distract, Delegate, Document, Delay, and Direct,” she added.

The thing is, if McCray really wanted to keep folks in New York City safe, she and her husband would be pro-firearm ownership. We already knew that police can’t be everywhere at once even when fully funded, but if you cut the funding for law enforcement, then it naturally falls to people to take up their own self-defense, and that’s what McCray is calling for.

Sounds like exactly the reality that responsible gun owners have recognized is the real situation in the world.

Instead of the five principles of “Distract, Delegate, Document, Delay, and Direct” that McCray is pushing, it would be better if she faces reality and promotes gun ownership and training. Criminals should be the ones who are afraid that someone has a gun instead of everyday citizens being the ones afraid and, in this case, disarmed.