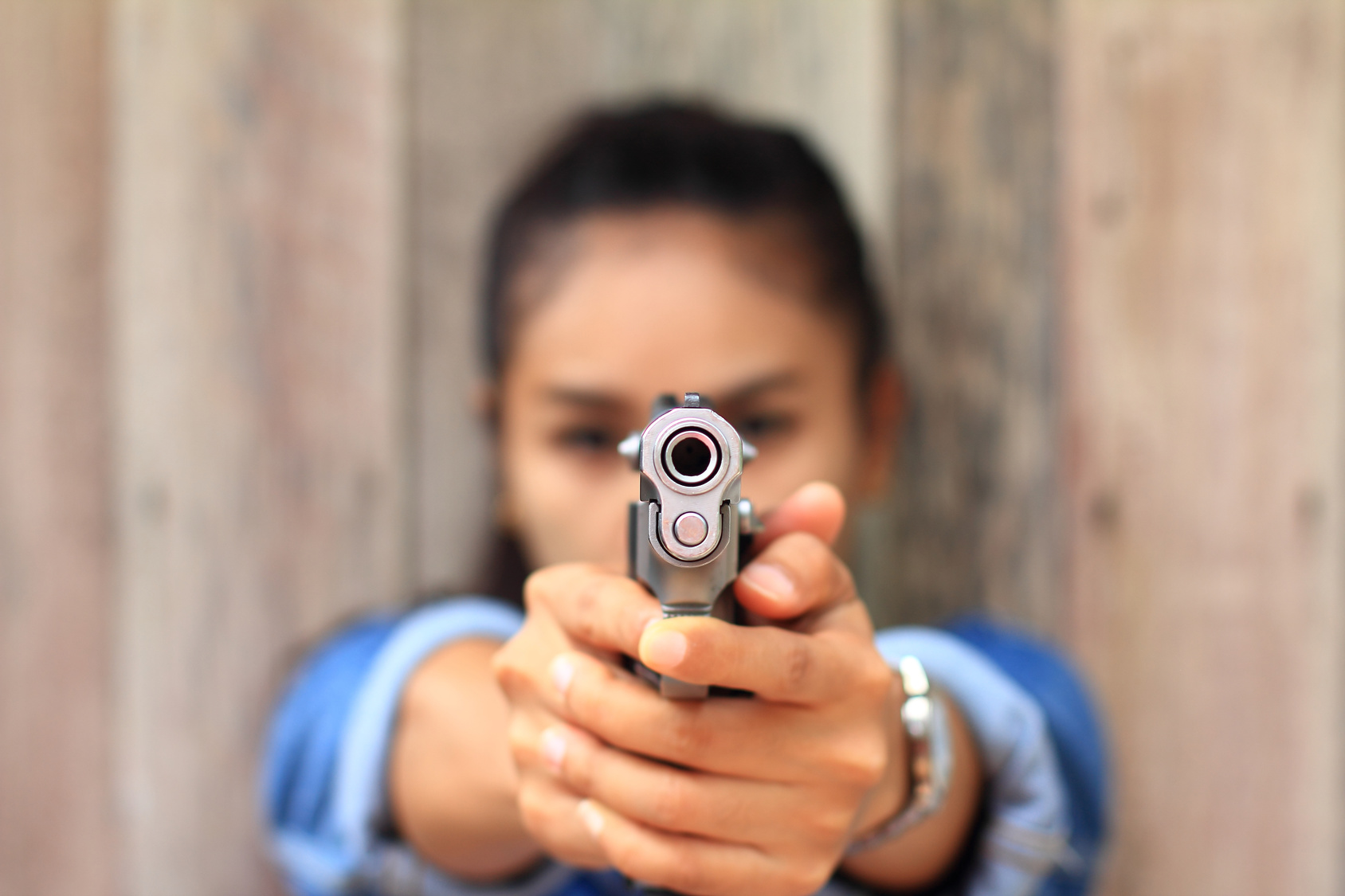 I’m about to make a statement that will terrify many people in America: Children should learn how to use guns.

Now, to be clear (because some anti-gunners will think that I advocate giving a three year old a loaded fully automatic rifle), I’m not saying to be stupid about it. Teaching  your kids how to use guns includes teaching them gun safety, but, in our crazy world, our children have to be able to defend themselves even when they are children.

Take the example of seventeen-year-old Kimber Wood, who has a scary story. There had been reports of a number of police officers in her neighborhood. Because of these reports (presumably because this meant the police were concerned about something in the area), Wood’s parents decided that she should have her father’s .22 pistol to protect herself since she would be home alone.

It’s a good thing, too. A guy entered her home, searched the house, and came to Wood’s room last. It was then, when she didn’t have a choice, that she confronted him with the gun. He ran, and she chased him out of the house and out of her yard, firing a warning shot along the way.  She said, “I refused to be a victim.”

Herschel Smith has this to say about the story,

You mean to say that she hadn’t been trained in all of that tacticool super Ninja warrior stress control training, and she was still able to defend her life with a firearm?  This means massive narrative fail on the part of the controllers.  They won’t be happy.

In fact, in order to maintain the narrative and effect their designs for a defenseless utopia, they would rather she have been raped, or killed, or both.  Everytown and Bloomberg have already told them to try to change their names from controllers to “gun law advocacy groups.”  They’re very concerned about their image these days.

However, I would recommend in the future that she not shoot at fleeing people unless she wants huge trouble with the prosecutors and courts, and for heaven’s sake, don’t fire warning shots.

I agree with Smith about the warning shots (gun training may have prevented this dangerous action), but, unlike anti-gunners, I’m glad that Wood had her father’s gun to keep her safe. If you have a daughter, she needs to learn how to shoot so that she, too, has the ability to refuse to be a victim.