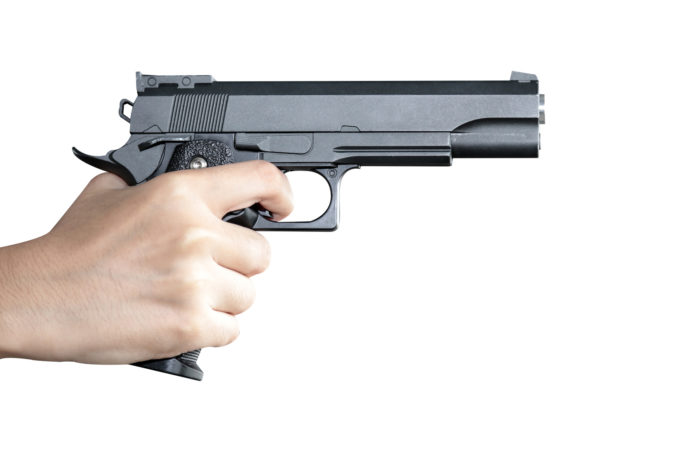 You’ve probably heard it said that the 2nd Amendment is what guarantees the 1st Amendment, and there is a lot of truth to that statement. A recent story serves to prove that point once again.

As you probably know, people who research vaccines with a critical eye get a hard time in the mainstream media, but, regardless of what your thoughts are on whether vaccines are a good idea or a bad idea, whether they actually work or not, one of the necessary things to find the truth about a subject is for people to be able to say things that we disagree with. Unfortunately, for vaccine researcher Dr. Suzanne Humphries, some people are so opposed to her thoughts about vaccine usage that they sent her death threats.

Understandably, Dr. Humphries was concerned. She contacted both local law enforcement and the FBI but hasn’t had much of a response from either of these law enforcement organizations. So, Dr. Humphries has had to take her safety into her own hands, placing her trust in God and in the exercising of her 2nd Amendment rights. She said in a recent video about the issue:

Thank God we don’t have the kind of gun laws in this country that there are in the U.K. and in Australia and in New Zealand. Thank God that we have the ability to protect ourselves, because heaven knows nobody else on this earth except the angels and God above are going to do it besides us.

And she has good reason to be thankful. Gun laws in the U.K. and Australia are strict enough that, basically, only those who wish to misuse firearms to harm other people without justification (i.e. for reasons other than self-defense) have access to firearms because they are willing to use illegal methods to get their hands on them.

Again, whether you agree with Dr. Humphries or not on the issue of vaccines is beside the point here. The point is that she needs to be able to say what she wants to say about vaccines without receiving threats of physical violence, and she knows that her firearms will be what keep her safe should someone attack her for her personal viewpoints.