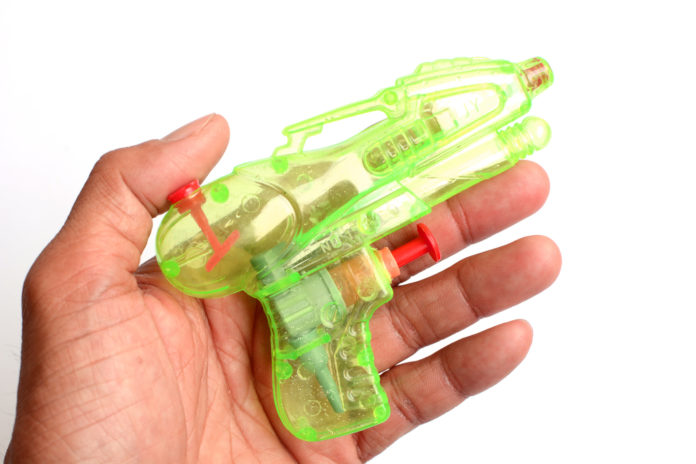 What do your kids do when they get a new toy for their birthday? They show it to their friends, don’t they?

Unfortunately, in our anti-gun hysteria society, ignorant people who, apparently, can’t read, call in law enforcement to traumatize a teenager because those ignorant people don’t know the difference between a toy gun and a real firearm [hat tip to here for the lead]. Rachel Blevins writes,

A teenage boy was arrested and detained for the crime of posting a photo on social media of a toy gun he received as a birthday gift. Despite the fact that the photo included a “Warning” sticker on the gun, which stated that it was a toy, the student was suspended from school and treated as a criminal.

Now, if that isn’t ridiculous enough, the picture that this kid posted showed that it was unloaded and that the chamber was empty. But some busy body decided to call the police anyway.

And, frankly, the police should have known better. They should have looked closely enough to realize that this was an airsoft gun not some kind of “assault rifle” (which means a gun that looks really scary to people who don’t know anything about guns).

But that didn’t stop the cops from waiting until the kid got to school where he was arrested and searched. And, then, only at that point did the school or law enforcement call his mother about her son’s arrest. Why did they call her then? To have her meet them at her home so that they could search the house (Think they had a warrant? I doubt it.).

This is simply a travesty of justice. The law enforcement officers in this situations should have paid attention to the gun in the picture to see that it was unloaded and was a toy, and this issue shouldn’t have gone any further than possibly talking to the kid to advise him that posting pictures of any guns on social media gets ignorant people in a panicked frenzy, so don’t do it.

But that’s not what happened. In my opinion, this mother should sue both the school and the law enforcement in her community for harassment and for not doing their jobs. Shouldn’t they be teaching kids and catching criminals instead of harassing teenagers about toy guns? It’s just ridiculous.