Home News Well, This Is A Twist On The Arming Teachers Debate 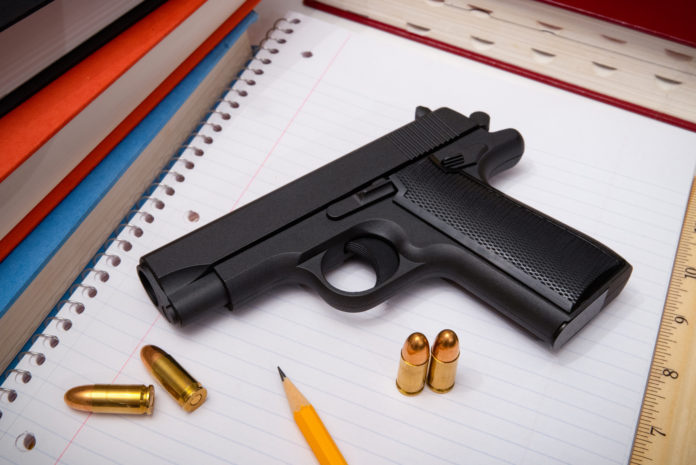 Since the Parkland, Florida shooting, the debate about arming teachers has raged hot and heavy with both sides getting entrenched in their particular points of view. Anti-gunners are screaming that guns on campus will make schools even more dangerous (never mind that school’s gun free zones set up students as easy target practice for sickos). Pro-gun people are argue that arming teachers may be the best hope for keeping American children alive.

But this is the first time that I’ve seen this suggestion. Rob Jennings gives us details about this surprising proposal:

Raritan Township Committee member Louis Carl Reiner argued that state lawmakers should approve legislation “making concealed carrying of a firearm mandatory as a condition of employment,” in a five-paragraph letter posted by TAP Into Flemington/Raritan.

“Passing likeminded legislation at the federal level in concert with state would be the best and most effective way to end ‘gun violence’ in America,” Reiner wrote in his letter, referencing the mass shooting at a Parkland, Florida high school.

Reiner has since clarified that he would support legislation requiring new hires to have a carry permit but would not force teachers already on payroll to obtain a permit to continue to teach.

Now, it’s fair to say that it’s incredibly unlikely that Reiner’s proposal will get any traction in a state which recently had six pieces of gun control legislation signed into law. At least not anytime soon. But it’s still good to see that someone in that state has some guts to stir up some controversy for a good purpose.

To be fair, though, with teachers seeming to very often lean more anti-gun than pro-gun, if something like this passed, it might be very difficult for New Jersey to find enough new teachers. So, in the unlikely even that the the legislation were to pass into law, it would likely be overturned quickly so that they could find teachers for the classrooms.

Still, if there were a school in which all of the teachers were trained and armed, that would be where I want my children to attend.