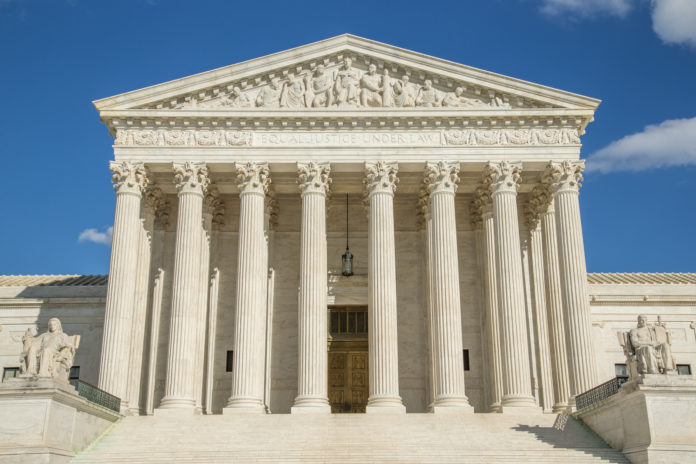 As you know, anti-gunners are up in arms (metaphorically, of course) about Donald Trump’s nominee for the next Supreme Court justice, and, when you find out more about him, you can see why. Brett Kavanaugh has a record of leaning towards rulings that favor the Constitution (in other words, he has a record of doing the job that he was sworn to do).

And, while this record drives anti-gunners crazy because they are afraid that he’ll squash their dreams of a total gun ban, pro-gun people have a reason to like Kavanaugh for the same reason.

So, to bring a smile to your day, read what AWR Hawkins writes:

Judge Brett Kavanaugh, President Trump’s nominee to the Supreme Court of the United States (SCOTUS), has made clear in judicial writings that banning a certain “class of arms” is like banning a particular “category of speech.”

The Los Angeles Times quoted Kavanaugh writing, “A ban on a class of arms is not an incidental regulation. It is equivalent to a ban on a category of speech.”

Kavanaugh’s statement indicates his understanding that the rights protected by the Bill of Rights are of a cloth and possessed by the people on an individual basis. And his use of a First Amendment example to demonstrate the danger of an attack on the Second is a clear indication that he knows that each natural right is to be protected with vigor.

I just love reading quotes like that because it excites me to know that we have the very real possibility of having another justice on the Supreme Court who actually cares about doing his job instead of trying to change the U.S. from the bench (if they wanted to write legislation, they should have run for Congress).

And, if you’re concerned about Trump’s chance of getting Kavanaugh appointed, then read what else Hawkins writes:

[anti-gun California senator dianne] Feinstein did acknowledge that Trump nominated Kavanaugh at time that puts red-state Democrats in a tough place. Senators like Joe Donnelly (D-IN), Joe Manchin (D-WV), Jon Tester (D-MT), and Heidi Heitkamp (D-ND) will have to go against their constituents pro-gun positions, as well as their constituents strong Trump support, in order to vote against Kavanaugh.

They will then have to face those same constituents as they run for re-election this November.

If Feinstein admits that this presents a challenge to anti-gunners wanting to block Kavanaugh’s appointment, then that is a good sign because you can basically interpret it as her trying to explain now why they weren’t able to block him from the bench.

I see that as a very good thing.