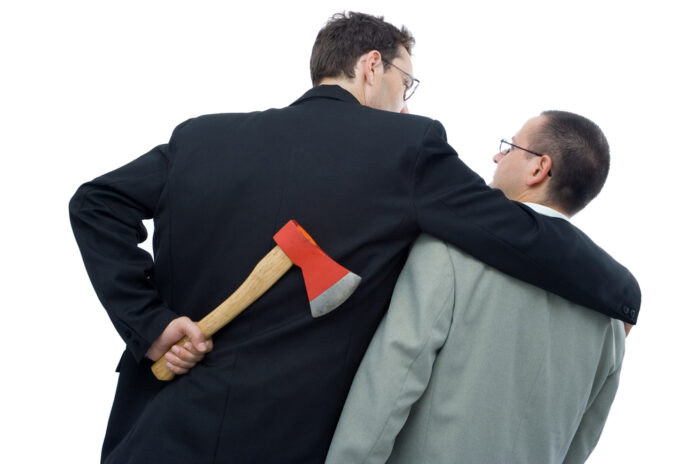 I can’t stand hypocrites. You know, the kind of people who tell you to “do as I say, not as I do.”

Well, New Jersey Governor Phil Murphy is showing himself to be a typical anti-gun politician. In other words, guns are okay for people near him to have but not for you to have (hat tip to here for the lead). Jessica Chasmar writes,

The National Rifle Association has dubbed New Jersey Gov. Phil Murphy “freedom-hating” after he defended keeping his armed guards despite closing gun stores as “nonessential” businesses due to the coronavirus pandemic.

The NRA highlighted a moment from Mr. Murphy’s press conference Wednesday when he was confronted by a man who pointed out that the Democratic governor still enjoys Second Amendment protection while many New Jersey residents no longer can.

The man told the governor, “The poorest minorities living in the most dangerous cities with the highest crime rates now have absolutely no way of buying a firearm. I lived in Newark and I understand this firsthand. You surround yourself with armed guards, so clearly you understand the benefit of the Second Amendment.

“At this moment, how can a New Jersey resident who isn’t already a gun owner exercise their Second Amendment rights?” he asked.

Mr. Murphy responded by saying he holds a “philosophical disagreement” with people who argue in favor of more guns.

“A safer society, for my taste, has fewer guns and not more guns,” the governor said, adding that also includes keeping the guns that already do exist in the hands of the “right people.”

I’ll give Murphy this: at least he was honest about it. He doesn’t like the “taste” of the idea of people who aren’t protecting him and his cronies having guns.

Of course, the hypocrite in political office is the one who wants to consolidate power for themselves at your expense, and, frankly, this is why the 2nd Amendment is in place in the first place: to protect ordinary, everyday Americans from power hungry people like Phil Murphy.