Home Guns Gun Control Isn’t About Guns Or Safety. It’s About This. 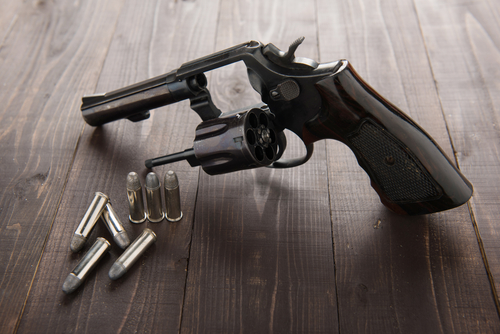 You’ve heard the whining and gnashing of teeth by anti-gunners that gun control is for our safety and to protect our children, and, to be fair, there are probably a good number of them that have bought into that nonsense. However, if you think that gun control is about guns or safety, then you are sadly mistaken.

No, the end goal of gun control is people control. At least, that is what W.M. Peterson believes. Peterson writes,

This oppressor we are dealing with wants to take everything from us. We keep giving an inch and the predator keeps taking a mile. Such is the nature of the beast. This article was written with the 2nd Amendment in mind but it extends far beyond that. Right now ‘they’ say that they don’t want to disarm the people per se, they only want to curtail gun ownership a bit and make it much tougher to purchase firearms. How altruistic. Unfortunately, this is another blatant lie and just another step on the path to total public disarmament. The goal eventually is for massive confiscation of private property, restriction on travel and use of land, financial collapse and large-scale civil unrest. This design of theirs is outlined in official documents such as the U.N’s Agenda 21 and Agenda 2030. They make no bones about what their plans for the near future are and it seems to me that in order to meet these goals they would have to ensure the least amount of resistance possible – i.e. complete disarming of the American people.

Now, whether you agree with Peterson or not about the intentions of those who promote gun control, the fact of the matter is that Peterson is right that, whenever control has been enacted, civil liberties and private property disappear and are seized by those who still have firearms (i.e. the people running those governments).

Unfortunately, anti-gunners are too historically illiterate to know that they want to sell us down a river to serfdom. We must not let that happen.

Biden Wants Your Kids As Vulnerable As Possible, But They May...